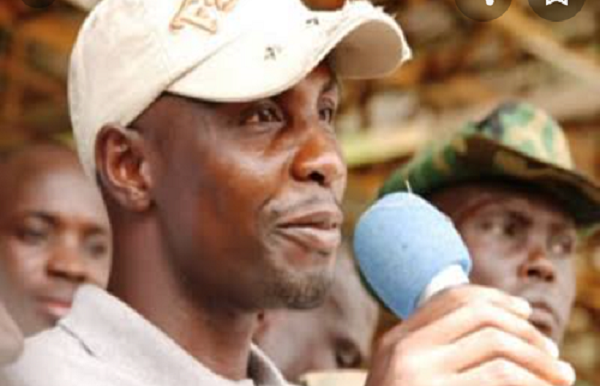 Leader and Commander of the defunct Movement for Emancipation of Niger Delta (MEND), Government Ekpemupolo, aka Tompolo has been awarded a contract by the Federal Government to curb oil theft in the Niger Delta.

It was gathered that the government and the Nigerian National Petroleum Corporation (NNPC) Limited signed the deal with Tompolo to end illegal bunkering, illegal refining and other forms of oil theft in the Niger Delta.

The deal was worth over N4billion monthly.

However, the figure and details of the contract could not be immediately confirmed officially as of press time.

The former MEND commander, known for his creek credibility, will monitor and oversee other surveillance contracts, contractors and their activities in the entire Niger Delta.

It will be recalled that Tompolo played a similar role during the former administration of President Goodluck Jonathan when Diezani Alison-Madueke was the Minister of Petroleum.

But the contract was revoked by the present government that has in turn restored the old contract. Before the cancellation of the contract, arrangements was put in place to tackle illegal bunkering and increased production quota to over two million barrels per day.

The contract was renewed since the country is losing over 500,000 barrels per day to illegal bunkering.

The contract was brokered by the Minister of State for Petroleum, Chief Timipre Sylva and some top officials of Nigeria National Petroleum Company Limited (NNPCL) including the Group Executive Director, Upstream, Adokiye Tombomelye who hails from the Niger Delta region.

As a new profit-making venture NNPCL is determined to curb all illegal activities affecting its operations and making it run at a loss every month.