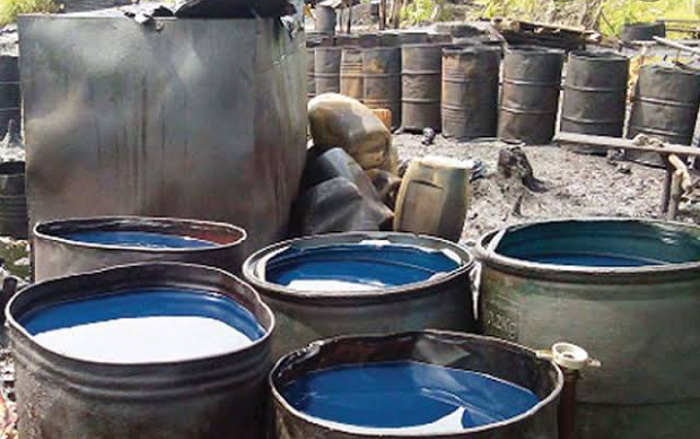 Surmounting insecurity and threats in the oil and gas industry, evolving strategies was the theme of the 40th Nigerian Association of Petroleum Explorationists (NAPE), All Convention Luncheon that was held in recently in Lagos.

Nigeria is unable to meet its production quota due to crude oil theft and losses sustained are worrisome to industry stakeholders because it poses major threats since oil is the country’s mainstay.

Speaking at the NAPE Luncheon, Mr. Dennis Amachree, a security expert and consultants was of the view that ethnicity, religion, politicians and corruption are major causes of the menace.

Amachree disclosed that about 500 Barrels Per Day (BPD) are stolen through pipeline theft. Investigation shows that expertise is needed for theft and it is not a job that the locals can be involved. Labour market has brought new entrants into oil theft with fuel buying and trading constituting threat in the value chain.

However, major players like the United States and the West have been developing and deploying Electric Vehicles (EVs) making investors to be skeptical to invest in the oil industry as fossil fuel is being discarded.

Amacheree noted that existential threat has to be addressed in the country due to proliferation of small arms across Nigeria’s boarders. Insurgency and terrorism are beign used to fund terrorism making Nigeria a fertile ground for insecurity hence the country is under siege. Sophisticated arms such as AK 47 is sold about five hundred thousand naira. The root cause of national insecurity and ethnic militia in the country must be addressed.

A democratic government needs a virile criminal justice system to prosecute perpetrators hence the clamour for state police is a welcome development to augment policing system. Nigeria police strength is low for a country of about 200 million people.

Notwithstanding, to resolve the issues of threat to insecurity, Amacharee made it known that deployment of modern equipment to the police to monitor the country’s boarder is paramount in addressing the problem. Creation of energy response team and judicial board of enquiry for oil theft are necessary if the ugly trend will be nipped in the bud. Unfortunately, at present, there are no major prosecution on oil theft and the menace continues.

The security expert told stakeholders in the industry to be mindful of their movement and identify exits in public places so as to respond to emergency. Observing people in crowded places, limit distractions, be strategic and change positions. In this political era with electioneering, people should avoid beign kidnapped for ritual purpose.

Apparently expressing his views as a professional operator in the oil industry, Dr. Layi Fatona bemoaned the fact that Nigeria has lost its place as a leading oil and gas country in Africa to Angola and Libya with decline in oil production. Insecurity and oil theft continue to pose challenge to the industry as companies spend 20% of income on security. “The management of a company will be worried that what shouldn’t be its business goes for security.” Companies are struggling to cope with the situation. Close to 103 to 120,000 barrels per day are either stolen or lost in the first quarter of 2022. Ultimately, $3.3 billions have been lost to oil theft.

Dr. Fatona revealed that the Independent Petroleum Producers Group (IPPG), a group of independent oil companies in Nigeria took up the responsibility of fighting oil theft. He lamented, “can you imagine what $3.3 billion lost through oil theft could have done great things for the country?”

The pioneer indigenous operator in Nigeria’s oil industry was doubtful if Nigeria could ever meet OPEC quota due to oil theft as the country produces less than 1million barrels per day.

On the strategies to curb crude oil theft, Dr. Fatona said the government has to convince stakeholders that oil theft is not been sponsored by the state and taking drastic action to stop the menace.

According to Dr. Fatona, there has to be prioritization of engagement and deployment of of host community as part of solution to the problem. Many indigenous companies have involved locals to police pipelines. If the host communities are deployed and engaged they will not allow Pipeline Right of Way (PROW) to be tampered.

Besides, there is an advance technology that can take care of the situation if well deployed with proper investigation of crude oil illegal refining.

Most importantly, government should make a laudable pronouncement and prosecute perpetrators. Government should put a check to the seemingly collaboration between security agencies on oil theft.

Dr. Fatona recalled that as a young Geologist, it was easy to collaborate with host communities about thirty to forty years ago. For instance, Niger Delta Exploration and Production relates with its host community and the company has not recorded any oil theft due to the understanding and sound relationship its host community.

Lending his voice to issue around oil theft, Mr. Kanu Kanu, a Fellow of NAPE also stated as a young Geologist working in the Niger Delta, he was paid on cash and got money to run company operations of the crude. “Money will be brought by speed boat in cash and workers will be paid without any harassment, but today, the situation has changed due to insecurity.