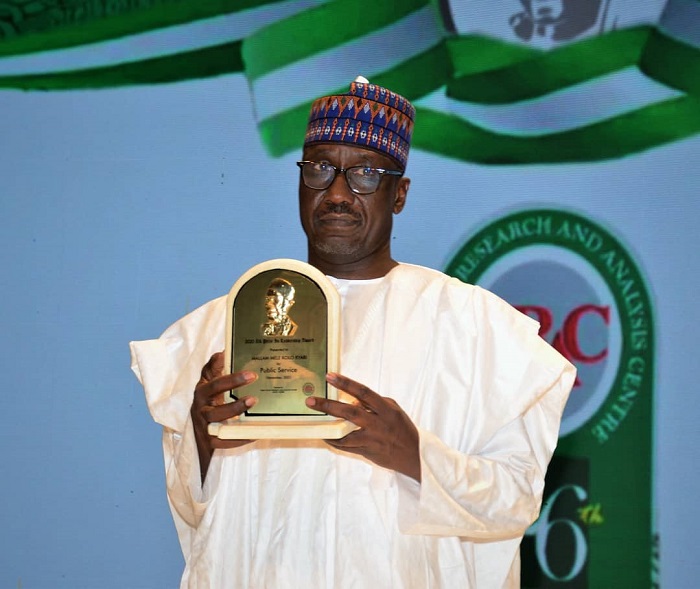 Kyari, who spoke on Newsnight, a pre-recorded programme on Channels Television, said both government and security officials are deeply involved in the sophisticated theft that has seen Nigeria.

While noting that the extent of the collaboration remains largely unknown, the NNPCL Boss added that the ugly trend is powered by use of sophisticated technologies that make illegal pipelines evade detections.

“When you introduce technology into stealing and this is precisely what they did and when there is a collaboration of people who should not be part of that transactions, you can lay pipelines and no one will see it,” he said.

“You can do it in the night if you have the abilities and ultimately, this is what we think happened. You can lay pipelines for the wrong reasons to abandon or active assets. You will see end-to-end collaboration either by people who are around those assets, people operating the assets or people supposed to provide security.

“You can eliminate anything. When you find collaborators in the system, then you can get anything done. We didn’t know because the extent of collaboration is unknown to us.”

However, the GCEO stated that the Nigerian government has stepped up strategies to combat the scourge with the deployment of helicopters for 24-hour surveillance to monitor and protect pipelines, among other measures.

According to him, One of the measures is that the authorities backed by other stakeholders now have full surveillance of the nation’s oil infrastructure and are facing this challenge squarely.

He added that the measures which also include a N4.5bn monthly pipeline surveillance contract with Tantita Security Services, a security firm owned by former militant leader, Government Ekpemepulo, popularly known as Tompolo, are producing positive results and will be sustained.

Crude oil theft has become a very thorny issue in Nigeria for several years with unimaginable volumes of oil being lifted by some cabal in the oil industry, with serious consequences on the country’s economy.

Nigeria, Africa’s largest economy, is the only oil-producing country that did not benefit from the oil windfall orchestrated by the Russia-Ukraine conflict.

The West African giant was losing about half of its daily oil production to the oil thieves before some of the pipelines they used were discovered. Last month, Kyari lamented the discovery of a 4-kilometer pipeline from the Forcados export terminal, being used to steal oil for nine years, resulting in the theft of hundreds of thousands of barrels of oil per day.

Similarly, Tompolo’s Tantita Security Services said about 58 illegal oil points have been discovered so far since the operation to end oil theft on the waterways of Delta and Bayelsa states began in the last quarter of 2022.

More illegal pipelines are still being discovered, underlining the depth of the oil theft that has significantly reduced Nigeria’s oil output and revenue.