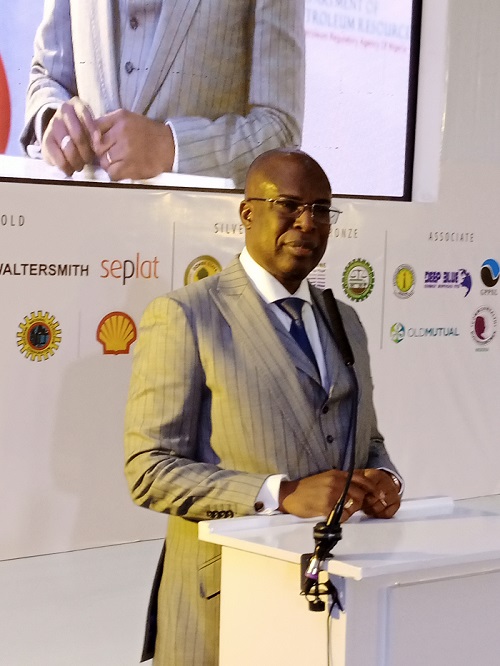 Speaking at the Seplat Energy Summit 2021 with the theme “Global Trends in Energy Transition and the Africa Perspective,” Minister of State for Petroleum Resources, Timpre Sylva, made it known that the Petroleum Industry Act (PIA) would play a significant role in pushing the country’s energy transition.

In his words: “The PIA 2021 will undoubtedly assist in harnessing Nigeria’s potential to achieve its plan of increasing oil production to 4mb/d and oil reserves from 37bbls to 40bbls, while also drawing on the country’s estimated 600TCF of natural gas reserves to provide clean and efficient energy. These resources will be crucial in supplying world markets with a broad portfolio of energy options, as well as supporting the global endeavour to alleviate energy poverty as envisioned in the United Nations’ Sustainable Development Goal 7.

This is our approach to the issue of renewable energy and the energy transition. While acknowledging our commitments to net-zero as a nation, there is no gainsaying the fact that Nigeria requires fossil fuel as its base load energy source. This is undoubtedly a major concern for climate activists in developed nations, but the clamour to emphasise only renewable energy as the sole pathway to energy transition is a source of concern for African countries that are still working to achieve base load industrialisation, address energy poverty and ensure reliable power supply.

The minister said gas represents the first step in the journey to renewables away from oil.

“The focus is on gas. For us, this is at the heart of the energy transition and represents the first step in the journey to renewables away from oil. Already, we have declared that gas is our transition fuel, and also represents a destination fuel, as we envisage that it will be part of our energy mix by 2050, given the vast resources that can be commercialised and utilised.

Furthermore, generous incentives have been proposed in the PIA 2021 to enable development, distribution, penetration and utilisation of gas. The National Gas Expansion Programme was also launched in January 2020 to drive domestic utilisation. Our proven gas reserves are sufficient to cover current demand levels and support plans for the construction of nine new gas-fired power plants with a combined name-plate capacity of nearly 6,000 MW by 2037. This validates gas a viable and transformational fuel for industrial development. This is why President Muhammadu Buhari who is also the Honourable Minister of Petroleum

Resources has declared 2021 – 2030 as the “Decade of Gas”, which provides the fulcrum for focusing effort and resources required at making gas the cetrepiece of Nigeria’s economy by 2030.

According to him, the Petroleum Industry Act has introduced a governance framework for the industry with clear delineation of roles between regulation and profit-centric business units.

“The PIA 2021 also preserves existing levels of Government take for a transition period through grandfathering provisions, and proposes a fiscal regime that encourages investment in order to monetise existing reserves before the clock runs out. Thus, provisions relating to voluntary conversion, production allowances, lower royalties and taxes, cost optimization focus, etc. have been enshrined therein to address the envisaged fiscal vulnerabilities.

The deregulation of downstream petroleum sector is yet another strategy proposed to enable the just energy transition in Nigeria. The Government is in the process of fully deregulating the downstream petroleum sector which will end subsidies and free up funds for national development, including investment in renewables which will be part of the energy mix that ultimately powers our economy.

The PIA 2021 also has a general focus on Midstream and Downstream as this is where value will be created via a multiplier effect on the economy, infrastructure, employment and revenues. The newly created Midstream and Downstream Petroleum Regulatory Authority is mandated to ensure that this value and other benefits actually accrue to the economy. There is also a focus on Diversification of the Economy by enshrining incentives that target significant growth in power generation and the creation of a wide range of industrial clusters around fertilizer, petrochemicals, manufacturing and agro-businesses among others.

In spite increase of crude oil price, Sylva pointed out that the COVID-19 pandemic had further exacerbated the investment decline.