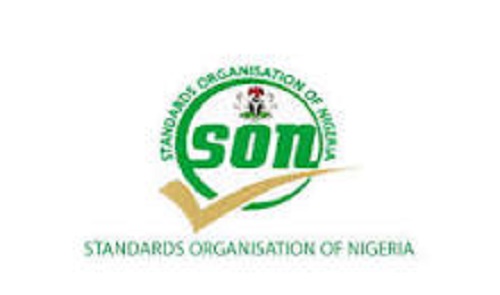 The Standards Organisation of Nigeria (SON) gets approval from the Federal Government to participate in cargo examination as the agency returns to the nation’s seaports.

SON Director-General, Farouk Salim, said the organisation has started seeking the cooperation of other government agencies to ensure a smooth return to the ports.

Recall that SON was, along with some other government agencies, sacked from the port in 2011 as part of efforts to reduce the cost of doing business at the nation’s gateways.

The sack order was reiterated in 2017 via an Executive Order on the ease of doing business at the port. The EO was signed by then Acting President Yemi Osinbajo.

The EO mandated only seven agencies to remain in the port while SON, National Agency for Food and Drugs Administration and Control (NAFDAC) and National Drug Law Enforcement Agency (NDLEA) were no longer allowed to have representatives in the port or partake in the process of cargo clearance.

However, SON and NAFDAC have since been lobbying to return to the port.

Speaking in Abuja on Sunday, Salim said the Nigeria Customs Service has directed its Area Controllers to include SON officials in the joint inspection teams at the port while NPA has promised to provide office accommodation for staff of the organisation.

He said SON’s presence at the port would check the influx of substandard products into the country.

“We are supposed to ensure that the borders and the ports are monitored properly, and in doing this we protect the country from substandard goods. One of such ways is to make sure that the employees of SON are in the port of entries in the country, especially the Lagos port where majority of goods comes into this country.

“Our people can be efficient if we are allowed to work at the point of entry of these goods, but right now we are not allowed at the ports. They allow us once in a while to check goods but that should not be the way because SON as an organisation should not depend on the kindness of other organisations to do its work. The 2015 Act Section 7(30b) says the Standard Organisation must be at the port of entry into this country,” he said.