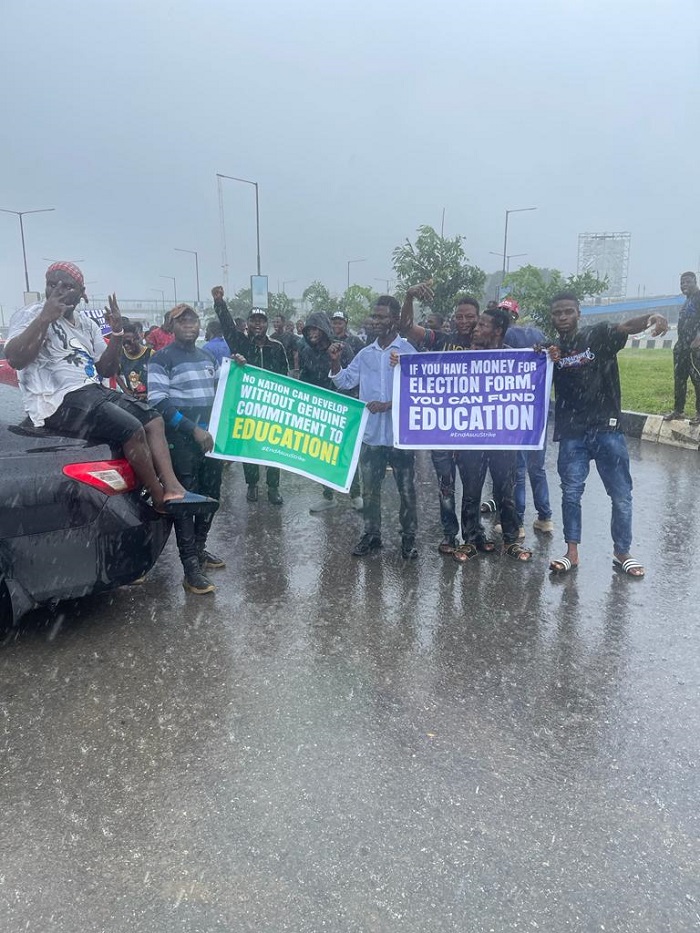 Some Nigerian students protested at the Murtala Muhammad International Airport, Lagos on Monday over prolonged strike of the Academic Staff Union of Universities (ASUU), which started on February 14, 2022.

Vehicular movement were affected by the protest which resulted in some travellers trekking with their luggage.

The students are protesting prolonged strike action of ASUU and they defied the downpour, to express their grievances at the International Airport.

The students held banners bearing inscriptions such as: “No nation can develop without genuine commitment to education,” and “If you have money for election form, you can fund education.”

They caused traffic around the airport amid the presence of a combined team of officers the Lagos State Police Command, Rapid Response Squad, Lagos Airport Police Command, and other security agencies.

The students are asking the Federal Government to resolve issues with the striking lecturers so that they can resume academic activities.

ASUU has been on strike since February 14, 2022, making the strike seven months old in September.

However, the Speaker of the House of Representatives, Femi Gbajabiamila, has called for a meeting with the leadership of the union led by Professor Emmanuel Osekede, Tuesday with hope of persuading the lecturers to end the strike.