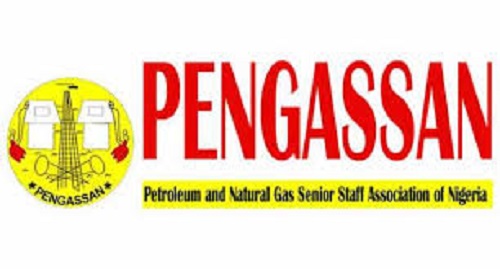 The leadership of PENGASSAN and NUPENG wishes to appreciate the both the distinguished members of the Senate and honourable members of the House of Representatives for the passage of the much-awaited Petroleum Industry bill. The journey the passage of this much awaited bill begun over twenty years ago and met several stumps and miscarriages on the road and it is finally sailing to its destination.

It is an undeniable fact that NUPENGASSAN over the years consistently advocated for the passage of this bill, as we firmly and strongly believed that the PIB is a singular piece of legislation that could further unlock the fortunes of the oil and gas industry, even as the world is positioning itself on the energy transition that will revolutionize different energy mix.

Without any iota of doubt, we affirm the fact that the gains that will be accruable with the passage of this bill will be enormous and pivotal to greater growth and development of the industry and the nation at large

Having taken a cursory look at the bill as passed by both chambers of the National Assembly, we are fully in consonance with several provisions of the bill and are satisfied that our advocacy for a balanced bill that would encourage investors and generate additional revenue for government was somewhat captured.

However, there are few very important areas we wish to urgently draw the attention of the legislators and stakeholders to for wholesome realisation of the full potentials of the bill;

Board Membership of Unions;

Inclusion of PENGASSAN and NUPENG on the board of the industry regulator(s) is crucial for the attainment of one of the key objectives of this bill, which is to ensure accountability and transparency in the industry. All Civil societies and labour strongly clamored for the inclusion of the two Unions in the sector to be on the board of the regulators for reasons of global best practice currently being practiced in most climes. The needs and justifications for this are many and enormous as it will also ensure that the regulators are further strengthened in ensuring that issues bordering on the welfare of workers would have been championed from the cradle of the bill

As we intensify effort to make our refinery work, we should ensure that the PIB does not monopolies the importation of PMS as currently provided in the senate version of the bill. This is to ensure that there is competition in the downstream oil and gas industry. Leaving this national security issues to few individuals will shortchange the larger Nigerian populace. We should avoid running from one ugly scenario to an uglier situation that is avoidable.

Single Regulator in the Industry:

We have advocated for a single regulator in the industry and are still of the strong view that this would be in the best interest of the industry and the nation at large as it would serve as a one-stop-shop for current and aspiring investors as far as regulatory steering is concerned. As it’s currently applicable in other industries such as banking, pension, insurance, telecommunication, etc. Research has shown that few countries that started with dual regulatory agencies in the oil and gas industry had merged into one; having seen the benefits accruable in having a single regulator.

As a patriotic Association that puts Nigeria and Nigerians first in all its thoughts, we advocated that the PIB should provide sufficient incentives to IOCs and indigenous oil producers to invest in the downstream sector of the oil and gas industry. We strongly believe that such incentives will help in driving the much-needed local refining.

Petroleum Training institutes and Federal University of Petroleum Resources are two key institutions that provide manpower to the oil and gas industry. These institutions have been poorly funded over the years and hence we posited that operators in the Nigeria Oil and Gas industry should be mandated to dedicate 10% of their annual training budget to provide training for their personnel in these institutions. Such promulgation will reduce the funding gap in these citadels of learning and also reduce the pressure on federal appropriation as these institutions depend largely on national budget to survive.

As part of our presentation during the public hearing, we alluded to the fact that casualization of workers in the Oil and Gas industry is gradually killing the industry and we advocated for a clause in the PIB that would help in curbing this trend.

In the wake of Energy transition, we advocated that the objective of NNPC Ltd. should include research and development especially into alternative and renewable energies.

In the submission we made to the National Assembly numerous justifications were given in each of the subject stated above yet they were not captured in the bill that was passed by both Chambers.

As the Conference Committee of the National Assembly meets, we strongly advocate that these issues are taken on board as they would further enhance the bill and ensure it meets the yearnings and aspirations of Nigerians.

The leadership of NUPENGASSAN wishes to draw the attention of stakeholders to the need for the Unions to be fully represented in the Transition Committee. This is to ensure that the issues bordering on workers are effectively taken on board from the onset. This is the only way we could avoid industrial crisis that could arise if all the I’s are not dotted and T’s crossed.

Both Unions will resist with all its arsenals should it be overlooked during the Transition Committee.

Our solidarity remains constant for the Union makes us strong.