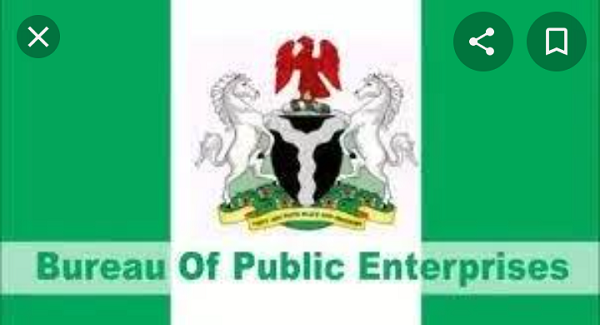 The Director, Energy Department of the Bureau of Public Enterprise (BPE), Mr Yunana Malo has made it known that there was no plan to privatise the Transmission Company of Nigeria (TCN), rather than that, the Bureau would concession it to get maximum value. He said, at a briefing in Abuja, that transmission was the weak link in the power reform, as generation which was privatised had since attracted a lot of investments, making it more efficient.

He said the generation capacity had improved, adding that 60 per cent of the distribution segment had also been partially privatised and was beginning to pick up through the reforms of the Federal Government.

“The seemingly weak link is the transmission component, it is still 100 per cent owned by the Federal Government.

“The idea is to think outside the box and bring in solutions that will make the transmission component service the value chain, and make it more efficient.

“Government is not thinking of privatising, it is thinking of ways and means that the private capital can be brought into the transmission component without giving out the ownership of the Transmission Company,” said Malo.

He explained that the Bureau would concession the transmission segment, “so that we can have somebody building the high tension lines, covering areas that have not been reached or to maintain the existing ones to get maximum value, to move from the radial system we have today into a mesh.

“So the idea is not to privatise but to reform and make it efficient, bringing in private sector operational modalities within the transmission company.”

On the Federal Government’s 40 per cent stake in the Distribution Companies (DISCOS), Malo said the shares were still intact and protected by BPE. Mr Alex Okoh, BPE Director-General, said over the years, N1 trillion had been generated from 234 concluded transactions of previously government-owned enterprises from various sectors of the economy. He said the Bureau expected to generate N493.40 billion net revenue from various transactions as approved by the National Council on Privatisation (NCP).

He said over 30 projects had been categorised under five segments with 22 of them carried over from 2020. He, however, said the plan to privatise the nation’s refineries had been dropped as the Federal Government was considering other approaches to revitalise and improve on them.

The director-general said BPE was very close to resolving the issues surrounding the Ajaokuta Steel Company, especially the litigation and that once that was done a decision would be taken on how to proceed with it.

Okoh said the rationale for privatisation was to generate revenue for government, reduce operational inefficiencies, revitalise and optimise public sector entities and increase investment level as a catalyst for growth.

“The country’s fiscal space is getting increasingly constrained, as a result government cannot provide the resources required to meet all of its obligations and bridge the huge infrastructure gap.

“The most feasible option is to attract private sector investments. BPE’s current initiative in its 2021 work plan and additional roles in the Public Private Partnership (PPP) space is, therefore, poised to impact on the economy positively.

On the other hand, the BPE has projected over N493 billion revenue from 36 projects it is embarking on in 2021.

This was even as it stated that plans for the concession of Nigeria’s refineries have been dropped following Nigerian National Petroleum Corporation (NNPC’s) plans to rehabilitate them. The Director General, BPE, Alex Okoh, said the agency, whose

objective, among others, was to generate revenue for the government, plans to realise the sum from projects spanned across five departments.

These he listed to include: energy, industries and communication, development institution and natural resources, infrastructure and public private partnership as well as the post transactions management department. In a breakdown, he said the 36 projects are concentrated around sales of power assets which are expected to contribute N484 billion revenue,” to the fiscal pool”.

On concessioning of the refineries, he said the idea has since been dropped following FG’s plans through the NNPC to rehabilitate them.

He said the agency is embarking on nine new projects part of which include the reformation of the Transmission Company of Nigeria (TCN), NIPPs, Zungeru hydropower concession, Geregu power, Abuja Waterboard, impact assessment study of privatised enterprises; fertilizers and sugar companies among others.

“We had 10 projects for 2021. I said had because the sale of the refineries was originally part of the plan for 2021 but NNPC and the Ministry of Petroleum Resources were pursuing a different track for rehabilitating the refineries we had proposed for sale but this has been dropped,” he said.  On the Yola Disco, he said completion of its purchase was finalised on Monday, stressing that the DisCo was the only one, out of the 11 electricity Distribution Companies that was acquired by the government.