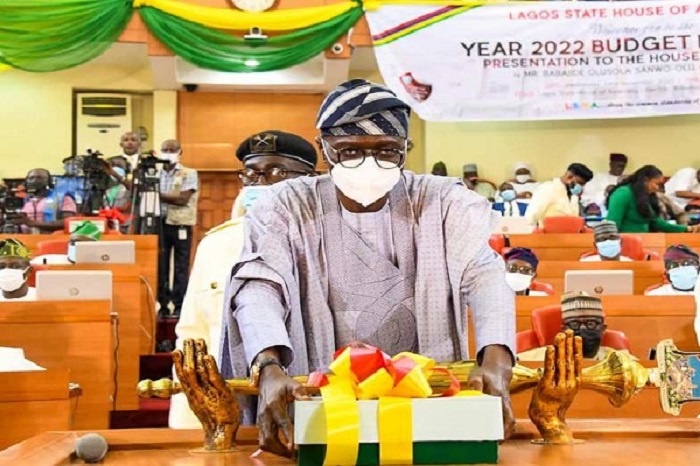 After a review of last year’s Budget of Rekindled Hope before the Lagos State House of Assembly, Governor Babajide Sanwo-Olu proposed a N1.39 trillion Budget of Consolidation to the lawmakers as 2022 Appropriation Bill.

The governor announced a huge capital vote to service critical sectors to consolidate the recovery of the state’s economy.

In the proposed 1,388,285,459,990.51 Bill, Sanwo-Olu said his government would be disbursing N325 billion to deliver infrastructure projects in key sectors to stimulate the economy.

In reviewing outgoing year’s Appropriation Act, Sanwo-Olu said the “Budget of Rekindled Hope” has performed well, despite the challenges encountered in the fiscal.

“Also, in that Q1 2021, capital expenditure amounted to N119.92 billion, representing 68 per cent performance on target.

Presenting the 2022 estimates, Sanwo-Olu said: “This 2022 Budget is the next step on our journey to true and sustainable greatness in Lagos State. 2022 is a year in which we will focus obsessively on completing ongoing projects, while also expanding our social intervention programs and support for citizens, and for micro and small businesses.”