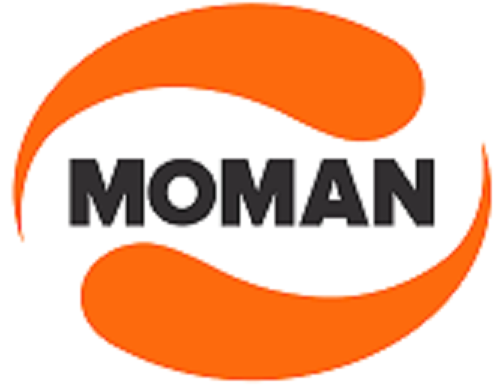 Globally, Energy consumption most especially petrol is an important indicator of the level of economic activities or the degree of internally generated revenue in any country.

However in Nigeria, states comparison carried out by BusinessDay showed some border states consume more litres of petrol than other states with higher economic activities or bigger IGR.

For instance, Ogun state, a state with a relative lower IGR of N50.7 billion in 2020 who also shares border state with Benin republic consumes more petrol of 2.5 million litres compared to River state who consumes an average of 2.2 million, despite boasting of a higher IGR of N117.1 billion.

Another state comparison carried out by BusinessDay was between Borno state, a border state with Chad who also boasts of an IGR of N11.5 billion and Bayelsa state with an IGR of N12.1 billion.

The former recorded an average petrol consumption of 742,850 liters compared to the latter of 350,075 liters.

Also, Zamfara state, which shares a border with Niger republic, consumed 1.8 million liters compared to a much industrialized Anambra state who consumed an average of 1.7 million liters in the same quarter.

Most stakeholders say the porous Nigerian borders, spanning over 17,000 kilometres, make it possible for this illicit petrol trade to flourish for so long despite deliberate actions by security operatives.

“Petrol smuggling has irritatingly become a cash cow in Nigeria. The country is losing so much to the smuggling cartels,” Charles Akinbobola, analyst Sofidam Capital said.

Prior to the regime of President Muhammadu Buhari, Nigeria’s petrol consumption was estimated at between 35 million to 40 million litres daily, less than six years after, the country’s average daily consumption have skyrocketed to over 72.72 million liters per day from 57.44 million litres sold a month earlier, exposing the thriving activities of smugglers in the nation’s petroleum industry.

Although most stakeholders estimate Nigeria’s daily petrol consumption to be less than 55 million liters, findings indicate that Nigerians do not exclusively consume this amount of the product as a huge chunk is being smuggled to these neighbouring countries.

“It is scandalous for the country to appear helpless in such a circumstance,” Akinbobola said.

For the Major Oil Marketers Association of Nigeria (MOMAN), the absence of subsidies in Nigeria’s neighbouring countries has for many years fuelled the incentive to smuggle an estimated 30 percent of the country’s daily consumption, which basically means Nigeria is subsidising its neighbours.

In its latest newsletter, MOMAN put the average pump price of petrol in other West African countries at between N312 and N570 per litre, compared to N166.4 per litre in Nigeria.

Early this year, the federal government renewed the fight against smuggling of petroleum products out of the country with a new technology commissioned by the Department of Petroleum Resources (DPR) called Designated the Downstream Remote Monitoring System (DRMS).

The initiative is aimed at checking illegal activities in the downstream sector of the oil and gas industry, determining illegal petrol stations actors and providing accurate data on the industry.

“You can take inventories per station, location and state, where products are coming into the country, where they are stored, how they are distributed to filling stations. When we see that the population is not in tandem with the volume being consumed, we know something sinister is happening,” Auwalu Sarki, Director-General of DPR, said in a statement.

While the initiative seems laudable, most stakeholders say removing petrol subsidy is central in ending smuggling which is controlled by powerful Mafia organisations with links to influential politicians and bureaucrats.

Over the years, the payment of subsidy has been a controversial subject in the management of Nigeria’s oil resources in the last decade.

While many Nigerians have called for its removal in order to enable the government invest the fund into other developmental projects, others have condemned such calls, citing it as perhaps one of the few “benefits” the masses enjoy from the government.

Some pressure groups, such as the organised labour, have advised the government to fix the refineries before removing fuel subsidy.

In March last year, when the international price of crude oil was low, the federal government announced that it had deregulated the downstream sector, which meant that the pump price would be determined by market forces. That policy was implemented for months until crude oil prices rose again, and the eventual return of subsidies’ payment, which the NNPC has put at about N120 billion monthly.