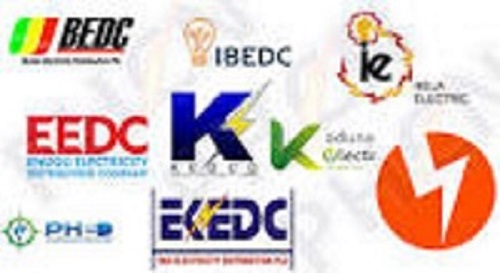 German multinational conglomerate company, Siemens, has concluded plans to train electricity Distribution Companies and other electricity stakeholders in the country.

Siemens in a statement on a stated that 11 DISCOs, Transmission Company of Nigeria (TCN), and regulators would be trained on all the equipment and software being provided in the phase 1.

According to the company, the training was part of its phase 1 pre-engineering contract of providing 25,000mw of electricity to the nation.

It would be recalled that the Federal Government and Siemens signed a Letter of Agreement on the country’s Electrification Road map in July 2019, after President Buhari and the German Chancellor, Angela Merkel, met on Aug. 31, 2018, in Abuja.

The Presidential Power Initiative (PPI), formerly, the Nigeria Electrification Roadmap aims to upgrade the country’s electricity network to achieve operational capacity of 25,000 megawatts (MW) from the current average of around 4,500 MW.

The PPI is expected to go through a series of projects spanning three phases across four major states to achieve the electricity target by 2025.

The first phase is expected to increase the operational capacity to 7,000 MW.

Phase 1 will also focus on significantly reducing the AT & C financial losses. The AT & C losses are the difference between energy injected into the system and the energy for which payment is made. It is the aggregate of the Transmission and Distribution (T and D) losses and loss due to non-realisation of payable demand.

Phase 2 will target the remaining network bottlenecks to enable full use of existing generation and distribution capacities, bringing the systems operational capacity to 11,000 MW.

The Phase 3 will develop the system up to 25,000 MW in the long-term; this include upgrades and expansions in generation, transmission and distribution,” the statement read.

It also stated that the pre-engineering works in the phase 3 would include meter data management systems (MDMS) infrastructure across the country, to enable the development of functional, efficient and reliable electricity grid system.

Comprehensive studies and power system analysis software for the Nigerian utilities are also included as the country’s power system suffered from an imbalance between power generation and demand, in spite of more than 8,000 MW of generation capacity.

The project, according to Siemens will also facilitate the creation of thousands of jobs, while generating new opportunities for small and medium enterprises (SMEs) across the country.

Siemens disclosed that “It will in turn increase Nigeria’s GDP and boost economic productivity.”

The electricity company had been active in Nigeria since the 1950s, in addition to major power plants, had also supplied and installed more than 100 small gas turbines and compressors in onshore and offshore oil and gas facilities.