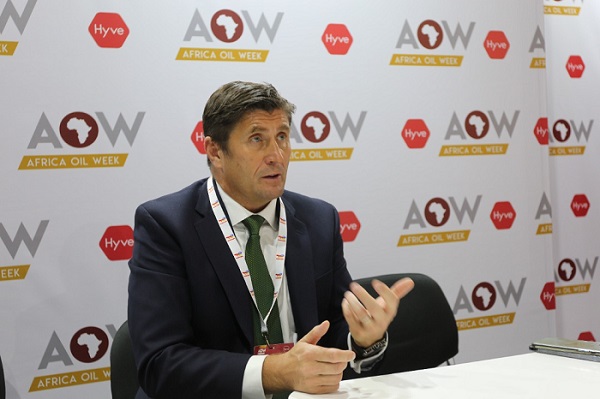 Seplat Energy Plc, a leading Nigerian independent energy company listed on both the Nigerian and London stock exchanges, has identified its gas development programmes as a major boost for Nigeria’s energy transition agenda as well as the global call for carbon reduction.

According to the Seplat Energy CEO, most developed countries currently have gas grid bases forming a strong pedestal for renewables, which is far beyond what is obtainable in Nigeria where the grid base is diesel power.

“To transit to renewables, you need a grid base that works. So, our Decade of Gas mantra in Nigeria is aimed to provide the right grid base for that transition and Seplat Energy is well aligned to that. If you do not have the right grid base and want to go the way of renewables, you could end up going off-grid with small scale solar panels all around. It is important for the world to understand the peculiarities of Nigeria and that the country needs the right base to transit to renewables.”

Mr. Brown also spoke in a panel session dubbed ‘Upstream Value Creation: Unbounded Opportunities Post-COVID’ where he outlined the company’s business strides and as well as its future strategies. He also spoke on the Company’s values and continuous partnership with the AOW Brand at the AOW Drinks Reception sponsored by Seplat Energy.

Mr. Brown added: “Nigeria must have energy which is right for its population. It is got over 200 million people today and by 2050, there would probably be over 400 million Nigerians in this planet, which makes it the third most populous place in the world. For the 400 million people expected, we need to provide the right infrastructure. If you don’t, you are going to have a population migration as the average age in the country today is 18.”

He said Seplat Energy’s business plans are on three-pronged and there are three pillars to it. The pillar one, he noted, is the upstream oil and gas, where the Company is a big producer (independent) in-country.

“The pillar two is our gas processing business with existing and efficient gas plants, and by early 2023, we will be probably the biggest gas processor in-country. In our gas value chain, we have a critical model for electrification in- country. Our pillar three is the renewable business, and we are making very strong intent to say we are going to give the transition energy that is right for Nigeria. There is no point designing what is just good for other parts of the world and does not address the concerns in the areas where we operate,” he noted.

He explained, these pillars are there to not only deliver the right energy mix, but other issues prevalent in the Nigerian space, adding that: “Nigeria has been described as a rich oil producing country, but there is more gas. The federal government has identified this and has put forward the Decade of Gas narrative. The gas profile would last longer than that of oil as gas could be produced for a much longer period, and is an efficient fuel.

“The benefit of gas is very clear: it is a carbon reduction energy source today. Currently, Nigeria’s electricity source is predominantly off-grid diesel. Gas-fired power displaces the diesel option and has CO2 emission reduction of 30 to 50 per cent depending on the technology deployed. So, for every molecule of gas we put into the market, we displace carbon. By displacing diesel-fired power, we are actively reducing carbon. But for Seplat Energy, this carbon reduction has to be proven.“

For Seplat Energy’s social programmes, he said the Company had developed bespoke models based on the needs of its host communities, which is the reason its partnership with the communities has remained progressive. “Apart from our educational and health interventions and other areas of empowerment, we are still seeking more ways to grow and scale the partnership,” he stressed.

Speaking on the Company’s journey so far, Mr. Brown said it has been a huge amount of development in sub-Saharan Africa as far as the energy sector is concerned, of which the developments have been driven largely by the IOCs and also the national oil company working with them.

According to him, there hasn’t necessarily been a country-specific development, and that is where the opportunities lie.

He explained: “I will give an example of the Nigeria, which is where we are from. We bought our assets from the IOCs in 2010, and have continued to grow them over the years. We have been very successful in acquiring mature assets divested by the IOCs in Nigeria and growing the reserves base and production from those assets. When the company began operations in 2010, our primary assets (OMLs 4, 38 & 41) had 2P reserves of 148 MMboe. Over the last 11 years, we have executed several projects focused on converting stranded 2C resources (in Unappraised Discoveries and Partially Appraised Fields) and some producing fields) to 2P reserves, and have realized an organic growth in the assets’ 2P reserves to the current level of 275 MMboe. Over the same period, we have also drilled over 60 development wells in the assets, resulting in an increase in the average production from c.18 Mboepd to the current rate of c.40 Mboepd.

“Over the years, we have put a lot more infrastructure in place to develop the assets and as we add more assets, what we realized was that the assets themselves haven’t been generally as much as they would be in terms of output. A lot of technologies moved on massively, and the deployment of those technologies (simple onshore technologies as is the case for us) hasn’t been implemented to the level that is should be. Even with shale in the United States, everyone hitherto thought it was uneconomic; not until it was established that not all shale are the same. The companies and technologies in that shale spece got better and better, and there were new ways to improve the shake experience. Therefore, in Africa, there is a relapse of technologies coming in techniques and efficiency-wise. So, there is a lot of hidden value in developed and appraisal assets.

“That is what value creation is. It all depends on company you are looking at. Seplat Energy is a driver of growth in Nigeria. We’ve looked at the map and done our analyses, and have able to determine contingent resources into reserves and produced that. When you are buying assets that you don’t put a big valuation on contingent resources, then there huge unlocked potential.”