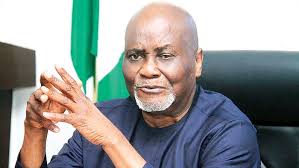 Before the Presidential Amnesty was promulgated in July 11, 2009, by late President Umaru Yar’Adua, the Niger Delta region was like a war zone as agitators and militants were disrupting oil exploration activities through kidnappings, killings and destruction of oil installations.

Nigeria’s crude oil production dropped with adverse effect on the country’s economy since oil is its mainstay.

With the advent of the Presidential Amnesty, the agitators most of whom bear arms and ammunitions had to shield their swords.

There are issues bothering the Amnesty programme with counter allegations of embezzlement by its principals. Funds allocated to the programme are meant for ex-agitators and repentant militants but the beneficiaries hardly access the money.

Petitions were written to the government for the removal of the Coordinator, Professor Charles Dokubo, which the Federal Government acceded to as he was suspended following allegations of financial impropriety.

However, some groups in the Niger Delta region disown campaign of calumny against Dokubo.

Chairman of Ijaw Youth Congress (IYC), Raphael Egbuma said, “We wish to publicly disown them and condemn their campaign of calumny through disparaging remark targeted at the National Security Adviser and the Coordinator of the Amnesty programme, Professor Charles Dokubo. We kindly ask that President Mohammadu Buhari and relevant authority should ignore their imaginary allegations of fraud as this is a figment of their imaginations without any iota of truth.”

The Ex-agitators Forum decry the in-fighting in the region and appeal for the Coordinator of the Amnesty programme to be reinstated.

Vice President, Niger Delta Ex-agitators Forum, Henry Binidodagha opined that, “People are talking about Charles Dokubo as the person behind the looting of Kiama declaration and that is a lie, we the people went to Yar’Adua when he was president of Nigeria, to sign the Amnesty Programme and this is not the way we signed it. The Amnesty is for the development of Niger Delta region. Now they are turning it to politics because they want their brothers to be there and someone else takes his position so that he will do their bidding and compromise.”

“Since the suspension of Dokubo, have they found him guilty? The stealing of money, for me I have not heard that. Just two weeks, 400 petitions, is it only that Amnesty Board that is existing?”

Notwithstanding, the programme in terms of payment has not been prompt. The group was of the view that since the Coordinator has not been found wanting, he should not be replaced. Therefore, authority concern should rescind its decision and reinstate Dokubo.

They believe in the anti-corruption stance of President Buhari administration and are confident that any allegation levelled against anyone will be fully investigated.