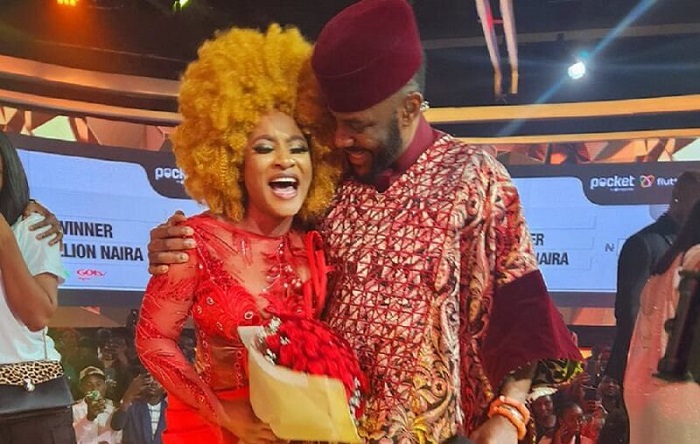 The hype girl beats 28 other housemates to clinch the N100million grand prize.

She was crowned the winner of the level up season after 72days in Biggie’s House.

The prize is made up of cash of N50m; a 2-bedroom apartment, a high-class SUV, a trip to Dubai for 2; quality home appliances, a brand-new mobile phone from Tecno, packs of munch it, and Pepsi supply for one year.

Six housemates consisting of Daniella, Adekunle, Chichi, Bryan Phyna and Bella made it to the finals but four were evicted leaving two to the top before the winner eventually was announced by Ebuka.