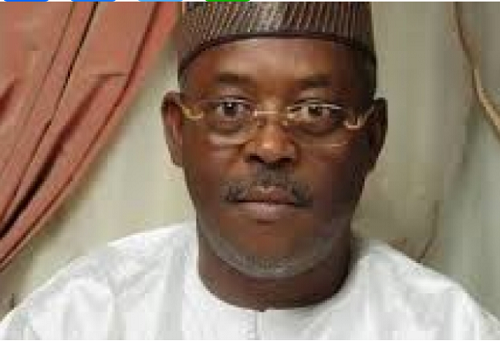 Before PIB was tabled before the National Assembly in 2007, Nigeria does not have a comprehensive law for the administration of the sector but has about 16 Petroleum Acts many of which overlapped in functions and responsibilities. The Nation’s oil industry is being governed by laws enacted more than 50 years ago which has extremely not conversant with current oil and gas reality.

Even though a splinter Bill named the Petroleum Industry Governance Bill (PIGB), was passed in 2018 by the 8th National Assembly, but failed to receive the prerequisite Assent of the President of Nigeria and thus could not become law.

Contrary to all Nigerians expectations, the Bill in its wholesale form, has survived three presidents and four convocations of the National Assembly. Everyone has been waiting for the passing of the Petroleum Industrial Bill which has been on the lips of every Nigerian. The PIB becomes the most popular bill because oil sector represents the live wire of our nation.

For 13 years, non passage of the Bill remain a major drag on the petroleum industry, which has significantly limiting country potential to attract both local and foreign capital at a time when many other countries in Africa’s are scrambling to exploit their oil and gas resource. It is a fact that Nigeria hosts the world’s 10th largest Petroleum reserve at about 25 billion barrels with Gas reserve of 166 Trillion Standard Cubic Feet (TSCF). But country only received 4 per cent ($3 billion) of $75 billion invested in the continent between 2015 and 2019.

Future trends for the oil industry do not look too good because a number of developed countries have set ambitious targets for reduced green house emissions. Also OPEC projection that by 2040 oil sector is going to be playing less and less a role in global energy usage. If the projection come true in the next 20 years from now the world’s dependence on oil would have reduced to 50 percent. So, whichever way you look at it, it appears that the days of crude oil are numbered.

Why PIB is importance to the nation, Nigeria has lost so much revenue that could have accrued to government coffers, as existing investments are stalled and potential investors are scared of coming. The passage of the PIB by two nation’s chambers would mark the beginning of the repositioning of the oil and gas industries. The bill clear the concerns raised by investors and have greater clarity on the direction of the industry, especially with respect to the new fiscal rules and Nigeria’s oil and gas industry and Nigeria’s economy will witness an exponential growth soon

The bill in it entirety will promote the competitive and liberalised downstream sector of the petroleum industry as well as the development of fuel and chemical industries. Going by the standard legislative procedures, the Conference Committee of the National Assembly would meet to reconcile the differing positions of the Senate and the House.

The Bill consists of Five distinct chapters, with Miscellaneous Provisions comprising 319 clauses and 8 schedules. Most importantly, the PIB will create a sustainable investment climate, where business in the sector will flourish.

To complement the plea of the Host Communities as the people’s representatives despite there is little contentious issue concerning Host Community Development Fund, where Senate set aside 3 per cent, Reps 5 and Executive 2.5 percent which will be solve when the passed bill reflect harmonised stage by both legislative chamber. The percentage shall be paid annually as contribution to the Host Community Development Fund Operating Expenditure Of Oil Companies (OPEX).

In addition to this all funds received from gas flaring should be channeled for the purpose of Environmental Remediation and Relief of the host communities as against the development of infrastructure in midstream gas operations.

Both chambers okayed 30 per cent of profits accruing from oil and gas operations by the NNPC Limited for the exploration of oil in the frontier basins of Chad Basin, Gongola Basin, Anambra Basin, Sokoto Basin, Dahomey Basin, Bida Basin and Benue Trough.

Even though the NNPC Limited is to operate as a commercial entity, the Bill vests on it the power to act as the concessionaire of all Production Sharing Contracts (PSC) as the national oil company on behalf of the Federation in line with its competencies. It will also have the sole right “to lift and sell royalty oil and tax oil on behalf of the Corporation and the Service respectively for an agreed commercial fee.

In the case of profit oil and profit gas payable to the concessionaire, NNPC Limited shall promptly remit the proceeds of the sales of the profit oil and gas to the Federation less its 10 per cent for management fee and 30 per cent for Frontier Exploration Fund as specified in (section) 9(4) of this Act”. It will also have the power to “be a supplier of last resort for security reasons. All associated costs shall be for the account of the federation”.

The NNPC as it is today will metamorphose into a Limited Liability Company to reappear as NNPC Limited, so, that its operation will be commercially oriented, devoid of political interference and the much-needed dividends will be brought to Nigerians.

The initial shareholders are going to be the Ministry of Finance Incorporated and Ministry of Petroleum Incorporated and subsequently open for the general public to invest. Then with regards to the fiscal regime, the laws will bring it in tandem with international best practices, to make the oil and gas industry in Nigeria much more competitive and attract the much-needed investments into the country.”

Nigerians, oil and gas stakeholders expect Mr President to give expeditious assent to the bill when it is transmitted by the National Assembly.

Hon Gaya, Writes in From the House of Representatives Abuja