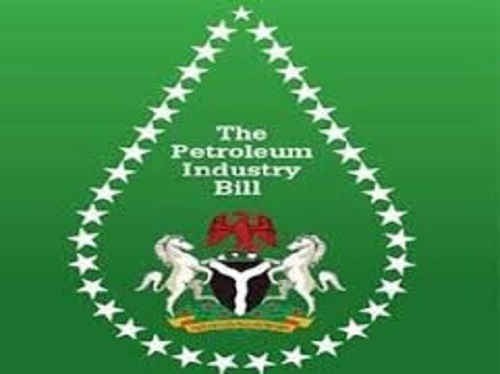 The 65 Sections on Petroleum Industry Governance and Institutions (PIGI) in the Chapter One of Petroleum Industry Bill (PIB) 2020 seek to eliminate the amorphous governance and institutional ineptness that have undermined Nigeria petroleum industry growth for decades. The PIGI chapter of the 2020 PIB strives to create and strengthen the industry governance institutions in pursuant of an effective and efficient value creation and delivery to stakeholders. The principles of clarity and separation of roles, resolute focus, transparent and good governance across the petroleum value chain trigger the PIGI provisions in PIB 2020. The core objectives of the Petroleum Industry Governance and Institution provisions in the PIB 2020 is imperative in order to drive the reform process.

In the January edition of the ValueChain oil and gas publication, I observed that PIB 2020 exhibits a clear departure from the six institutional framework and governance structure proposed in the PIGB 2018, and I offered a scholarly perspective on the policymaking and the two regulatory institutions in that edition.  I tactically expressed the view that the 2020 PIB did not seem to provide the necessary tools and skill sets required by the Minister of Petroleum Resources to deliver the assigned policymaking and supervisory functions, effectively. More so when the 2020 PIB envisions, and understandably so, that all employees of the current DPR shall be transfer to the Commission and the Authority. Let me also add that the way and how to balance the needed autonomy and independence of the Commission and Authority with transparency and accountability rudiments is quite fuzzy in the PIB 2020.  It is important to have clarity on who is to be held politically accountable for institutional and governance ineffectiveness and inefficiency in the oil and gas sector, should they occur!

The primary commercial entity established according to Part IV of Chapter One of PIB 2020 is a limited by shares Nigerian National Petroleum Company under Companies and Allied Matters Act, as proposed in Section 53. At the time of its incorporation, Section 53 (3) vests the ownership of all shares to the Federal Government, which the Ministry of Finance Incorporated holds on behalf of the Government. However, there is no specificity with respect to the timing or period to transfer or sell these shares to interested stakeholders in the PIB 2020 as was the case in PIGB 2018. Perhaps this omission is intentional if government retains the ownership of all NNPC Limited shares solely and perpetually.

However, NNPC Limited is subject to the Code of Corporate Governance of the Securities and Exchange Commission but not subject to the provisions of the Fiscal responsibility Act 2007 and the Public Procurement Act 2007. Hence, the commercial institution in the PIB 2020 would operate like private commercial company with capitalization and trading of shares in any stock exchange market within a recognized jurisdiction. The incorporation of NNPC Limited under CAMA is a declaration of the willingness for accountability and commercial efficiency with a protective tool for investors and, perhaps, minority shareholders. Perhaps this is just what ought to be, but it seems like it is not what is going to happen.  There needs to be some clarity or redrafting of the provision.

Section 57 (1) on transfer of employees and the prescriptions of conditions of service is worrisome and may be burdensome.  I hasten to say the diminishing marginal productivity of labor in NNPC leaves much to desire for NNPC limited. The NEPA experience also offers some relevant perception in the evaluation of Section 57 (2) with respect to NNPC Ltd obligation to fulfill NNPC pension scheme. One would recommend against such obligations if NNPC Ltd shares were to be attractive. Certainly, NNPC has superior technical capacity, which allows it to influence the policy and regulatory institutions well.  Rather than transfer such skill sets to NNPC Limited, because of palatable service conditions, but with limited ability to add value; relocation of such staff based on technical competency criteria to where they can better be valued is imperative.  Of course, invoking or choosing patriotism path rather than self-preservation path is advisable to employees during exit interviews.

Section 58 established the Board of NNPC Limited, which shall perform its duties accordingly.  Section 59 (2) empowers the President to appoint members of NNPC Limited Board but noted such power of the President to appoint becomes obsolescent when NNPC Limited is not wholly owned by the government.  It is doubtful, though, that politics would not truncate or undermine the desire for an independent and technically competent Board. Section 59 (5) stipulates clearly that shareholders of NNPC Limited shall determine the composition of the Board in accordance with the provisions of the Companies and Allied Matters Act. That the government is willing to allow private funding of NNPC is commendable. The implication of such declaration reflects the clear commercial objectivity and accountability to investors with an enablement to declare bankruptcy if needs be.

The emphasis of no non-commercial roles means that the policy and regulatory responsibilities of NNPC, that have been aptly described as the agency roles of  NNPC, shall no longer exist after the passage of the 2020 PIB in NNPC Limited. It is worrisome, however, that the 2020 Bill wants NNPC Limited to continue to market Federation PSC Oil, if the Commission chooses to engage NNPC.  I do not agree to the Commission having a commercial role on behalf of the Federation.  As a regulator, there must not be an evidence of regulatory capture by any of the stakeholders.  To be an effective and unbiased regulator, the Commission must be above board.  This is playing back the inherent error in the NNPC Act with respect to the way NNPC sees the Nigeria Petroleum Inspectorate of old and even the DPR of today.

PIB 2020 did not refer in a categorical sense, that NNPC will cease to be state owned and become privatized.  Yes, the idea of an incorporated joint venture floated in the Bill is not synonymous to privatization, in my opinion. Thus, the incorporation of NNPC under CAMA as NNPC Limited does not make it a privately owned corporation through incorporated joint venture of the existing joint operating agreement. There is no reference to listing of shares or selling shares in a specifically stated timeframe in the PIB 2020, but only an expression of the possibility it may happen is observable. Of course, Section 65 states that, though it is still state owned, NNPC Limited envisaged becoming financially autonomous with no public funding. This proposition is a welcome relief from politically strenuous and cumbersome national budgetary process if it happens.  The fact that the IJV concept is voluntary makes the idea taciturn.

NNPC has technical capacity comparable in my opinion to its global National Petroleum Corporation counterparts; its output efficacy, however, leaves much to desire in comparison to its peers.  Perhaps, as suggested in many cycles, the low efficacy is attributable to the demand of the government on NNPC to perform non-commercial roles bothering on regulatory and policy functions, over the years. The lifecycle of NNPC management teams has also affected the performance of the corporation as well.  For example, NNPC had 20 Group Managing Directors with an average of 2 years per tenure in comparison to Saudi Aramco’s 9 years per tenure. NNPC has not had technically independent Board members for years.  That NNPC has not met the commercial performance goals remains understandable but objectionable.

I remain very skeptical, that voluntary migration of NNPC current assets to IJV would matter much in this regard. I know people tend to reference the NLNG as the benchmark to support the IJV concept. Let me hasten to suggest the selling off all JV assets to NNPC Limited as a seed and circumvent the imposition of how NNPC is to operate the JV assets in the 2020 PIB. Finally, if NNPC Limited is to be profit-oriented, autonomous in funding, transparent and accountable, NNPC limited must own, operate, and managing its assets as a commercially efficient and effective corporation.  This, however, will only be possible if its Board of Directors is apolitical and technically competent in accordance with CAMA rules of engagement.  It seems to me that Section 59(2) undermines that possibility.