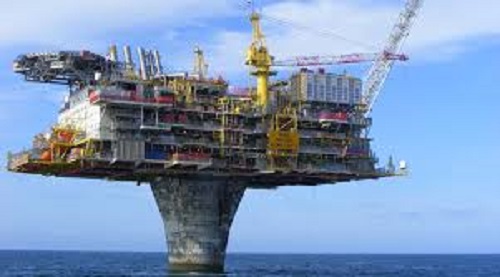 Introduced in 2007 to revamp the oil and gas sector, ensure an optimal level of transparency and accountability by strengthening governing institutions and attract the much-needed capital through changes to the governance, administrative, fiscal and regulatory frameworks, President Muhammadu Buhari assented to the Petroleum Industry Bill (PIB) on 16 August 2021 and renamed it the Petroleum Industry Act (“PIA” or the “Act”).

The passage of the PIA has been hailed by industry players as a welcome development, albeit long overdue. The PIA is a root and branch review of the entire oil and gas sector and is expected to place Nigeria on the right path to competing better in the global oil and gas market. Nigeria is said to have lost circa $50 billion over the past ten years largely due to the uncertainties surrounding the legal, administrative and fiscal policies of the oil and gas sector[1]. The Nigerian Capital Importation Report released by the National Bureau of Statistics (NBS) shows that capital importation targeted at the oil and gas sector has averaged a meagre 1% of the total capital imported into the country over the past three years (2018-2020), a significant reduction compared to 2016 (14%), evidencing preferences for other sectors as investment destinations over the oil and gas sector.

While investors can model risk into their budgets and investments, modelling uncertainty (around the passage of the PIA) is difficult and this explains the decreasing levels of investment in the sector as well as withdrawals of major International Oil Companies (IOCs) from Nigeria’s oil and gas industry. Sadly, the performance of the global crude oil market directly influences the Nigerian government’s finances as proceeds from the sale of crude oil account for over 90%[2] of the country’s export revenue and 60% of the government’s total revenue.

The discovery of oil in various countries around the world and the sustained boom of the US shale oil heightens pressure on the competitive landscape of the global oil and gas space, therefore, the passage of the PIA with relatively fairer fiscal regimes and strong governance and administrative framework should ensure that Nigeria can attract and keep investments to drive growth in the sector.

An overview of the Revised Petroleum Industry Act (PIA)

The revised PIA is divided into four modules and we have highlighted the key provisions of the Act under the various modules.

In administering petroleum resources in Nigeria, the main objective of the  PIA is to promote exploration and exploitation of petroleum resources for the benefit of Nigerians, encourage sustainable development of the industry, ensure safe, efficient transportation and distribution infrastructure, and strengthen transparency and accountability.

The administration segment of the Act introduces three forms of licences: Petroleum Exploration Licence (PEL), Petroleum Prospecting Licence (PPL) and Petroleum Mining Lease (PML) which replace the Oil Prospecting License (OPL) and Oil Mining License (OML). The Act makes provisions for marginal fields operators to receive separate forms of licence and closes a longstanding lacuna about the legal status of marginal fields as well as the potential consequences from the expiry of the OML from which the marginal fields were carved out.

The profitability of the oil and gas upstream industry is largely influenced by global oil prices which mirror the dynamics of supply and demand. The advent of COVID-19 in 2020 resulted in lower economic activities translating to a sharp fall in demand and subsequently pricing as supply exceeded demand. However, there has been an uptick in oil prices in 2021 on account of the gradual reopening of various economies around the world due to the discovery and ongoing administration of the COVID-19 vaccines. While we expect the upward trend in prices to persist, it is important to note that the emergence of the third wave of the COVID-19 virus in countries like India, Brazil, Turkey and Nigeria still poses a significant threat to global economic growth and thus, global oil prices. Overall, the long term direction of global oil prices is south, given various technological advances that are expected to moderate demand for fossil fuels in the medium to long term.

The Petroleum Industry Act recognizes the impact of the declining oil prices on operators’ profitability and has adjusted some fiscal terms. The Act replaces the Petroleum Profits Tax (PPT) with the Hydrocarbon Tax (HT). The HT applies to crude oil production, condensates and natural gas produced from associated gas in the onshore and shallow waters. It does not apply to associated and non-associated natural gas, nor frontier acreage. HT is charged at varying rates depending on the licence. For onshore and shallow waters, a rate of 30% will be applied to converted PMLs, while a 15% rate will be applied to converted PPLs.

In addition to the HT, companies involved in upstream operations will also be subjected to Companies Income Tax (CIT) at 30% if such companies are involved in deep offshore, upstream gas, midstream or downstream activities. This effectively caps the income tax rate applicable to oil and gas companies at 60%, which is a reduction from the 85% rate applicable under the Petroleum Profits Tax Act (PPTA). The fiscal terms in the PIA will apply upon the conversion of existing OPLs and OMLs into PPLs and PMLs, the termination or expiration of unconverted leases and the renewal of OMLs.

The new rates quoted above are lower when compared to those provided in the earlier drafts of the Act. The National Assembly reduced the rates on the back of the complaints and agitations by players in the oil and gas upstream industry around pricing and the perceived uncompetitive nature of the draft fiscal terms.

Furthermore, the PIA retained production-based royalty rates but also introduced price-based royalty rates. Production-based royalty is between 5%-15% for crude oil and condensates and 5% for gas although, for local gas supplies, the rate is lower at 2.5%. According to the PIA, additional price based royalty shall apply to crude oil and condensates, which crystallises only when crude oil prices exceeds $50 ($100 shall attract 5% and above $150 shall attract 10%). These rates apply to the 2020 fiscal year and shall be increased by 2% yearly as provided in the PIA[3]. Price based royalty shall be credited to the Nigerian Sovereign Wealth Fund.

The governance segment of the PIA sets out the institutional framework for a reformed oil and gas industry by providing the basis of governmental, regulatory and commercial participation in the sector. The Act formally segments the oil and gas sector into Upstream, Midstream and Downstream.

According to the PIA, the Upstream Industry will be overseen by the Nigerian Upstream Regulatory Commission which assumes the regulatory functions of the current Department of Petroleum Resources (DPR) and will be responsible for granting new licenses. The Act stipulates that the Midstream and Downstream segments shall be under the control of the Nigerian Midstream and Downstream Petroleum Authority. In the same vein, the PIA directs the Minister of Petroleum to incorporate a Nigerian National Petroleum Company Limited (NNPC Limited) at the Corporate Affairs Commission (‘CAC’) within six months of the PIA’s commencement. NNPC Limited is to operate on a commercial basis without government funding and must publish annual reports and audited accounts. The shares are to be held by the Ministry of Finance Incorporated and the Ministry of Petroleum Incorporated in equal proportions on behalf of the Government at the initial stage. Akin to the Saudi Arabia model, the NNPC could be transformed into a public liability company subsequently, where every Nigerian could own shares of the Company.

While the privatization of the NNPC remains a subject for discussion, the question remains whether or not Nigeria has the capacity to replicate the Saudi Arabia model? Saudi Arabia’s oil and gas company (Aramco), the biggest in the world was listed on the Saudi bourse in 2019 following an Initial Public Offering. Over $29 billion was raised from the IPO, with the assets of Aramco valued at over $1 trillion. The proceeds of the IPO are being used to transform the Saudi economy and diversify the economy away from oil.

This aspect of the PIA deals with fostering sustainable prosperity among the host communities, with an emphasis on providing social and economic benefits from hydrocarbon operations for the host communities. It also seeks to enhance peaceful and harmonious existence amongst all interested parties, while creating a framework to support the development of host communities.

The PIA requires the establishment of the Host Community Development Trust (HCDT) under a joint operating agreement by a settlor[4] or a group of settlors to cater for the needs of the host communities. The HCDT will be funded by 3% of the settlors’ actual operating expenses in the preceding operating year. In the same vein, the HCDT may also be funded by donations, gifts, grants, honoraria and interests accruing to the HCDT’s reserve fund.

The host communities have criticized the allocation of 3% of the operating expenditure of oil and gas upstream companies in the prior year to finance sustainable growth in their communities on account of the environmental degradation of hydrocarbon, these communities are exposed to. In the same vein, the host communities have also complained about the allocation of 30% of NNPC Limited’s profit for frontier exploration in other parts of Nigeria. Nonetheless, it is important to note that the profitability of NNPC is not guaranteed largely due to the volatility of crude oil prices. However, oil and gas companies will incur operating expenditures in any fiscal year and this, therefore, implies that the host communities will certainly get the 3% allocation yearly. Furthermore, future amendments to the Act are possible in due course – a case in point is the amendment of the Finance Act of 2019, three months after it was passed.

Gas is considered the cleanest of the fossil fuels in usage today as it emits 30% less carbon than crude oil and almost 2 times less than that of coal. To better protect the earth from the adverse effects of hydrocarbons, the United Nations implemented the Sustainable Development Goals (SDG), which focuses on encouraging countries to move towards carbon neutrality to arrest the increasing levels of greenhouse gas emissions. In the same vein, the Paris Agreement of 2015 also seeks to reduce global warming to 2 degrees celsius by 2050. Nigeria is a party to both the SDG and the Paris Agreement; hence, it comes as no surprise that the PIA intends to harness the gas potential of the Country by encouraging investments in the gas space of the hydrocarbon sector.

Section 52 of the PIA establishes a Midstream and Downstream Gas Infrastructure Fund (“the Fund”), which shall be financed primarily from the 0.5% levy on the wholesale price of petroleum and natural gas sold. The Fund is expected to be deployed as equity investments in midstream and downstream operations to increase domestic gas utilisation and encourage investments in gas projects, while also eliminating gas flaring. Furthermore, gas flaring penalties will be transferred to the Fund for environmental remediation and relief of host communities of the settlor on which the fine is levied.

The PIA is an omnibus Act that aims to overhaul the oil and gas sector in Nigeria. The Act aims to strengthen the administrative and governance structure of the oil and gas sector in Nigeria, while adequately addressing the demands of host communities as well as introducing fiscal terms that make the sector more attractive to investors. Industry experts have argued that perhaps, the most important part of the Act is the fiscal regime as Nigeria has lost circa $50 billion worth of foreign direct investment (FDI) due to the uncertainty in the sector. Nonetheless, Agusto & Co. believes that strengthening the administrative, governance structure and host communities will go a long way.