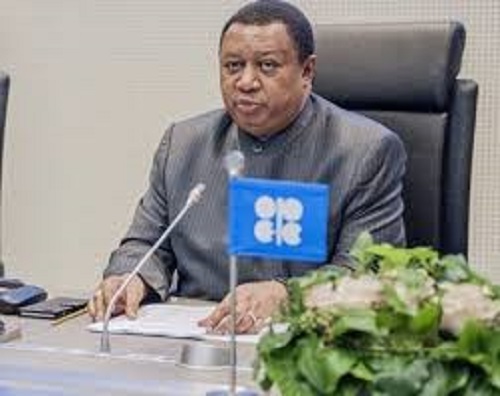 The group reached the agreement at the 13th OPEC and non-OPEC Ministerial Meeting (ONOMM), held via videoconference, on Tuesday in Vienna. The meeting acknowledged the need to gradually return two mb/d to the market, with the pace being determined according to market conditions.

The Organisation of Petroleum Exporting Countries (OPEC) and the non-OPEC countries have agreed to increase crude oil production by 0.5 million barrels per day (mb/d) in January.

It reconfirmed the decision made at the 12th ONOMM to increase production by 0.5 mb/d starting in January 2021, and adjusting production to 7.7 mb/d from 7.2 mb/d.

The adjustments to the production level for February and March 2021 will be implemented as per the distribution detailed in a table.

It noted that production adjustments for April and subsequent months would be decided during the monthly ONOMM following the criteria agreed upon in the 12th ONOMM.

The meeting reiterated the need to continue closely monitoring market fundamentals, including non-DoC supply and its impact on the global oil balance and overall market stability.

It further noted that high conformity levels had contributed significantly to market rebalancing and stability. “Between May and November, participating OPEC and non-OPEC countries contributed to reducing the global supply by approximately 1.9 billion barrels, including voluntary adjustments, and this has been key to the rebalancing of the market. The meeting drew attention to the exceptional year of 2020 as an outlier that distorts the latest five-year average of OECD commercial oil stock levels.”

It recommended retaining the 2015-2019 average as a more representative metric, while keeping the latest five-year average for the time being.

Furthermore, the meeting expressed appreciation to participating countries, particularly the United Arab Emirates (UAE) and Angola, which have performed beyond expectation.

“At the same time, it reiterated the critical importance of adhering to full conformity, and compensating the overproduced volumes in accordance with the statements of the 11th and 12th ONOMM, in order to achieve the objective of market rebalancing and avoid undue delay in the process,’’ it said.

The meeting requested all underperforming participating countries to submit their plans for implementation of the required compensation for the overproduced volumes to the OPEC Secretariat by Jan. 15, 2021.

It welcomed Dr Mohammad Alfares, Kuwait’s new Minister of Oil and Minister of Electricity and Water, and expressed its appreciation to his predecessor, Dr Khaled A. Al-Fadhel, for his dedication to the DoC process.

It further decided to hold the next Joint Ministerial Monitoring Committee (JMMC) Meeting on Feb. 3, 2021, followed by a JMMC Meeting on March 3, 2021 and ONOMM on March 4, 2021