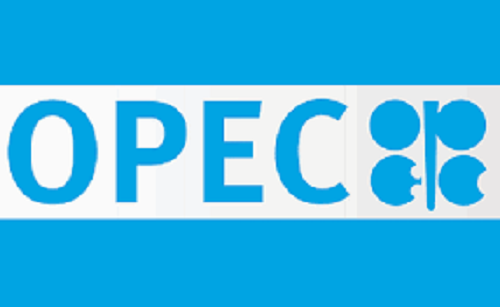 The 12th OPEC and non-OPEC Ministerial Meeting (ONOMM) was held via videoconference, on Thursday, 03 December 2020.

The Meeting welcomed the new Russian Minister of Energy, HE Nikolai Shulginov.

The Meeting recalled the rights of peoples and nations to permanent sovereignty over their natural wealth and resources.

The Meeting reaffirmed the continued commitment of the participating producing countries in the Declaration of Cooperation (DoC) to a stable market, the mutual interest of producing nations, the efficient, economic and secure supply to consumers, and a fair return on invested capital.

The Meeting recalled the decision taken by all participating countries in the DoC at the 10th (Extraordinary) ONOMM on 12 April 2020 to adjust downwards overall crude oil production and the unanimous decisions taken at the 11th ONOMM on 6 June 2020.

The Meeting welcomed the positive performance in overall conformity levels to the production adjustments since it last met in June, and the constructive response from many countries to the compensation mechanism in accommodating their underperformed volumes as agreed at the June ministerial meetings, and later amended in September 2020.

Looking ahead, the Meeting emphasized that it was vital that DoC participants, and all major producers, remain fully committed to efforts aimed at balancing and stabilizing the market. It noted that renewed lockdowns, due to more stringent COVID-19 containment measures, continue to impact the global economy and oil demand recovery, with prevailing uncertainties over the winter months.

In light of the current oil market fundamentals and the outlook for 2021, the Meeting agreed to reconfirm the existing commitment under the DoC decision from 12 April 2020, then amended in June and September 2020, to gradually return 2 mb/d, given consideration to market conditions.

The Meeting also agreed to extend the compensation period established from the 11th ONOMM, and later amended in September 2020, for the period of January until the end of March 2021, to ensure full compensation of over production for all DoC participating countries.

OPEC and non-OPEC participating countries urged Saudi Arabia’s Minister of Energy HRH Prince Abdul Aziz bin Salman to continue in his role as Chair of the OPEC and non-OPEC Ministerial Meeting. His perseverance, diligence and extraordinary efforts have been highly appreciated by all participating countries and instrumental in helping counter the impacts of the COVID-19 pandemic and in stabilizing the oil market through the successful implementation of DoC objectives.

Prince Abdul Aziz bin Salman accepted the offer to continue in his role as Chairman of the Meeting and vowed to vigorously pursue the sustainable oil market stability desired by both producers and consumers.

The Meeting also expressed its deep appreciation and gratitude to HE Alexander Novak, Deputy Prime Minister of the Russian Federation, for his exemplary leadership as co-Chair of the ONOMM.

The Meeting asked him to continue in this role and thanked him for his tireless efforts and strong support for the DoC during these extremely challenging times.

The Meeting also noted the four-year anniversary of the signing of the DoC on 10 December 2016 and commended participating countries for their continued commitment to principles underpinning the DoC.