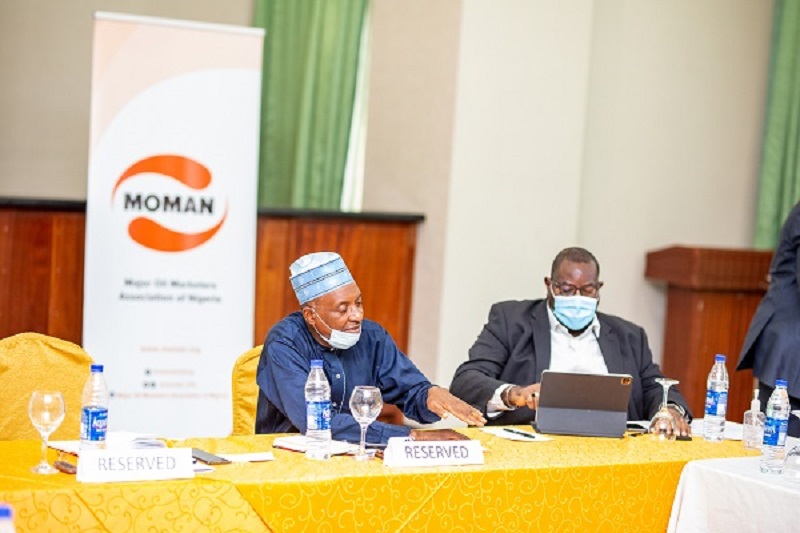 In a virtual event organised by the Major Oil Marketers Association of Nigeria (MOMAN) and Lagos Chamber of Commerce and Industry (LCCI), on the lingering Petroleum Industry Bill (PIB), that is yet to be passed into law, deliberations were made concerning the bill by industry stakeholders.

The joint stakeholders of MOMAN, LCCI, DAPPA among others took their turns to discuss on the bill which is believed to be hampering investments in the oil industry especially the downstream sector. They were of the view that if the PIB is not given a legislative backing and subsequently passed into law for the country to have a virile law that will govern the oil industry, no viable investment will have its way into the sector.

Speaking at the virtual conference, Senator Sabo Mohammed, Chairman of the Petroleum Downstream Committee of the Senate and Honourable Ebikeri Kasumu representing Chairman Downstream of the House of Representatives, gave positive insights that the National Assembly (NASS) is not relenting in its efforts to ensure that the PIB see the light of the day. NASS is working assiduously for the bill that has gone through the second reading to be passed into law.

Reacting to the development on the protracted bill, MOMAN Chairman, Adetunji Oyebanji said he was delighted that the Upper and Lower Houses of Assembly as regards to the bill were represented which “underline how important the National Assembly is taking the work on this Petroleum Industry Bill and for me that is really the most significant part of today’s event.”

He added, “We have all travelled across the world, we go to various developed countries and we see things working pretty well and we are all asking ourselves why can this not be the case in Nigeria. Everything starts with the laws that are passed in those countries and how those laws are implemented.”

“Therefore, it becomes very critical that having waited for almost twenty years for this legislation affecting the oil industry as a whole that we should come up with a law that will move us forward rather than move us backwards.”

The MOMAN Chairman appealed to NASS to expedite action on the bill. “They have said categorically that they will welcome public memorandum and public sittings, you can be sure that we as representatives of the private sector MOMAN, DAPPA, LCCI among other various institutions will make contributions so that at the end of the day we can have a bill that we can all be proud of.”

Contrary to some insinuations making the rounds, Oyebanji submitted that stakeholders are not asking for a free for all in order to satisfy their own interests but “we want a law that will encourage investments, create jobs and develop the Nigerian economy.”

After the virtual event, he thanked the NASS representatives, the panelists for their well-researched papers which were delivered in the conference.

The MOMAN helmsman said, hopefully, contributions made by various stakeholders will be used as part of its inputs in the public hearing that will be organized by NASS on the PIB.