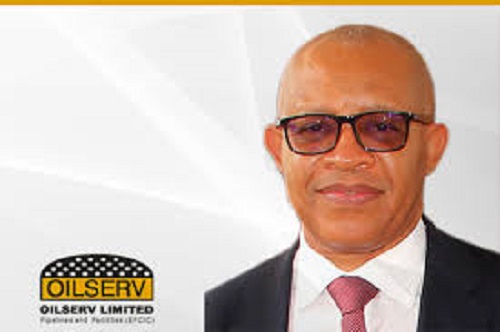 Chairman of Oilserv Group, Engr. Emeka Okwuosa said Africa needs nothing less than $3 trillion to meet its energy requirements by 2050.

He pointed out that power remains the resource which would propel Africa’s economies from poverty, inefficiency, unemployment and under-development to wealth.

The Chairman of Oilserv Group regretted that West African countries were behind in solar energy development, saying that solar has huge potential in solving energy problems; and wondered why West Africa was not developing renewable energy like South and East Africa, which he said was the best way to alleviate poverty.

In a technical paper at the Power-to-Power Summit organized by the Port Harcourt Chamber of Commerce, Industry, Mines and Agriculture, he explained that meeting the energy needs of Africa would create at least 5 million jobs.

Speaking in Port Harcourt, Okwuosa said North Africa generates 100times more megawatts than West Africa, emphasising that Nigeria must copy other countries and do what they do to get their power supply system work.

He described gas as a transition energy, he warned that by 2040, oil will come down from 40percent to four percent in utility, but that bio-energy which is popular would lead to more deforestation, pollution, etc.

“Africa needs $3 trillion to meet its energy needs and this will create five million jobs. Gas is transition energy; Africa has rich gas reserve; this is the time to harness it and make it available for economic growth. Gas is the cheapest energy source. It is $15 to generate a unit, whereas some other sources are $350. Gas can boost Nigeria’s economy.

“South Africa has up to 15UV index where nine ss enough for solar to be active. West Africa has 11. For West African countries, solar energy is a huge potential in solving energy problems; and it should be exploited faster.

“Africa already behind schedule in 2050 global energy target because it is busy battling poverty. Energy problems cause as high as five per cent in profit margins of companies and leads to two percent decline in Gross Domestic Product of African nations

“It is estimated that one in every three homes is without power supply, this is unacceptable. Power supply provision is very expensive. Nigeria is all about generators, and private people generate about 10 times what the public sector power supplies.”

He was represented at the event by Managing Director of Frazimex Engineering, Engr. Chuka Eze, said industry players require power to operate and grow their portfolios. To achieve this, industry players will require the right combination of investments, financing, technology, human resources and enabling legislation.

“Any solution must aim to alleviate poverty; must be cheap to involve all, must have a good blend of fossil oil and other energy sources.”