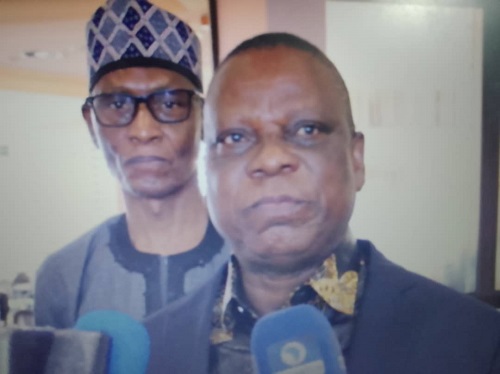 The Nigerian Upstream Petroleum Regulatory Commission (NUPRC) says the joint investigations it carried out alongside the Senate Adhoc Committee on Crude out Thieft in the Niger Delta Region indicated that third parties had their field day at these oil facilities because of some IOCs to protect their pipelines right of ways.

Zonal Controller of the Nigerian Upstream Petroleum Regulatory Commission (NUPRC) Port Harcourt Office, Professor Godday Ineh told journalist at the end of the week-long investigations in Port Harcourt that crude oil thieves are responsible for the shutdown of three major pipelines in the region.

“The trans Niger Pipeline, Nembe Creek Truck Line and the Eastern Truck line are situated. These three major pipelines are conduct of oil to the Bonny Terminal. As we speak these three major pipelines are not currently in use. This is a signal to all that crude oil thief is real and third party interference on these facilities is real. We found out that the rights of way of these major piplelines are not well kept”, Prof Ineh said.

He said this will check the incessant pipelines vandalism and crude oil theft in the region.

“When you don’t keep your house in proper order, you will attract miscreants to tamper with it. This is the case here on these major pipelines. The major recommendation here which is supposed to be the fundamental recommendation is that the operator of these pipelines which is the SPDC, should first of all, go and clear the right of way. Let everyone see that these places are assets that should not be tampered with, with proper signage. So the security agents will be able to identify what they should secure. Once this is done, we will able to give account of this”, the NUPRC boss said.

Our correspondent reports that representatives of the NUPRC from Abuja and Port Harcourt were part of the team who led the Senate Adhoc Committee on crude oil theft in Port Harcourt.