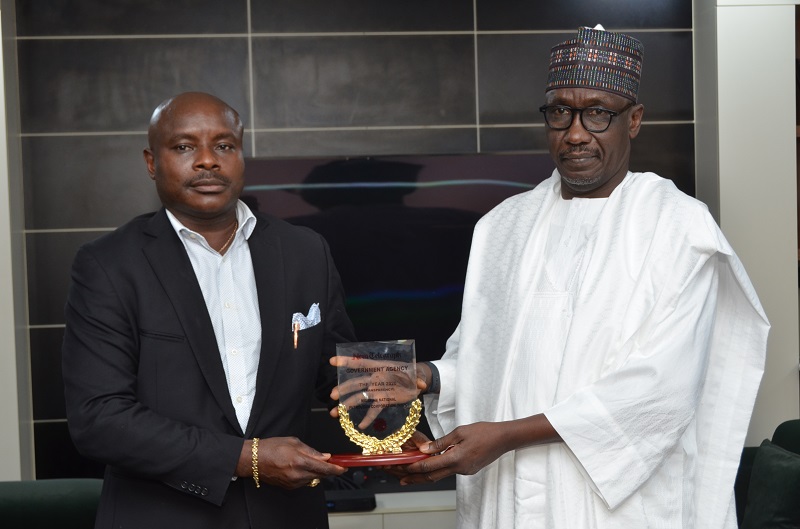 The efforts of the Mallam Mele Kyari-led Management of the Nigerian National Petroleum Corporation (NNPC) to entrench the culture of transparency in the system have begun to receive recognition with the Corporation named as the “Government Agency of the Year 2020 (Transparency)” by the New Telegraph Newspaper.

Presenting the award on Tuesday in Abuja, the Managing Director and Editor-in-Chief of the New Telegraph, Mr. Ayodele Aminu, disclosed that the emergence of NNPC as the most transparent government agency in 2020 was based on the Corporation’s recent openness and accountability to the public.

Aminu noted that the noticeable efforts to deepen transparency in NNPC as evidenced by the publication of its 2018 and 2019 audited financial statements was a major factor in considering the Corporation for the award by the Management and Board of the New Telegraph.

“Before now, the accounts of the NNPC had been shrouded in secrecy. But Mele Kyari was brave enough to say this is the way we are and let the public see that there is nothing hidden,” the newspaper boss stated.

In his remarks, the Group Managing Director of the NNPC, Mallam Mele Kyari, said the Corporation has since realized that it pays to be transparent and accountable at all times.

He reiterated Management’s resolve to drive the Corporation along the line of Transparency, Accountability & Perfomance Excellence (TAPE) agenda, noting that the media interest in the activities of the Corporation and the oil and gas sector was a welcome development.

Kyari assured that given the value of the award, he would do more to justify the trust.

“This award would be a major impetus towards our unflinching efforts to change the narrative around the NNPC brand, and will surely imbue us to take the transparency drive to new and enviable heights,” Kyari said.