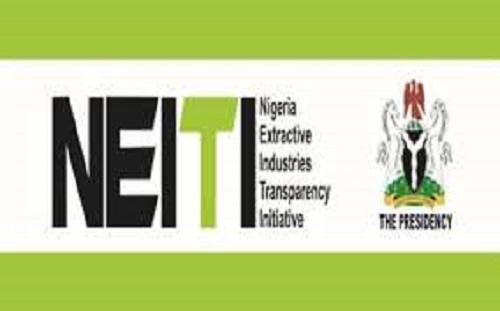 …As OPTS pledges to add value to Nigerian government and ensure the growth of the economy.

As part of effort to ensure transparent, accountable, and beneficial extractive industry, Nigeria Extractive Industries Transparency Initiative (NEITI), has given assurance of its plans to prepare Nigeria for global governance assessment of oil, gas and mining sectors.

This is as Mr. Bunmi Toyobo, Executive Director, Oil Producers Trade section (OPTS) of the Lagos Chamber of Commerce and Industry (LCCI) has affirmed strong commitment to collaborate with NEITI and the federal government in attracting investment and proper accountability in the sector.

Delivering a speech at the NEITI – Companies Forum Sensitization on EITI Validation in Lagos, The Executive Secretary, NEITI,  Dr Orji Ogbonanya Orji  said that NEITI is engaging with Companies, Civil Society Organizations, Media and the government to fully understand the EITI validation exercise.

According to him, “We are here to ensure every stakeholder understands the EITI validation process, play our expected roles and ensure that Nigeria is successful during the exercise. We are also engaging with relevant Committees of the National Assembly in this direction.

Dr Orji said as an agency, ‘’we have developed a plan of action to prepare other stakeholders including our staff and Board for the exercise based on what our country has accomplished as an EITI implementing country during the period under review’

Also “to ensure adequate preparation and feedback, NEITI has commenced national sensitization to deepen stakeholders’ understanding of the EITI process and validation exercise. Just recently, we held a session with members of the Civil Society and the Media in Abuja and now we are engaging the Companies. This meeting is in recognition of your unique roles as operators in the sector. He stated

He noted that “the validation exercise is conducted every three years by the EITI for all its member countries. The exercise is a quality assurance mechanism to assess the level of compliance and progress in implementing its standards among member countries, including Nigeria”.

“So our  country is due for another round of validation in February 2022, but due to scheduling issues, the global body shifted the date to January 2023. The forthcoming validation exercise will be conducted using the 2019 EITI standard. I wish to emphasize that the global assessment is on and about Nigeria’s implementation of the Initiative and not NEITI. NEITI is only a platform to guide Nigeria’s assessment”. He noted

He affirmed NEITI’s readiness to showcase outstanding accomplishments which the EITI implementation has made possible in Nigeria’s extractive sector. These achievements represent key EITI/NEITI Milestones in Nigeria.

It would be recalled that after the release of the NEITI 2019 report in which we reported the debts owed to the government by some oil and gas companies, the House of Representatives set up an Ad-Hoc Committee to recover the outstanding revenue. So far, a total of $3.8Billion (N1.5 Trillion) has been paid while over US$2.67 Billion (N1.07 Trillion) is still outstanding as of March 2022. That disclosure was not in bad faith as the EITI requires that the Board follows up on the findings and recommendations in the EITI report.

Also, NEITI has also entered a partnership with Nigerian anti-corruption agencies – EFCC, ICPC and NFIU through MoUs. “We are currently working with these agencies to ensure recovery of the outstanding debt owed to the government, investigate and prosecute other possible infractions as may be identified by the NEITI reports.’’ He assured.

Similarly, the recommendations of the NEITI report and active engagement with the legislature working with other key stakeholders led to the eventual passage of the Petroleum Industry Act (PIA) – It was NEITI’s report that flagged the need to have a new law in the oil, gas and mining industry. NEITI currently serves on the Presidential Steering Committee on PIA implementation which is saddled with the responsibility of implementing the Act.

Earlier speaking Bunmi Toyobo, of OPTS expressed readiness of the companies to add value to Nigerian government and ensure the growth of the economy.

According to him’’ We should see ourselves as partners and not as bottlenecks that might hinder our growth, because when we do things that will hinder the growth and development of the business community , it is a bottle neck to foreign investors coming to the country.

“We need to work together, we don’t perceive NEITI as a government agency. We believe that NEITI is an impartial organization; we are going to work with them and collaborate with them for the growth of the Nigerian economy. He stated.

He commended NEITI for a job well-done and used the opportunity to clarify the recent announcement by NEITI that companies are owing is not the true position. He said from the companies’ forum perspective there are monies that are due and monies that are outstanding, so he called for a balanced reporting of amounts owed government.

NEITI recommendations has contributed to the emergence of a new NNPC Limited and its transition to a fully commercialized company. NEITI was also instrumental to NNPC becoming an EITI-supporting company. Currently, 16 companies are supporting the EITI.  As a supporting company, there are requirements which must be fulfilled, including the publication of the company’s Audited Financial Statement (AFS).

In addition, following NEITI’s publication of the policy brief in March 2019, entitled:  “1993 PSCs: The Steep cost of Inaction” which highlighted the failure of the government to adjust the royalty in production-sharing contracts as provided in the Deep Offshore and Inland Basin Production Sharing Contract Act. An amendment of the Act was conducted by the legislature and assented to by President Muhammadu Buhari within eight months of the publication. This singular action will lead to increased revenue accruals into government coffers.