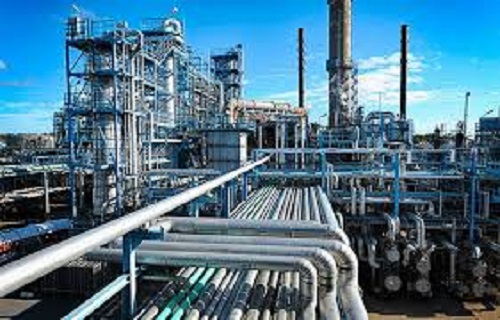 The National Assembly (NASS) is working assiduously through Senate towards having a legislation that will trigger the attainment of optimum capacity for all refineries in Nigeria.

The Chairman of Ad-hoc committee on Petroleum Industry Bill (PIB), Sabo Nakodo made the remarks on behalf of all other members during the Committee visit to Lagos as part of the ongoing tour of the refineries across the country.

Nigeria refineries have been in comatose for years despite several Turn Around Maintenance (TAM), the development has impacted on the oil and gas distribution value chain in the last three decades.

NASS through its Ad-hoc Committee on PIB is on a nation-wide tour of refineries in Nigeria.

The Chairman Ad-hoc Committee asserted that, “the main purpose of introducing the PIB is to bring oil and gas industry in tandem with international best practice and to make it more competitive so that we will attract the much needed investment. And again, the world is moving away from oil and gas towards renewables and such there is need for us to maximise our potentials that is yet to be exploited particular with regard to crude and condensate.”

The Committee is hopeful of a quick passage of the bill adding that local capacity development in the oil and gas sector is one of the cardinal focus of the PIB. He submitted that the development will help improve the sector. “This PIB we are going to do everything within our power to see that we lay it on the floor of the Senate in next one and half months. So, give and take and we are looking at two months before we pass the bill.”

The Committee also noted that NASS will continue to partner government on gas utilization policy with a view to exploring the huge economic potentials of gas in the nation’s economy.

According to Senator James Manager, “the PIB is a comprehensive document that will bring all the oil industry laws together into one document including the fiscal regime.”

The committee after the inspection tour in Lagos is expected to visit that of Kaduna, Warri and Port Harcourt. The inspection of the refineries according to the Committee is in line with the 70% optimal capacity target of the NNPC for the refineries in the country.