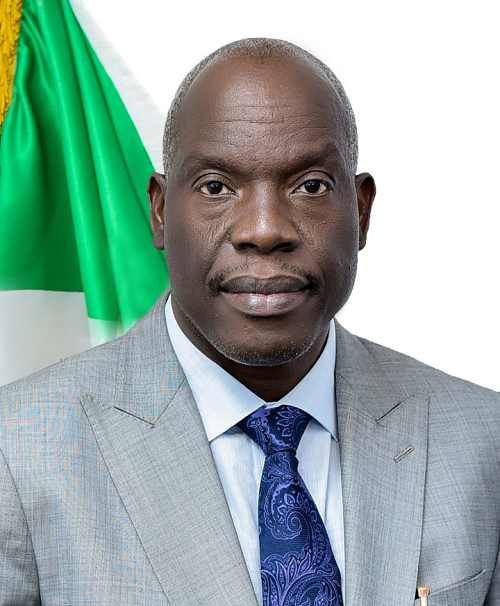 …Key objective of PIA is to ensure global standard in administration, accountability and foster a conducive business environment for petroleum operations.

…Under PIA, award of oil and gas assets will be based on fair, transparent, and competitive bidding process.

The Nigerian Upstream Petroleum Regulatory Commission (NUPRC) is a brain child of the Petroleum Industry Act (PIA) that was newly signed and passed into law by President Muhammadu Buhari. NUPRC is to regulate petroleum upstream activities in Nigeria.

Delivering his keynote speech at the 39th Annual International Conference and Exhibition (AICE) of the Nigerian Association of Petroleum Explorationist (NAPE) in Lagos, Chief Executive Officer (CEO) of NUPRC, Engineer Gbenga Komolafe, made it known that the association has played a key role in leading policy discussions in the upstream oil and gas value chain.

In his words: “Incidentally, since my assumption of office less than a month ago, this conference is one event that I have eagerly accepted to deliver a keynote speech, and this is because of the critical importance attached to your association as a major stakeholder in the development of the upstream petroleum industry.”

“The annual conference of NAPE has grown to become an important international event in the petroleum industry and given the challenges confronting the industry, during and after the pandemic.”

Engr. Komolafe said the theme of the annual conference, ‘Petroleum Exploration and Production in a new World: What Next After the Global Crisis’ is quite apt and timely.

In the 60s, exploration licenses in onshore and offshore areas adjoining the Niger Delta were extended to several companies after the oil discovery made by Shell-BP. Crude oil export began at 5,000 barrels of oil per day, culminating in 2.2 million barrels per day in the 90s, while the oil and gas reserves were 25billion barrels and 166 TCF respectively. With the dominance of the oil industry by the multinational oil firms, production was sustained at this rate and upstream activities were predominant in the Niger Delta.

In the 2020s, enhanced participation of independents and indigenous players began with extension of exploration and production activities to Benin and Anambra basins. Consequently, there was increase in reserves to about thirty-seven 37 billion barrels and over 200TCF of natural gas respectively. This makes Nigeria a big player in the global petroleum industry.

Engr. Komolafe advocated for initiation of Public Private Partnership (PPP) involving the security agencies, private operators and other stakeholders to address the challenging issues of crude oil theft, sabotage and pipeline vandalism. Collaborative efforts between operators, communities and the deployment of state-of-the-art technology to monitor pipelines in remote areas is on course.

He said, as a commission, NUPRC commenced consultation with relevant stakeholders towards the achievement of these objectives.

“A More aggressive policy on routine Asset Integrity Management to cub crude leakages and spills caused by aging facilities will be adopted. An initiative to reduce the cost of production while also benchmarking cost across terrain is ongoing.”

“We are making provisions to incentivize drilling targets at deeper horizons and to also provide Guidelines to ensure seismic acquisition design to image deep plays.”

Attractive incentive is being made to encourage multi-client and speculative data companies to acquire state-of-the-art data in open acreage to facilitate exploration activities.

Nigerian Upstream and Impact of the Pandemic

The NUPRC Chief Executive acknowledged that the pandemic created an unprecedented global crisis that caused countries and companies to experience a reaction, resilience, and adjustment for a new reality. The upstream petroleum sector was not left out on the impact of the COVID-19 pandemic, which did not only affect the global oil market, but also, endangered the health and safety of the environment and its workforce.  The effect of the pandemic on crude oil and gas production was evident in the shut-in of oil and gas wells, deferred production, declaration of force majeure and suspension of projects.

“Without a paradigm shift in our exploration and production value chain, it will be very difficult to keep the industry afloat. More than ever before, the industry is plagued by investor skepticism, high level competition, climate change and clamor for clean environment. While oil and gas will remain predominant in the energy mix even in the next decade, the question arises on how to remain profitable in the new world. Moreover, how fast the industry recovers will be determined by oil and gas demand and supply outcomes, as well as adaptive actions of all stakeholders including Government, Regulators, and investors alike.”

He pointed out that at the peak of the pandemic, NUPRC was able to explore and take advantage of some vital online platforms that were hitherto underutilized. This invariably helped in optimizing the value to its stakeholders. A case in point is the application of ‘Virtual tools’ in NURPC monitoring and regulatory functions. With these tools, the Commission held virtual meetings wherein the activities of projects were thoroughly reviewed, identified challenges discussed and solutions proffered. Most of these meetings were held with project stakeholders in different locations across the globe, thereby saving the pecuniary loss associated with travel logistics that would ordinarily have been added to the OPEX of the project.

Engr. Komolafe stated further that assigning tasks virtually was another procedure that improved the speed of job delivery, seeing that officers could perform their jobs and revert to supervisors in good time, irrespective of their location. During this period, NURPC has had to review various request and applications from various stakeholders. Ultimately, this approach helped in reducing the operating and overhead cost which invariably contributed to reducing the cost of production. In a sense, the pandemic created a new way of working to keep business afloat.

For oil and gas to entice the needed investment, Engr. Komolafe was of the view that there must be an attractive fiscal framework, which PIA seeks to address.

The key objective of the Act is to ensure global standard in administration, accountability, and foster a conducive business environment for petroleum operations.

Under the Act, award of oil and gas assets henceforth will be based on a fair, transparent, and competitive bidding process which is consistent with global industry best practices.

30% of profit oil will be remitted to Frontier Exploration fund for development of frontier assets. This will further enhance exploration activities in the country.

The fiscal provisions reflects a progressive regime, which will ultimately attract investment into the Nigerian petroleum industry, optimize government take while securing a fair return on investments.

NUPRC and Regulatory Approach in the Energy Transition Regime

The Chief upstream regulator said there is concerted effort by major stakeholders to secure commitment to limit greenhouse gas emission. The global energy industry is progressively transiting from an energy mix dominated by fossil fuels in the last two decade to renewables. The recently held 26th Conference of the Parties (COP26) culminated in Thirty-one (31) statements covering various factors geared towards the achievement of the Paris Agreement and other protocols to limit global average temperature to 1.5oC.

Among these statements is the pledge by developed nations to end offshore financing of “unabated” oil and gas projects, but with the exception of projects that include carbon capture and sequestration technology.

NUPRC as a business enabler is committed to following initiatives that will ensure compliance with the above international objectives on clean energy.

Komolafe revealed that NUPRC will collaborate with Nigerian National Petroleum Corporation (NNPC) Limited and the Nigerian Midstream and Downstream Petroleum Regulatory Authority to encourage investment in refining and gas-based industries.

The Commission will also collaborate with counterpart regulatory agencies within the SubSaharan region in order to create strong alliances that ensure sustainability and demand for crude oil and refined products.

On the challenges posed by energy transition, he said regulatory focus of NUPRC will be targeted towards enabling sustained upstream investments.

As an umbrella body of Petroleum Explorationist in Nigeria, Komolafe enjoined NAPE to take advantage of government incentivized environment to advice on policy initiatives that will add value to the upstream business.

As a 21st century regulator, NUPRC is positioned to provide initiatives that is aimed at entrenching transparency, efficiency and accountability which is characterized by value driven performance, highly motivated workforce and stout corporate image.

To continue to improve its technical and commercial regulation of the upstream petroleum industry in Nigeria, NUPRC is open to new innovations and ideas that will enhance its operations.

The use of artificial intelligence, virtual and machine learning in exploration and production, as well as innovations in remote sensing techniques that minimizes environment impact will be part of the Commission expectations going forward.

Engr. Komolafe noted that the NAPE the conference will provide a platform for stakeholders in the upstream petroleum industry to share knowledge, network and collaborate in the development of the upstream industry in Nigeria.