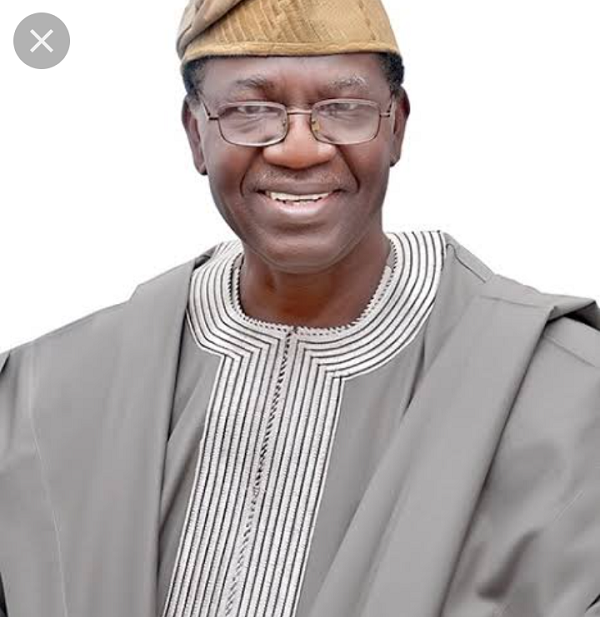 That the structure of the economy of Nigeria has changed since the dawn of petrodollars is not conjectural. Neither can one dissociates the inefficacy of the governance structure of the oil and gas sector before the Petroleum Industry Act in 2021 and the passion of political elites for a centralized economic planning and administration of selected key sector of the economy from the emergence of petrodollars in the 1970s. To the extent plausible, it is agreeable that the only productive sector generating petrodollars is the oil and gas sector, which accounts for about 80% of the aggregate national export value. A quick review of evidenced-based facts can facilitate why managing oil and gas in the post-2023 political era must move away from petrodollar optimization for personal prosperity to optimizing national and economic development for posterity.

First, petroleum is exhaustible and finding cost of reserves is rising with limited capital inflow for fossil fuels development because there is now a global clamor for a backstop fuel, characterized as green energy. Secondly, the petroleum industry value chain is extraordinarily complex, especially the natural gas value chain, and riddled with value variability, because of global geopolitics, competitive industry structure and conduct, and commodity price volatility. Thirdly, petrodollar optimization strategy has made political expediency to undermine everything else that matters in Nigeria. The governance of the component units of the federation has never been this difficult, costly, and wasteful. There is absolutely nothing tangible to show for the prohibitive cost of governance, figuratively speaking. All the relevant macroeconomic indicators of the economy are running against the traffic—high unemployment rate among the youth with enviable skill sets, two-digits inflation rate, unmanageable exchange rate, high borrowing rate and low economic growth.

Comparatively speaking and relative to the days when strategic national planning for sustainable development drove the philosophy of economic governance. Then, petrodollar was a mean to an end and not the end by itself. Petrodollar was a tool then rather than a desired outcome. Then again, honorable people lamented a discreditable act, even if it worked well. Thus, the aim of this May 2022 op-ed is to articulate why and how Nigeria must reset the button for development and keep posterity in view in the management of oil and gas resources in the post-2023 era.

2.0. THE PETRODOLLARS AND POLITICAL EXPEDIENCY CONUNDRUM

Providentially, Nigeria has taken the right steps at the right time with the Petroleum Industry Act (PIA 2021). The Act provides legal, governance, regulatory and fiscal framework for Nigeria petroleum industry with well-articulated and assessable goal to create and foster a business environment conducive for oil and gas operations across the petroleum value chain. Of course, there is that understanding among the framers regarding the essence and scope of the PIA. The scope which includes, but not limited to, how to sustain current needs and ensure savings for the rainy days and future generations. Further, a key essence of PIA is sustainable economic growth and development. The pursuit of prosperity using petrodollars without keeping an eye on posterity has been devastating and PIA 2021 clearly disavows the prevailing petrodollar for personal prosperity idea.

The absurdity of petrodollars is evident in the ongoing process to select the presidential candidates for the two major political parties in Nigeria. For example, the ruling party is not even mindful of the low global perception of the party competing against a sitting Vice President with public expression of interest to run for the President of the Republic. Yet the ruling party collected 100 M Naira, according to public reports, from at least twenty of its members to compete against the VP. Do you know that 100 M Naira, in the money of the day equivalence, is about Twenty-Year cumulative annual salary of a full professor, who is at the top of the USSS level? This reflects perhaps, the nonsensical use of petrodollars, and it cannot continue for posterity’s sake. Look closely also to the nomination process of the other large party for the 2023 election. It’s like a horse-trading phenomenon with petrodollars influenza. It almost seems at the end as if the nomination is for the highest bidder to take.  So sad, what a mismanaged petrodollar can do to a national political landscape.

Managing oil and gas in the future would require a clear departure from the pursuit of petrodollars for transfer payments not only to the component units of the federation but to the political elites. The constitutional and statutory funding guaranteed for the three levels of the federal systems with no accountability creating undue leakages in the economy, which need plugging in the post-2023 political era. The preoccupation with revenue sharing at the expense of efficiency, effectiveness, and equity in resource allocations is antithetic to the PIA objective to promote transparency, good governance, and accountability in the administration of oil and gas resources of Nigeria. Thus, constituent units of the federation cannot continue to lack incentives to raise their own revenues irrespective of the facts that the central transfers are constitutionally mandated. That virtually no unit feels obligated to account for the monies they received from the federation because the electoral process is too weak and dysfunctional to punish incompetent politicians. In the 2023 election process accountability must matter if the PIA mandate to manage oil and gas for posterity is to materialize.

Plausible annotations of the impact of petrodollars in the political affairs in the Nigeria federal system is numerous and the key ones among the many others include public discontent over the lack of national development based on the earning potential from the petroleum sector; greed and power struggle among competing elites to control oil revenue sometimes leading to instability of government; public protest over inefficiencies in the petroleum sector, including domestic fuel shortages and inefficient pricing; uniform salary structure across the board at constituent unit. Note that the Academic Staff Union of Universities (ASUU) goes on strike perpetually for ages because of perceptible and inequitable distribution of petroleum wealth, which exacerbates fraud and corruption, and federal system planning and administration. To a considerable extent possible, the idiocy for petrodollars in Nigeria has led to ineffective national laws, unenforceable contracts, and weak regulatory regimes with inefficient business environment. Some we argue that such mindset is affecting an appropriate implementation of the PIA 2021.

Additionally, despite the measurable and laudable objectives of PIA 2021, there are numerous contemporary issues that are germane to managing oil and gas for posterity that PIA 2021 did not address and even when addressed squarely, the PIA implementation so far has overtly pragmatized what ought to be with too much focus on political expediency and political rewards rather than going after service deliverables. I hasten to opine, that PIA implementation has so far conceded the laudable objective to create efficient and effective governing institutions, with clear and separate roles for the post PIA era to prebendalistic prosperity. Why did I say that? Just look at the disparity in the public comments on the recent asset acquisition by an indigenous oil company from an international company. The policy institution chief applauded the transactions and the regulatory agency chief disavowed it publicly, perhaps because the commercial institution chief vehemently opposed the transaction. The future oil and gas in Nigeria necessitate a better coordination than the fluidity in the governance of the sector in the early beginning of the PIA.

In the post-2023 political era, the challenges facing the implementations of the fiscal responsibility framework and the savings of petroleum revenue windfalls from the state governments need quick resolutions. So also, is the effective appropriation of the 13% derivation fund provided for by the Constitution for oil producing states in the federation. There are valuable lessons to learn for the 5% of OPEX for the Host Community Development in the PIA. Transparency and accountability with respect to the distribution of the 13% fund within each of the oil producing states requires independence of State Assemblies from the Executive arms of the state governments. Collecting and assessing the economic rent due to Nigeria government and distribution of such revenue have significant weaknesses with significant transaction costs. Spending federation fund on behalf of the federation makes the demand for accountability ineffectual. A case in point for consideration in the post-2023 political era, for the last time, is the petroleum subsidy payment scheme. It is foolhardy to eat your cake and have it. Thus, because federation fund is not federal government fund in totality, an agency, institution, or FG ministry collect fund on behalf of the federation must not spend unappropriated fund on behalf of the federal government or the federation.

Although not a perfect measure, the ratio of gross domestic products (GDP) to population, in a comparative sense, provides a glimpse of the state of the quality of life of a nation. In an open economy, like Nigeria, GDP if measured as the aggregate expenditures on good and services in an economy, has four components in an aggregate sense, household spending, government spending, private investments, and net export value. Prior to PIA 2021, especially from 1990-2020, oil and gas generated significant petrodollars to fuel household consumption and government spending but contributed significantly less to GDP growth than agriculture. In fact, the contribution of the oil and gas sector has been less than 10 percent over the last decade to GDP. Perhaps because of dwindling investment flow to the sector, insecurity of assets and human resources, and political volatility.

Additionally, government spending because of diminishing access to petroleum revenue, during the period has cumulatively clouded out private investment because of budget deficits, which are funded with loans from the Diaspora. Subsequently leading to low GDP growth and poorer quality of life. There are concerns that access to petrodollars for constituent states, may more likely than not diminished because of the favorable fiscal framework in the PIA 2021. Thus, private investment must expand to create higher net value in the sector.  If this is to occur, the three intuitions of the PIA must be efficient, effective, equitable and ethical. The governance and administration of these institutions must be efficient, effective, equitable and ethical. PIA demands transformation leadership in these institutions to facilitate using oil and gas to add value to the economy, acting as the engine to diversify the economy.

Nigeria has become, for most emerging petroleum economy, a good example of how to not use petrodollars. I hasten to say that petrodollars have optimized elite, institutional, and regulatory captures and subsequently maximized rather than minimized social welfare losses with a skyrocketing misery index in the society. That was, however, not the case during the oil boom in the early 1970s. Of course, it was not that political expediency was not at play, per se, but it did not eclipse national development goals. With the benefits of hindsight, something went wrong somewhere along the journey of development in Nigeria because of petrodollars, especially in the more recent years. As alluded to in the April Edition of this Magazine and looking into the future although without a crystal ball, central planning as the political modus operandi of the nation may seem optimal for petrodollars distribution, but transfer payments has not and cannot sustain the oil economy of the future.

Thus, empirical evidence of the use of petrodollars so far in the history of Nigeria is persuasive that if petroleum is to be the engine to propel the national economy to its potential, somethings must change in post-2023 political era. Somethings that need to change leveraging on PIA 2021 provisions include but are not limited to the following: