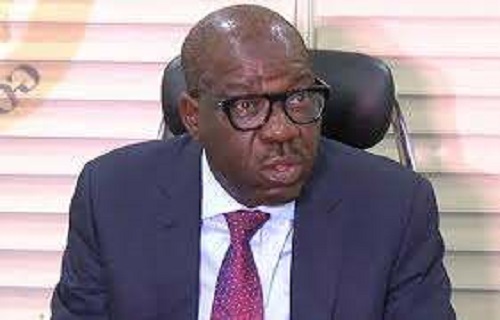 As a mark of celebrating May Day which is for workers, Edo State Governor Godwin Obaseki has increased the minimum wage to N40, 000.

Hundreds of suffering pensioners in the state, in black attire, with placards bearing various inscriptions, yesterday protested at the Workers’ Day rally at Samuel Ogbemudia Stadium, Benin, disclosing that since their retirement in 2012, they were yet to be paid their gratuities.

The governor said: “I am particularly interested in our senior citizens, because they are some of the most vulnerable in our society. We took interest in payment of outstanding pensions to our pensioners, in spite of the fact that these pensions were owed by the previous administration.

“In view of the prevailing economy circumstances, I have now approved, effective this May, that the agreement we have reached with the union of pensioners that the harmonised amount be paid from May 2022.

“Government is aware of the difficulties faced by the pensioners, due to the non-payment of pensions and gratuities to them by the previous government. This responsibility is huge, and it will require substantial part of our resources to settle them.

He acknowledged the economic hardship in Nigeria, urging civil servants to take advantage of the opportunities offered by his administration in the agricultural sector, to increase food production in the country.

Obasaeki said: “As we all know, the minimum wage of N30,000 can barely sustain a family. It will be immoral and mindless of us to continue to pretend that we do not know that our workers are suffering.

“The government of Edo State has decided to review the minimum wage for Edo workers from N30,000 to N40,000 a month. Undoubtedly, Edo is the first state since the current outbreak of Coronavirus to take this initiative. “