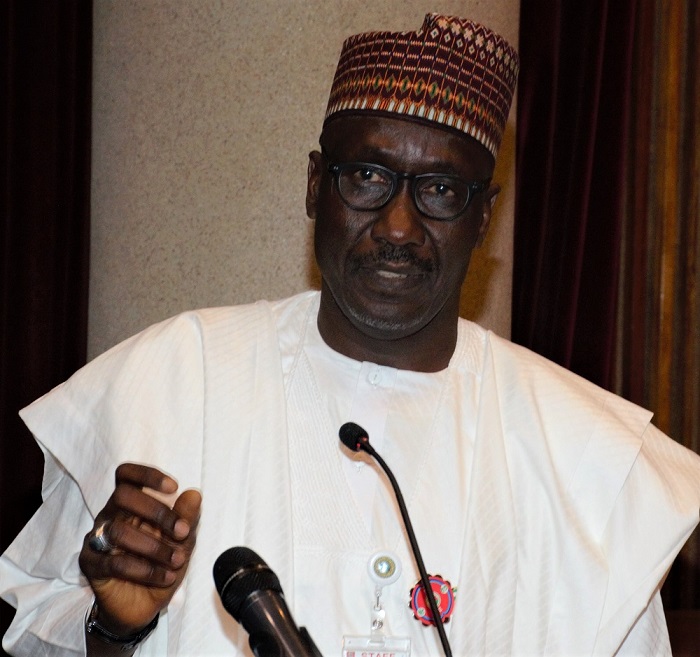 The Nigerian National Petroleum Company Limited, (NNPCL), has sought cooperation of stakeholders in ongoing efforts to exploit the country’s huge oil and gas resources to boost the economy.

The theme of the conference is: “Global Energy Transition and The Future of the Oil and Gas Industry: Evolving Regulations, Emerging Concepts, and Opportunities.”

The NNPCL helmsman was represented by Mr. Adokiye Tombomieye, Executive Vice President (Upstream) of NNPCL, said before the window closed on fossil fuel, Nigeria must promote sustainable growth and social development for the present and future generations of Nigerians.

He said the role of energy in economic growth and sustainable development of a nation was vital and could not be overemphasised.

The NNPCL boss said the Nigerian economy was a good example of the impact oil and gas resources had made in promoting growth and prosperity.

“The structure of the industry and its impact on global economy has encouraged intensive research and innovations to support investment decisions, improve operational efficiency, minimize impact on the environment and give players competitive edge.

“Even though Africa has the world’s lowest levels of per capita use of modern energy; its demand is set to increase with growth in population and incomes.

“As its population and incomes grow, demand for modern energy expands by a third between 2020 and 2030.

Kyari said with heightened campaigns on the use of sustainable energy sources and a match into a net-zero world, the energy mix became more diverse.

He added that Africa’s current energy mix was still dominated by fossil fuel with hydropower making the only meaningful renewable energy contribution.

“It is, therefore, our firm position that fossil fuel will continue to contribute more than 50 per cent to the Energy Mix in Africa and possibly the rest of world.

“Recent happenings in the Russian-Ukraine crisis have seen the resurgence of the need for fossil fuels and in some cases adverse use of high-carbon generating energy sources like coal.

“This also points to the fact, that energy transition implementation has to be gradual,” he said.

He added that it was imperative for the industry, NAPE and key stakeholders to rededicate efforts towards scaling the challenges posed by the transition.

Kyari said financing of oil and gas projects had become more complicated as banks, multilateral lenders, and investors were diverting capital away from fossil fuels to renewable energies.

According to him, there is also a need to recognise that while aggressive energy transition programmes are being pursued in developed countries; many emerging countries, especially those with hydrocarbon-dependent economies like Nigeria require a more gradual and flexible approach.

He said Nigeria’s energy transition created significant investment opportunities such as the establishment and expansion of industries related to solar energy, hydrogen, and electric vehicles.

“It is pertinent to acknowledge that Nigeria is well endowed with abundant renewable energy which includes hydropower, solar photovoltaic technology, wind, geothermal and biomass.

“These alternative energy sources can be exploited to diversify the nation’s energy mix beyond the current fossil fuel sources and guarantee energy security for the nation,” Kyari said.

He added that the renewable energy sector still had many unexplored potential and securing the appropriate funds, partnerships, and technology would accelerate large investments in the nation and put it in line with the global decarbonisation movement.

In his remarks, Dr. James Edet, president of NAPE, said the increasing need for transition towards more sustainable energy sources and global geopolitics required strategic reappraisal of the energy industry in Nigeria.

Edet said the nation had an energy transition plan to get to net zero greenhouse gas emission by 2060.

He, however, said there were many factors to be considered and appropriately addressed in the nation’s shift to its sustainable energy future.

“The reality of the climate change is facing Nigeria with desertification in the north and flooding in the south and some parts of the north.

“This change calls for a crucial need to significantly reduce carbon emissions while ensuring available and affordable electricity.

“The oil and gas industry has a role to play towards the successful implementation of these regulations and ambitious plans,” he said.

He added that globally, significant consumers of the hydrocarbon industry were undergoing a massive technological shift towards low or zero carbon energy usage like electric vehicles.

“The ongoing war, global politics, in-country insecurity challenges and asset divestment have exacerbated the impact of energy supply shortage and altered the energy landscape,” he explained.

The president said the conference would be beaming its searchlight on new technology application in exploration and production, geo science training in the new energy mix, and adapting in a changing world.