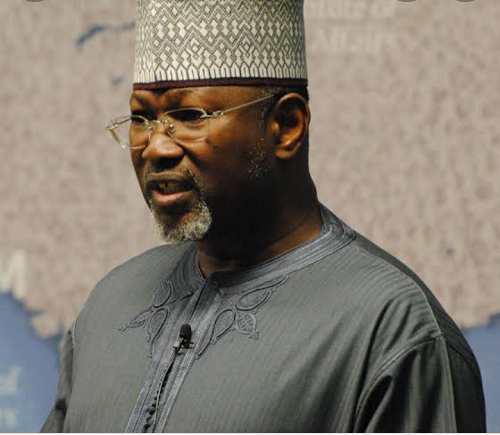 Former Chairman of the Independent National Electoral Commission (INEC), Professor Attahiru Jega, has called for the electronic transmission of election results in the country.

He made the call during a national political summit in Abuja, ahead of the general elections in 2023.

“Transmission of election results has been one of the key areas in which reckless, unpatriotic, and self-serving politicians have undermined the integrity of the Nigerian electoral process,” Jega said.

A Senior Advocate of Nigeria, Mike Ozekhome, on his part blamed the failure of the electoral system on Nigerians who ‘enthrone tyranny during elections for peanuts’.

“Are we practicing democracy? No. We are practicing election-ocracy that is my new term for it. What do I mean by election-ocracy? Every four years, Nigerians go out to the poll to carry out a ritual of electing their leaders,” he explained.

“They never actually elect them anyway because their leaders select themselves, they are state captors. They have captured the state.”

In his remarks, A political economist, Professor Pat Utomi, proposes a solution – the merger of three political parties aside from the ruling All Progressives Congress (APC) and the main opposition Peoples Democratic Party (PDP).

He said, “To project these desires, the comity of NCFront for Political Parties is proposing the merger of three of the leading political parties outside of the PDP and the APC to merge with a plan to absorb other parties and righteous wings of the APC and the PDP.”

Many of the participants believe that Nigerians must be ready to embrace the right motives of electing those that will lead them via a credible electoral process to ensure good governance in the country.