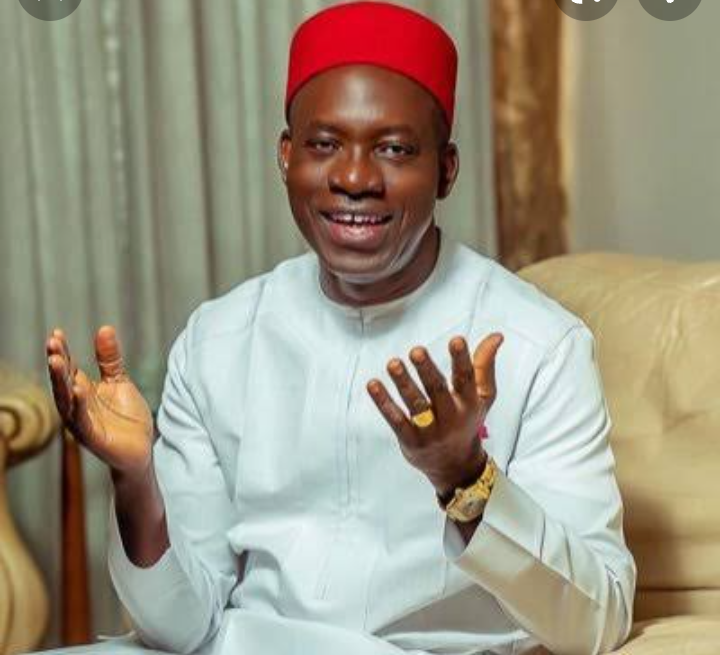 The candidate of the All Progressives Grand Alliance (APGA), Professor Charles Chukwuma Soludo, was at exactly 1.50am today declared winner of the Anambra State governorship election. He polled 112,229 votes.

The Returning Officer, the Vice-Chancellor of the University of Calabar, Prof Florence Baku-Obi, said Soludo, a former Central Bank Governor, satisfied the requirements of the law.

She said: “That Prof Charles Chukwuma Soludo of APGA, having satisfied the requirement of the law, is hereby declared the winner and is returned elected.”

It was the only council where the election did not hold last Saturday due to logistics and security challenges.

Eighteen parties participated in the governorship election for which 2,466,638 voters registered.

Soludo, in his acceptance speech, described his victory as “a divine journey whose time has come”.

He extended a hand of fellowship to his opponents, saying there was room for everyone to contribute.

“We are all brothers,” he said.

Soludo promised to work hard “every day”, promising not to disappoint.

“My role will be that of your chief servant. The ultimate winner is Anambra. There is joy in the land,” he said.

The governor-elect spared a thought for policemen who lost their lives in the course of the electioneering.

“I won’t forget those who lost their lives in the course of this election, especially the three policemen killed by unknown gunmen,” he said.

He thanked Governor Willie Obiano, APGA leadership, the judiciary and others who played a role in his victory.

Senator Victor Umeh, who was the party’s state agent, said there was nothing to be challenged by any of the parties that participated in the election as Soludo won outright.

Umeh said he expected the other candidates to call the governor-elect to congratulate him.

“They should concede victory to Soludo and APGA. They should know that politics and elections are nothing something anybody should die for.

“It is a clear choice made by the people of who will be their governor,” Umeh said.