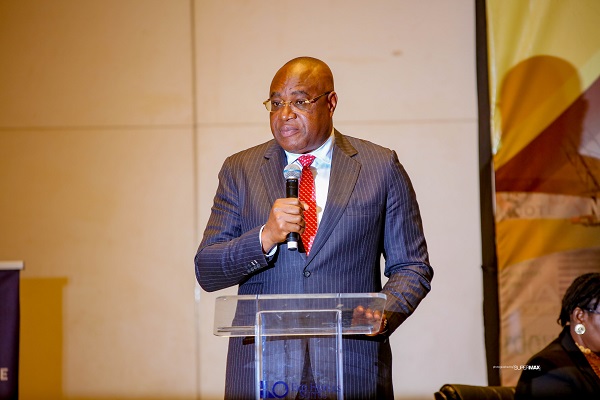 Dr. Gabriel Ogbechie OON, has filled a N1billion lawsuit against lawyer and politician, Prince Ned Nwoko, at the FCT High Court in Maitama Abuja, for defamation of his character.

Prince Ned Nwoko had sometime in 2017, announced an assassination attempt on his life and alleged that it was sponsored by Dr. Gabriel Ogbechie. Prince Ned Nwoko had also petitioned the Nigeria Police, alleging that Dr. Ogbechie had perfected plans with some miscreants to kill him over land disputes and kingship tussle in Idumuje Ugboko in Aniocha North Local Government Area of Delta State.

However and in a more recent development, the police after a thorough investigation into the allegations made by Prince Ned Nwoke, released a report   exonerating Dr Gabriel Ogbechie of any wrongdoing.

In a suit marked CV/560/2021 and  dated  February 24, 2021, presided by  Justice Chizoba Oji of court 9, Federal Capital Territory High Court , Abuja, Dr  Ogbechie had stated as part of his averments ,   that the  defendant on November 12, 2020, wrote a petition to the Inspector-General of Police,  alleging plans by Dr Ogbechie  to assassinate him, mentioning Dr Ogbechie  as the sponsor of the alleged attack, and addressing it to the Commissioner of Police and the Federal Capital Territory command on December 10, 2020.

Dr Ogbechie also said the defendant, in a press statement published  on December 10, 2020, and distributed to media houses and several newspapers, including Vanguard, made so many false  accusations against him, linking him to some inmates arrested in 2017 over the disputes in Idumuje-Ugboko, Delta State, involving the defendant and the traditional ruler of the community.

Dr Ogbechie  therefore prayed the court to declare as falsehood and defamatory, the petition made by Prince Ned  Nwoko on the said dates, as well as a retraction and apology from the defendant for the false and defamatory statements, to be published on a full page of the Vanguard newspaper in Nigeria. He also demanded for the sum of One Billion Naira as damages and a perpetual injunction restraining the defendant, by himself, his servants, agents, or privies, from repeating or continuing with the act of defaming him.

At today proceedings, counsel to Dr Ogbechie, Ekemejero Ohwovoriole SAN informed the court that the out-of-court settlement encouraged by the presiding Judge, had broken down as the other party made no attempt to reach out to him since the last adjourned date. Counsel to the defendant, Barrister Onyeka Nwokolo, told the court that he has not been able to proceed with the out-of-court settlement as his client has been unwell, spending two months in Jordan with a critical ailment.

He told the court that he has discussed the possibility of the settlement with his client but has not been able to communicate with the learned Silk but is still convinced that the window for settlement could still be explored. Mr Ohwovoriole(SAN)  opposed the statement made by the counsel to Prince  Ned, stating that they had 180 days from May 30, 2022 till date but never made any attempt towards such gesture  , rather have been avoiding any contact with Dr Ogbechie.

Justice Oji agreed with the submission of Mr Ohwovoriole (SAN) and called for the commencement of a hearing on the suit but still advised both parties to explore an out-of-court settlement of the matter before the next hearing date. The judge adjourned the matter to February 27, 2023, for a hearing.