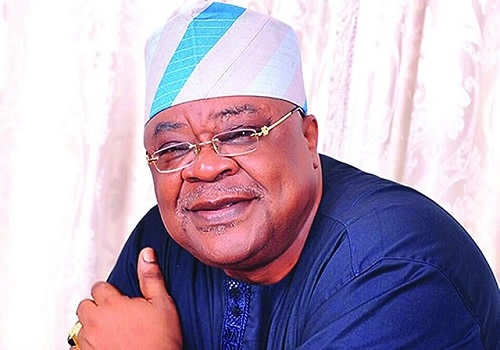 It was learnt that the All Progressives Congress (APC) chieftain died yesterday in his Ogbomoso, Oyo State home. He was 71.

Alao-Akala became governor of Oyo State from 2007 to 2011, following the impeachment of his principal, Chief Rashidi Ladoja.

It was gathered that Alao-Akala died in his bathroom upstairs while some people, including his personal workers, were waiting for him downstairs in Ibadan, the state capital, by 10 a.m yesterday, for his first wife, Florence’s 70th birthday slated for Saturday.

Alao-Akala arrived from Abuja on Tuesday and complained of feeling feverish, took a malaria drug and went to bed.

He was said to have attended a wedding last Saturday in Abuja and held political meetings afterwards.

His body was reportedly found in his bathroom around 10 a.m.

A statement by his son, Olamijuwonlo, reads: “With humble acceptance of the will of God, we announce the passing of our grandfather, father, husband and leader, His Excellency, Otunba (Dr.) Christopher Adebayo Alao-Akala, JP, psc, which occurred on Wednesday, January 12, 2022.

“Baba died peacefully in Ogbomoso at the age of 71.

“Omo Iya Alaro will remain in our hearts forever. Rest in peace, Baba.

“Burial arrangements will be announced by the family at a later date.”

Delta State Governor Ifeanyi Okowa commiserated with the Alao-Akala family, the people and government of Oyo State on the passing of former governor.

In a condolence message in Asaba, the state capital, by his Chief Press Secretary, Mr. Olisa Ifeajika, the governor described the passing of Alao-Akala as painful and regrettable.

“The late Alao-Akala was a patriot and a political icon whose life-long dedication and indefatigable commitment to serving the people will continue to be remembered.

“His contributions to the socio-political and economic development of Nigeria and indeed, humanity will remain indelible.