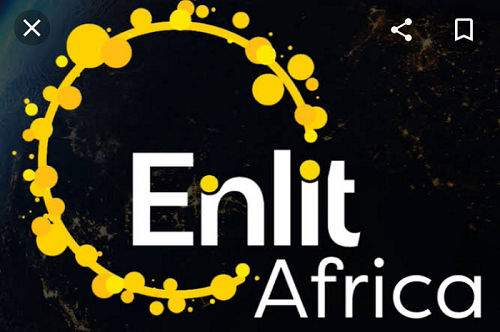 …Hydrogen hubs can serve as springboards for larger hydrogen development”

The second day of the Enlit Africa online event heard that there is an ever-increasing global demand for hydrogen* and too little supply, and that Africa could play an important role in the future value chain. Delegates also heard that the continent’s existing infrastructure for liquid petroleum gas (LPG) could help it leapfrog the transition from fossil fuels to cleaner technologies.

Hydrogen is a versatile energy carrier, which can help to tackle various critical energy challenges, and can be produced from almost all energy resources. – International Energy Agency

“Africa has a vast amount of sunlight and open spaces, which is available for solar, capturing solar energy, and, of course, quite a lot of wind as well,” said Ian Fraser, co-founder and chairman of the African Hydrogen Partnership. “It is not unreasonable to predict that Africa could become a net exporter of energy, particularly in terms of green hydrogen development, not only for local African use, but for export to other countries. Morocco, which is nicely positioned right at the top end of Africa, is already building a pipeline to export hydrogen into Europe.”

Fellow panellist Monica Swanson, the business manager for international hydrogen projects at the Port of Rotterdam Authority remarked that in Europe, the energy demand for hydrogen, as part of various zero emission alternatives, is expected to be 60 million tonnes per annum by 2050. “That really is a lot,” she added, “if you look at what’s currently being produced, we’re not nearly close to that production volume. And as a port we’re now looking at the sources of hydrogen, where we can reach them, and see how we can build coalitions to make corridors to get hydrogen towards Rotterdam.” About 13% of all energy consumed in Europe is currently imported and distributed through the Dutch port.

Vincenzo Giordano, Director: Sustainability Solutions for Cities and Communities at ENGIE Impact, is part of a feasibility study with the South African Department of Science and Innovation, South African National Development Institute and Bambili Energy, to establish a hydrogen valley, stretching more than 800km from Anglo American’s Mogalakwena platinum mine near Mokopane in Limpopo Province, along the industrial and commercial corridor between Johannesburg and the South Coast of Durban.

“At the centre of this analysis,” said Gordiano, “we have the concept of a hub, it’s an area where you have potential concentration of hydrogen demand across sectors. And this allows you to create economies of scale, possibly limit the transport costs, and improve the economics of the infrastructure project that you want to develop. So, the notion is that a hydrogen hub can serve as a sort of springboard for larger hydrogen development.”

In an interview on the role of liquid petroleum gas (LPG) in Africa’s energy transformation, Christoph Reimnitz, the World LPG Association’s chairman of the gas-to-power working group, said Sub-Saharan Africa could avoid some of the mistakes made in the developed world and start electrification with cost competitive renewables, without having to invest in carbon intensive fuels, such as coal. However, according to Reimnitz, as electricity from renewables is intermittent, gas is the most obvious solution for power on demand, as it is a fossil fuel that is relatively clean and affordable.

“LPG is basically available in 130 countries or more globally, because it is widely used for cooking,” he explained. “It is stored in spheres or containers in ports, and then transported to distribution centres where it’s packaged in cylinders of six, eight and 10kg at a time, and then distributed to local households. So, you already have LPG infrastructure almost everywhere in Africa and it should be used for power generation, as should natural gas, because it is so similar. And people should consider using it and leveraging the existing infrastructure, because that allows you in a way to leapfrog, because you don’t have to go through the complicated and expensive planning processes if you were considering bringing in LNG.”

PLEASE NOTE: All Enlit Africa sessions are available on demand on the event platform

– Keynote address and discussion: The 5Ds of the energy transition

– How the City of Cape Town is addressing climate change

– Roundtable: The role of demand side subsidies for off-grid solar

– The business case for a circular economy

– G3-PLC, a powerful communication technology for the African Smart Grid

– The role of Africa in the global hydrogen-generation market

– Roundtable: How solar PV is changing the commercial and industrial energy landscape in Africa

– The role of LPG in Africa’s energy transformation

– Catalysing the green economy for SMMEs with GreenCape

To view the programme and to access all the sessions, register on the Enlit Africa-Connect platform, click here.

Eskom, the Department of Mineral Resources and Energy and the City of Cape Town have been official hosting partners of the event for many years and 2021 is no different.

ESI Africa, the continent’s leading news provider for power and energy news, is the official host publication while the Enel Foundation is back as the knowledge partner.

Enlit Africa, taking place from 8 to 10 June, is the new brand for the Cape Town-based African Utility Week and POWERGEN Africa conference and exhibition, which for more than 20 years has been the flagship power and energy show for the continent’s energy sector. The event had two very successful, interactive digital editions last year and rebranded in November 2020.

Enlit Africa is organised by Clarion Events Africa, a multi-award-winning Cape Town-based exhibition and conference producer across the continent in the infrastructure, energy and mining sectors. Other well-known events include Nigeria Mining Week, Africa Mining Forum and DRC Mining Week.