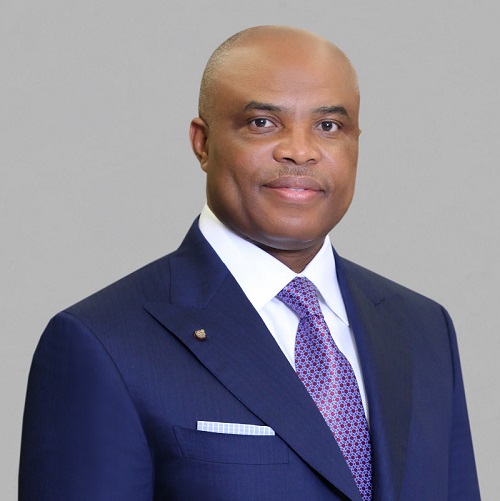 In recognition that one of the biggest challenges in Energy Transition is the continuous discordant tunes that are being sung across the world, Dr. ABC Orjiako, Chairman, Seplat Energy Plc believes that the best of this new journey can only be achieved in a collaborative manner leveraging technology and innovation. He spoke on October 19 at the 2021 Milken Institute Global Conference themed “Charting a New Course”.

The Milken Institute Global Conference is an annual convening of global leaders in government, finance, health, academia, industry and philanthropy. The Milken Institute, an independent economic think tank publishes research and hosts conferences that apply market-based principles and financial innovations to social issues in the US and internationally.

At the global conference, Orjiako’s panel focused on “Energy and Commodity Markets: Structural Bull or Earthbound?” His words: “We must develop a coordinated and coherent approach to energy transition with the specific needs of several geographies in consideration”.

Orjiako’s panel provided insights on how few markets have seen more fundamental changes than energy and commodities. The experts at the panel responded to issues such as – How accelerated demand for microchips has led to rising metal prices, decarbonization and how electric vehicles are disrupting the energy market, and top companies supporting initiatives such as the broad deployment of hydrogen.

His panel also looked at what energy and commodity firms and investors can do to stay ahead of the game; and how they are supporting policy or developing effective programmes; as well as what incentives can help accelerate decarbonization and a more sustainable approach in the face of a growing climate crisis.

While responding to Seplat Energy’s timeline for Energy transition and how he sees this happening, Orjiako said: “I think one of the biggest challenges in Energy Transition is the continuous discordant tunes that are being sung across the world. The recent bull market experienced in the commodities market particularly with oil and gas is due in part to the uncoordinated planning of the pace of Energy Transition. The real message is that net zero emissions does not equate to zero fossil fuels.”

He further told the teaming audience that massive withdrawal of funding for fossil fuel projects has led to a market imbalance where with every slight rise in demand comes a sharp increase in commodity prices “as seen in the recent uptick in the price of coal.”

“Energy transition must be done in a collaborative manner where there must be a balance between net-zero /carbon neutrality and energy poverty in Africa and much of the developing world. To put this in context, Nigeria for example with a population of over 200 million people has installed grid capacity of 12,500MW, availability of grid power to the population is only 3,000 – 4,000MW. 25,000MW off-grid power is supplied by diesel generators”, Orjiako noted.

“Over 60percent of the population has no access to electricity and rely heavily on biomass and kerosene for cooking. The challenge remains: how do we prioritize a transition to renewables overnight without addressing the energy poverty that exists with the available fossil fuel. Nigeria cannot afford to not utilize its over 200Tcf of gas reserves in the bid to address the UN SDG7 as it pertains to universal energy access. This gas reserves will leapfrog the transition”, he said.

On whether it is possible for oil price to go towards $100 per barrel (/bbl) given the recent demand surge and the example scenario where coal plants cannot sustain demand in China for instance, he said: “It is a possibility that oil price will go beyond $100/bbl in the near term”.

“The bull market is not isolated and oil prices will experience volatility in the long term. The phenomenon of Energy transition has been around for a while – e.g. the transition from coal to oil and then to gas. Energy transition in the past typically took about 100 years and keeps evolving over time. The current energy transition push is mainly driven by climate change and the urgency of now; however, it will not happen overnight,” Orjiako further said.

According to him, the current energy transition is also driven by politics, climate activism and policies whereas in my view the energy transition should be driven by technology and innovation in a coordinated manner by all players. “The recent call by the UN Secretary General for a complete stop to funding fossil fuel projects I consider as policy activism and contradicts the UN SDG7 aspiration as the current requirements cannot be met by renewable energy sources alone”.

A more pragmatic approach in Orjiako’s opinion will be to invest in the technologies that will drive net zero aspirations as well as engage policies and incentives to encourage carbon capture and sequestration.

“In Seplat Energy for example, we are implementing a flares out programme to be delivered in 2024 (2.8MT of carbon emissions), six years ahead of the Federal Government’s target year of 2030.

“We also see opportunities in Gas monetization as an added benefit of our flares-out programme. We have also launched our Seplat Tree for Life campaign as a way to naturally capture carbon through tree-planting. This campaign will also address the “S” in ESG with social impact, providing jobs and mobilizing youth participation in the programme. This demonstrates and further underscores the need for a sustainable approach to the solving the problem rather than defunding fossil fuel projects,” he noted.

“At Seplat we have changed our name to Seplat Energy to repurpose our organization to lead Nigeria’s Energy Transition. It is a mix; we continue to leverage our upstream business focusing on applying technologies to reduce carbon intensity in our operations. Midstream business where we maximize the opportunities in Gas and the New energy business where we focus on renewables in off-grid and solar”, the chairman told the audience.

Over the past 5 decades or more, the global energy and commodity markets have been ruled by a combination of factors, ranging from geopolitics, scramble for market control by producers and consumer nations, global economic influences, and policies of the global economic superpowers, versus the economics of poverty amongst the developing economies.

Currently, the impacts of the COVID-19 Pandemic and climate change action have added a new dimension and complexities to the supply-demand fundamentals. The global energy and commodities market will continue to witness continued swing between the bulls and the earthbound phenomena, which will lead to long term volatility in energy prices.

The current bull’s market is driven by an uncoordinated energy transition programmes by different economies while energy poverty prevails in Africa and other developing economies.

While responding to question on whether there should be Carbon Tax, Orjiako noted that “the right pricing for carbon emissions offset credits as opposed to a carbon tax is actually an incentive that will be quite useful in driving Energy Transition”. To him, there needs to be a universal, standardized acceptable way for measuring emissions, offsets, and credits across board.

“We are also looking at the area of deforestation and health hazards in homes brought on by domestic use of biomass for cooking in Nigeria. To address this, we have identified LPG penetration. The benefits of this are preservation of the forests and promote health of our people.

“Another way to leapfrog to renewables is through the proliferation of solar energy. The Federal Government of Nigeria instituted the “Solar Naija” Programme to deliver solar power to 5 million homes. This is commendable however when compared to the massive energy gap we will still require support from our enormous fossil fuel resources to achieve our universal energy access aspirations”, Orjiako said.

Speaking further on where the Energy for the future will come from amid population growth (about 2 billion people by 2100) which shows that there will be more demand for power, chairman of Seplat Energy said: “The balance is in the mix. As people migrate both geographically and socially to higher income status, the demand for energy will grow rapidly. This demand cannot be met by just one energy source. Ultimately the percentage contribution of fossil fuels will taper off as that of renewables in the mix grows over the coming years. However, the absolute contribution of fossil fuels to the energy mix will remain about the same.”

He noted that the current global demand for oil is about 100million barrels per day and projections show that in 2050 even with natural decline, “oil will still contribute about 40percent to the energy mix as against current contribution of 55percent today, but total demand will still be at about 100million barrels or more because of the increased demand brought on by population growth.”

“We will need to revisit the Paris Climate agreement and provide adequate investments in technology and investment as well as promote the right policy framework to keep temperature rise below pre-industrial levels rather than a focus on defunding fossil fuels,” he added.