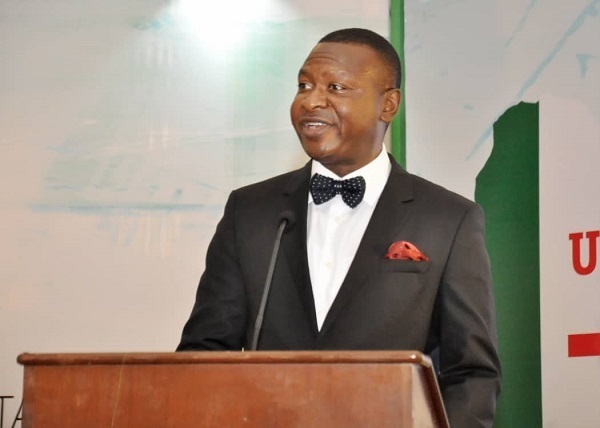 The oil and gas chief, who was represented by Kayode Adeboye, communications coordinator, said this in his address at the 2021 Annual General Meeting of the Amona Ilaje Ugbo Coastal Communities Development (AMAICOMMA),a community-based organisation established under the Offshore Memorandum of Understanding (OMoU), between the Ilaje and Ugbo Coastal Communities, the Ondo State Government and the NNPC/Chevron Nigeria Limited (CNL) Joint Venture.

“It is heartwarming to note that in keeping with the principles of transparency and accountability, the leadership of AMAICOMMA is able to hold its AGM today,” he said at the event, which took place on Friday, November 19, 2021, at Oba Osangagan Hall, Ode-Ugbo, Ilaje Local Government Area, Ondo State.

Brikinn congratulated AMAICOMMA for achieving most of its cardinal objectives, including, community empowerment, sustainable development for the people and creation of a peaceful environment conducive for business. “We are also happy that AMAICOMMA has fostered peace and helped resolved conflicts in its communities”, Brikinn added.

Also speaking, Taiwo Pius Orisabinone, Chairman, AMAICOMMA, represented by AMAICOMMA Secretary, Hon. Leke Akingboyethanked CNL for its continued funding of the OmoU. He also thanked everyone for honoring the invitation. He went on to highlight some of the achievements of the association which included: free medical health services, for the aged, pregnant women and children, skills acquisition programme for women, on-going construction of a mother and child health center in collaboration with the Ilaje Regional Development Committee (ILRDC) plus the constructionof an ultra-modern office secretariat at Ode-Ugbo, which is at an advance stage, among others.

The Olugbo of Ugboland, Oba (Dr) Frederick Enitiolorunda Akinruntan, CON, FNIM, Okoro Ajiga 1, who was represented by Chief Omotehinse Sunday Mogohen, Baale ofAgbede community commended CNL and AMAICOMMA for their contributions to the development in his domain. In a similar vein, Professor Femi Ajibola, Chairman New Nigeria Foundation, an NGO, lauded CNL for its continued support of initiatives that support development in the Niger Delta, especially, the GmoU.

A highlight of the event was the presentation of the audited financial report by Michael Adebayo of Olorunfunmi Ologun & Co. the firm responsible for auditing AMAICOMMA. The firm re-affirmed that the financial statement gave a true and fair view of the financial position of AMAICIOMMA for the years ended 31st December 2019, 31st December2020, and June 30, 2021respectively and this was supported by several community members at the venue.