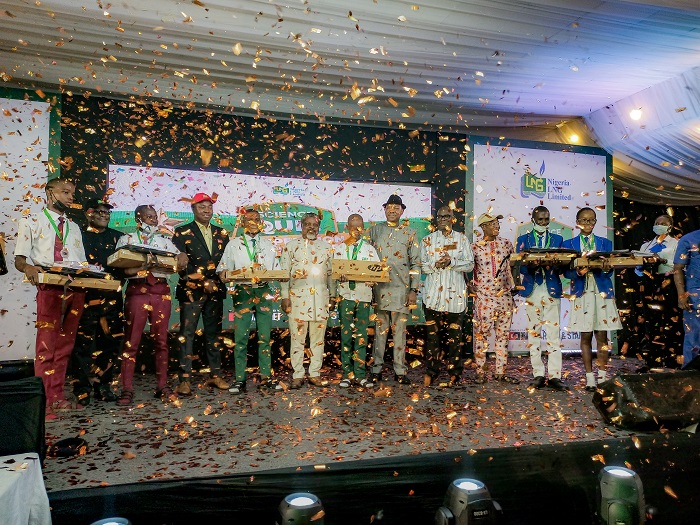 This year’s competition comes after the pilot edition in 2021 on Bonny Island. The competition, which is open to secondary schools in Rivers State is in partnership with the Rivers State Ministry of Education and the Science Teachers Association of Nigeria (STAN), Rivers State Chapter.

The secondary schools participated in two stages – the Olympiad Stage and the Championship -before the Grand finale. The students in both stages were presented with consolations prizes.

In his welcome address, NLNG’s General Manager, External Relations and Sustainable Development, Andy Odeh, said the competition’s goal is to inspire healthy competition among the youth and to spur interest in science and technology as a way of  equipping young minds for nation-building.

He stated that the company’s interest in education and its corporate social responsibility thrust toward youth development in Nigeria was inspired by its vision of being “a globally competitive LNG Company, helping to build a better Nigeria.”

“We all have dreams, dreams of a better tomorrow. We dream of a sustainable future, wherein our inputs into today would materialise as gains for tomorrow. We dream that our children will grow to take their places in civilisation and prosper with a standard of life that assures their progeny of a bright future. But dreams are one thing; taking credible steps in determining our dreams’ realistic outcomes is another. NLNG’s business was once a dream nurtured by sheer grit to become the globally competitive company it is today.

“NLNG is consistently looking towards the future and is harnessing prospects towards that sustainable outlook. Hence, the thrust of NLNG’s CSR framework focuses on developing health, education, empowerment, and infrastructure for the benefit of the general society, particularly its host communities,” he said.

He urged the participating schools and students to use the NLNG Science Quiz Competition as a platform for future self-development, adding that NLNG will continue to invest in the educational value chain to support the aspirations of young Nigerians.

Mr Odeh stated further that NLNG had sponsored other education programmes, which included the University Support Programme; renovation of host communities’ schools’ projects; building and equipping of libraries and science laboratories; and scholarship awards at post-primary school, undergraduate and the post-graduate levels.

The Honourable Commission for Education in Rivers State, Professor Prince Chinedu Mmom, stated that the Rivers State Government takes education seriously, adding that it was an honour for the government to be part of the quiz. He said further that the quiz was an appreciation for science and technology which supports the development and life globally.

The competition is facilitated by Dragnet Solutions Limited.