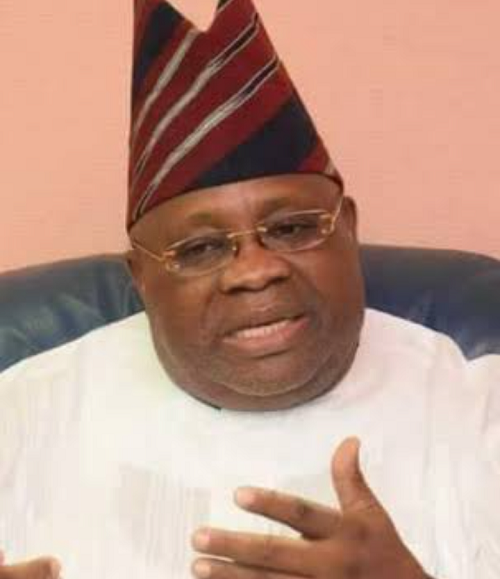 It could be recalled that Adeleke almost achieved similar feat four years ago but lost to the incumbent following a re-run due to inconclusive poll.

On Saturday, he achieved a hard-fought victory over the state’s incumbent Governor, Gboyega Oyetola, of the All Progressives Congress (APC) in the state’s governorship election.

Senator Adeleke, 62, riding on the back of a campaign aimed at developing the state and retrieving what he says is his stolen mandate, secured 403,371 votes, 28,344 more than his closest rival, the incumbent governor. Governor Oyetola polled 375,027 votes.

It was enough for the Returning Officer of the election, Professor Oluwatoyin Ogundipe, to declare him winner and governor-elect.

“I declare that Adeleke Ademola Jackson Nurudeen of PDP, having satisfied the requirements of the law, is hereby declared the winner and he is returned elected,” Professor Ogundipe declared.

Saturday’s election featured 15 contestants with the rematch of Oyetola and Adeleke drawing the most attention.

As the results from the local governments trickled in, it was clear that the election which was generally considered peaceful was a two-horse race between both men.

Kehinde Atanda of the Action Democratic Party (ADP) came in at a distant third with 10,104 votes, followed by Lasun Yusuf of the Labour Party with 2,729 votes.

In the last governorship election held in 2018, it was a tough contest as the APC flagbearer had to win a supplementary election before he was returned elected.

Following the initial poll held that year, Oyetola trailed Adeleke who had led by 353 votes going into the supplementary election which held in seven polling units.

The votes garnered in the supplementary poll would later help the incumbent governor to overturn the deficit and put him ahead of his PDP counterpart, leading to his emergence as the winner of the keenly contested election.

According to the final votes announced by the electoral umpire that year, Oyetola polled 255,505 votes while Adeleke scored 255,023 votes – a difference of 482 votes.

It was, however, victory at last for the PDP candidate and his supporters on Sunday (today) when he was returned elected by Professor Ogundipe who doubles as the Vice Chancellor of the University of Lagos (UNILAG).

Compared to his loss in the last election, Adeleke bounced back to defeat incumbent Governor Oyetola with a vote margin of 28,344.