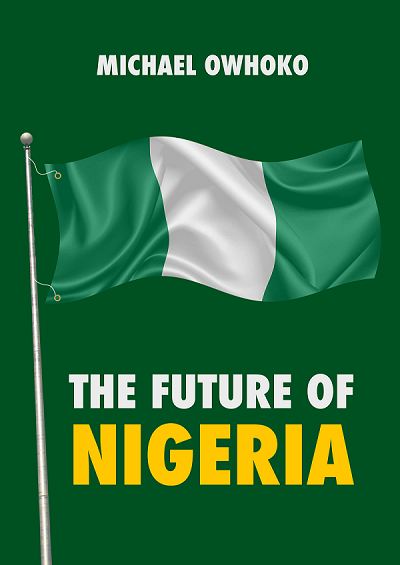 A new book on how Nigeria can avert the looming threat of implosion arising from growing discontent over current political system has been released.

The book, which serves as a blueprint for the government and people of Nigeria on the way forward, highlights various political options to steer the country away from edge of the precipice.  It is in response to mounting demand for change of the country’s political system from unitary system to federal.

The current unitary system with centralized powers is incompatible with a heterogeneous society like Nigeria, fueling demand for federalism believed to be best suitable for the country’s diverse cultural and socio-economic aspirations of the multiethnic confederacies.

The book, entitled The Future of Nigeria, and written by Michael Owhoko, a renowned journalist and author, is aimed at stemming the growing agitation for separate independent sovereign states through self-determination and militancy.

The Future of Nigeria which was released over the weekend and now available on Amazon and major bookstores worldwide, also highlights how minerals and other natural resources across Nigeria can support federalism; why leaders continue to seek ethnic gains at the expense of national interest; and why militancy and separatist groups have emerged as sign of discontent in the polity.

“The bane of the country is the loss of regional autonomy to unitary system where the winner at the centre controls the resources and deploying same subjectively, leaving the federating units stunted and dependent.  This has resulted in distrust, frustration, fear and discontent as it stifles initiative and capacity of component units to develop at their paces, Owhoko specifically revealed in the new book.

The book which is an updated version, is a must read not only for the ruling and political class but important for all stakeholders in the federating units on ways of saving the country from balkanization engendered by sustained agitation for a system of government that guarantees equity and justice.

Michael Owhoko is a journalist, author and public relations practitioner who has mostly worked in the banking, oil and gas, and media industries.  He is the publisher of Media Issues, an online newspaper that can be found at http://www.mediaissuesng.com. He is also the author of The Language of Oil and Gas; Career Frustration in the Workplace; Nigeria on the Precipice: Issues, Options, and Solutions; and Feminism:The Agony of Men.