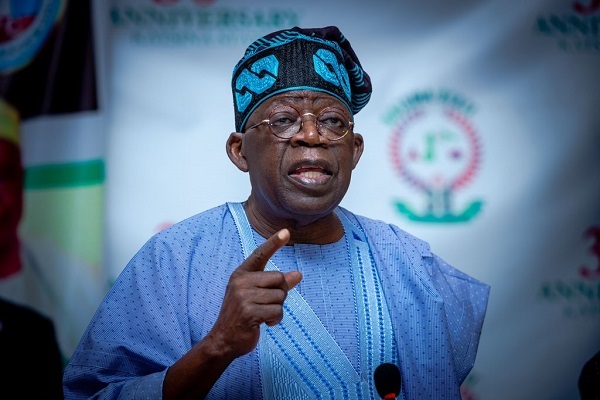 The Presidential candidate of the All Progressive Congress (APC), Asiwaju Bola Ahmed Tinubu, made it known that the North-East was abandoned by the People’s Democratic Party (PDP), over its failure to contain Boko Haram insurgents in the Northeast geo-political zone while in power.

Also speaking at the campaign rally at the Abubakar-Tafawa Balewa Stadium on Monday, the Senior Adviser on strategic Planning of the APC  presidential campaign council, Ahmed Lawan, alleged the PDP abandoned vulnerable Nigerians in the NorthEast at the mercy of Boko-haram.

He said: “Mr. President our father, mentor, the PDP abandoned in the North East to book haram until you came into office”

“In 2015 when you were sworn in, you liberated us. We in the North East are the most important beneficiaries of your administration g because Boko haram was technically defeated by the time you came into power.”

It was also gathered that the Abubakar Tafawa-Balewa Stadium was filled as thousands of APC supporters thronged the venue to lend support for Tinubu’s presidential aspiration.

Thousands of jubilant youths, who couldn’t gain access to the entrance, also trooped to the streets to celebrate the arrival of the APC presidential candidate.

The crowd in the stadium erupted with joy the moment Tinubu entered the stadium, cheering him, beating drums and chanting solidarity songs in Hausa “Baba Oyoyo”