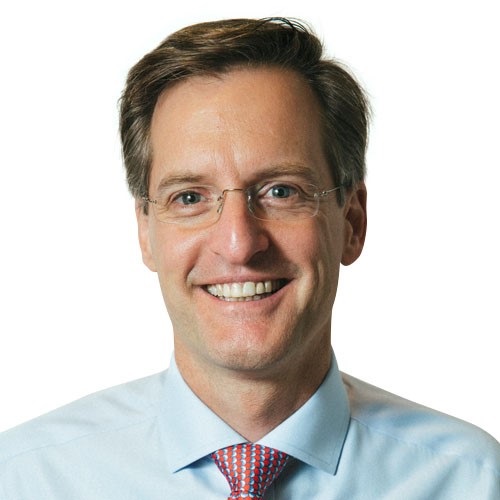 -By James A. Afolabi

Tony Hawkins steps down from the Board of Lekoil Limited on 30 June 2022.  After 2 ½ years on the Board, latterly as Executive Chair, he will leave behind a business that is a shell of the one he joined.

It all began on the 6th of January 2020, when due to pressure from one of the Company’s shareholders, Meridian Capital, Hawkins was appointed to the Board of  Lekoil Limited, the oil and gas exploration and production company with a focus on Nigeria and West Africa. Subsequent events were to show that this appointment was ill-advised, as Hawkins in November 2020, colluded with Metallon Corporation (a major shareholder) in orchestrating the requisitioning of a hostile Extraordinary General Meeting (EGM).

By the time that EGM took place on the 7th of January 2021, it was clear that Hawkins had a personal agenda of becoming Chairman of the Board.

To pave the way, Hawkins adopted a persistently hostile position towards Lekoil Nigeria and especially towards the Founder and CEO, Lekan Akinyanmi, focusing on the CEO “loan” and other “issues”.  Backed by Metallon, who wanted to gain control of the business by the back door, Hawkins’ clear agenda was to oust Lekan Akinyanmi from the Board. The EGM was the mechanism to achieve their aims and, once in control, they terminated Lekan Akinyanmi’s appointment as CEO. Lekan Akinyanmi remains CEO of Lekoil Nigeria.

On the 3rd of June 2021, Hawkins received his reward with his appointment as Interim Executive Chairman of the Board of Lekoil Limited. As he was to soon find out, it was but a poisoned chalice. His actions led to a mass resignation of all the Nigerian Directors on the Board as well as key Officers.

The company suffered its first major crisis, on September 30, 2021- three months into his tenure, with the suspension of Lekoil Limited from trading the company’s Ordinary Shares on the Alternative Investment Market (AIM) under Rule 19 and 40 for failing to publish its accounts.

Indeed, the statutory company accounts, as submitted by Lekoil Nigeria, were ready for publication by June 30, 2021. They were wilfully delayed by Hawkins until October 2021 and, only then, after heated pressure by a shareholders’ group, thereby causing needless unrest, panic by many investors, and avoidable suspension. The suspension was wholly unnecessary!  Hawkins had falsely claimed that the suspension arose because Lekoil Limited needed to clarify under AIM rule 40 what its relationship was with Lekoil Nigeria Limited (“Lekoil Nigeria”)”.

As the company’s problems began to mount, Metallon lost interest and sold its shares in September 2021 leaving behind a rogue Board with directors and advisers’ fees needing to be paid. Desperation was setting in. Anthony Hawkins’ response was to issue equity and hand over effective control of a major asset of the business.

In a move to save the share value from avoidable dilution, Lekoil Nigeria made an offer to acquire Lekoil Limited shares at “an initial purchase price of US$1.5m, representing 50% more than that which the Board of Directors of the Company has agreed to sell the Mayfair Loan to Savannah Energy Investments Limited (“Savannah”) pursuant to the Option Agreement and “a deferred payment of US$110 million, being more than twice the deferred consideration proposed to be paid by Savannah pursuant to the Option Agreement.”

But Hawkins refused to accept what many shareholders regarded as a “fair-value” offer by Lekoil Nigeria, choosing instead a wholly value destructive solution, which consisted of making agreements with Savannah Energy Investments Limited to hand over control of Lekoil Cayman for £855,000, under a convertible funding agreement and US$1,000,00 under an option agreement.

Given that the company had an enterprise valuation of US$500 million, with Otakikpo alone conservatively valued at US$200 million, the agreement with Savannah Energy was at best, a slap on the faces of shareholders who due to further dilution of their shares, will not receive any value from this very confounding agreement.

In a letter written by Lekoil Nigeria and addressed to Hawkins in September 2021, (published via the London Stock Exchanges RNS Reach on September 15, 2021) the segment subtitled ‘Breach of Disclosure Obligations’ partly reads

“…The identity of this lender is material and relevant information for the shareholders of the Company. Given the heavily discounted nature of the conversion price attaching to the CFA, it is material that shareholders are aware of the identity of each of the lenders”. Pursuant to AIM Rule 10: “an AIM company must take reasonable care to ensure that any information it notifies is not misleading, false or deceptive and does not omit anything likely to affect the import of such information. We believe that the failure to disclose the identity of this lender breaches the requirements of AIM Rule 10”

By May 2022 Hawkins led the company to delist from AIM and subsequently attempted a re-listing on AQUIS. This is a spectacular under-achievement that leaves the company worse off, as AQUIS comprises predominantly illiquid micro-cap companies with limited sell and buy-side interest and does not require the same level of disclosure as the AIM. Finally, having broken every rule he could muster, Hawkins stepped down from the Board in June 2022, leaving behind “a company with assets comprising litigation and contingent liabilities”.

This has been a sorry saga of wanton value destruction.  Hawkins, who was previously the CEO of Sterling Energy Plc and Columbus Energy Resources Plc, none of which did well under his leadership, is leaving behind a devastating impact on the company he was entrusted to run and manage on behalf of all stakeholders.  His tenure has been an unmitigated disaster and will be seen more or less, as the crowning glory [in the poor trail] of his integrity and competence or the lack thereof.

As Chairman, he led Lekoil to a contemptuous breach of Nigerian laws by proceeding to hold an Extraordinary General Meeting in spite of a substantive court order. And to further demonstrate disdain for corporate governance, he also presided over the appointment of a Savannah Energy Plc representative,  as a Director of Lekoil Cayman, in flagrant violation of the court injunction restraining both companies from holding the Extraordinary General Meeting (EGM) on   April 7, 2022, an action which is a nullity before the law.

Anthony Hawkins, even in the twilight of his departure as the Executive Chairman of Lekoil Limited, remains frantic and determined to transfer control of a company that has its worth defined by its Nigerian assets, to the control of the British-owned firm, Savannah Energy Plc.

The litany of misconduct by Hawkins raises the pertinent question, whose interest did Hawkins serve while he held sway at Lekoil Limited?