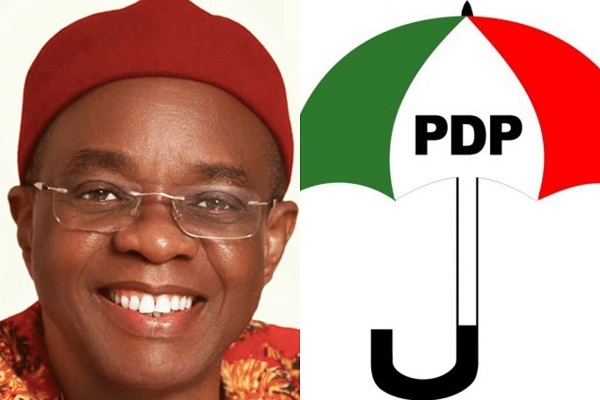 The main opposition political party in Nigeria, the Peoples Democratic Party (PDP) has lost its governorship candidate in the Southern Abia State after a brief illness, a family source announced.

This is coming few weeks to the March 11 governorship election in Nigeria.

Prof. Eleazear Uche Ikonne passed away at the National Hospital Abuja in the early hours of Wednesday, January 25, 2023 after a brief illness, his son Dr Uche- Ikonne Chikezie said in a statement.

“He was recovering after taking proper treatment in the United Kingdom but relapsed a few days ago leading to multiple cardiac arrests for which he didn’t recover from.

“Further details and arrangements would be made known to the public after deliberations and meetings are made within the family”, he said in a statement.

The state Governor, Okezie Ikpeazu had in an interview last week admitted that Prof. Ikonne, a former Vice-Chancellor of the state-owned Abia State University Uturu but said he (Ikonne) was showing signs of recovery.

The governor and the PDP had been criticised for fielding a candidate from Abia Central, where the immediate past governor, Theodore Orji hails from, instead of Abia North that has not produced the governor since the exit of Orji Kalu in 2007.