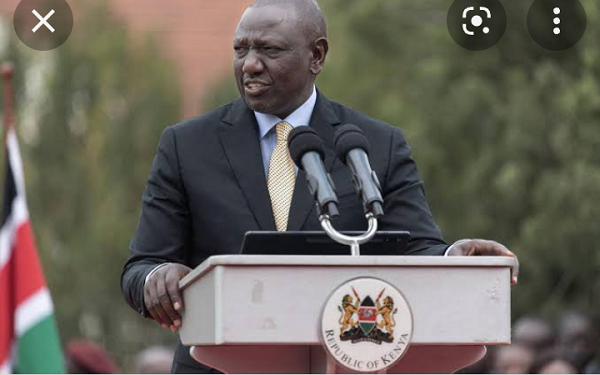 William Ruto has taken the oath of office and was sworn in as Kenya’s fifth president on Tuesday.

This came in a week after the Supreme Court rejected a challenge by his main political opponent, Raila Odinga.

The election that installed Ruto as Kenya’s president was appealed by Odinga but the country’s apex court upheld the result announced by the Independent Electoral and Boundaries Commission (IBEC) chair, Wafula Chebukati.

Many African leaders such as Nigeria’s Vice President, Professor Yemi Osinbajo, and Ugandan President Yoweri Museveni among others graced the occasion that took place at the 60,000-capacity Moi International Stadium, Kasarani, Nairobi, the nation’s capital.

Ruto’s predecessor and former principal, Uhuru Kenyatta during the ceremony said, “My family and I join all Kenyans in wishing the very best to our next President Dr William Samoei Ruto and extending to him our warmest congratulations for receiving the mandate of Kenyans to lead us as our 5th president.”

Speaking on his new leadership role, Ruto, who was deputy president for a decade said, “A village boy has become the president of Kenya,” to the cheers of the crowd.

According to Reuters, the 55-year-old Ruto has the job of combating an economic crisis in East Africa’s wealthiest and most stable nation, where food and fuel prices are surging, unemployment is high and public debt rising.