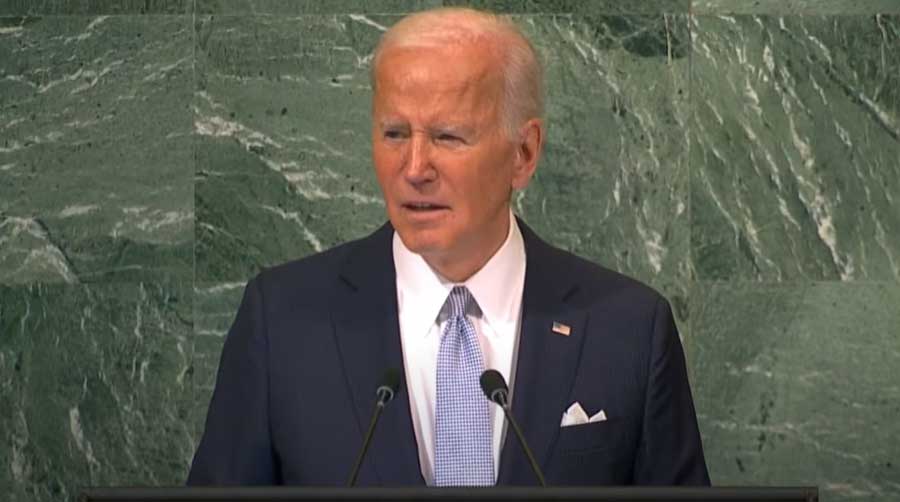 President Joe Biden of the United States made it known during his address at the United Nations General Assembly that the country is proposing $11bn funding annually towards energy transition.

The US President stated thus, “So as I announced last year to meet our global responsibility, my administration is working with our congress to deliver more than $11bn a year international climate finance to help lower-income countries implement climate goals and ensure a just energy transition.

“The key part of that will be our pep far plan which will help billion people and especially vulnerable countries adopt to the impact of climate change and build resilience.

“This need is enormous, so let this be the moment we find within ourselves the will to turn back the tide of climate demonstration the devastation and walk resilient, sustainable clean energy economy to preserve our planet.”

The decision was likely influenced by arguments pioneered by countries in Africa and emerging economies who are pushing for justice in the transition to zero carbon. They have chosen 2060 for their net zero emission target.

Nigeria is Africa’s biggest oil producer with a huge gas deposit of 208.62TCF while oil reserves is 37.046 billion barrels.

Annually, the country will spend $10bn annually to deliver the plan.

The Federal Government and oil major like the Nigerian National Petroleum Company have championed the advocacy for gas as a transition fuel.

Nigeria hopes to develop its clean energy mix with proceeds from its multi-billion dollars oil and gas deposits.

Also, Nigeria’s domestic energy needs would be addressed using gas to drive industrialization and create jobs for its over 200 million people.

Already, the NNPC Ltd has signed a gas contract with the ECOWAS Commission and Morocco, aimed at supplying gas to Morocco, 13 ECOWAS Countries and Europe, integration of the economies of the Sub-region.

“Before the window closes on fossil fuel, Nigeria must utilize its huge oil and gas resources to boost our economy and promote sustainable growth and social development for the present and future generations,” the Group Executive Director, Upstream of NNPC Ltd, Adokiye Tombomieye had said on Tuesday.