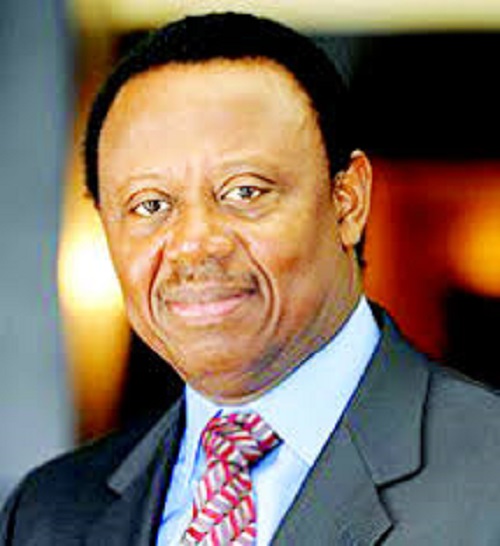 Some Nigeria independent oil companies also known as Indies have thrived in their role of Exploration and Production (E&P) activities in the country after taking advantage of International Oil Companies (IOCs) divestment. The divestment gave Indies opportunity to own asset and ultimately participate in the oil industry.

AMNI International Petroleum Development Company Limited is one of the successful Indies in Nigeria. In his keynote address at the first Akomeno Oteri Annual Lecture to commemorate the 45th Anniversary of the Nigerian Association of Petroleum Explorationists (NAPE), by its founding fathers, Chief Tunde Afolabi, Chairman of AMNI and former President of the association, gave insights of the oil industry.

The Indies came into being courtesy of some tenacious Nigerians through the undying support of then Minister of Petroleum Resources, Professor Jubril Aminu when the concessionary block award was approved by the government of General Ibrahim Babangida. The independent production capacity hovered around 2% of the nation total output until the divestment exercises between 2014 and 2016, when several onshore asset reserves ranging from 200million barrels to 1.2million barrels were divested and a new class of independent producers emerged with daily production of about 70,000 barrels support per day.

The Chairman of AMNI explained that in 2009, by the far end of global economic recovery that lasted till 2014, oil endured to $100 per barrel. But in May 2014, the industry experienced another crash in oil prices gone to $50 per barrel and that did not stop its free fall until it reached $30 per barrel.

He stated further that September 2015, oil prices started its recovery and by 2018, there was another milestone sprung of $80 per barrel. Oil prices hover between $80 per barrel and $60 per barrel until February 2020, when it took a nose dive to below $15 per barrel.

The number of explorations and appraisal lost in Nigeria between 2010 and 2019, closely mirrored a level of capital expenditure. In 2010 to 2012, especially in 2013, the number of exploration and appraisal were significantly higher than the previous and following years. This reflects proving reserve growth between 2010 and 2016, again this mirrored the price of oil during that period. The crash of 2015 significantly affected reserve growth from 2017 and beyond.

According to Chief Afolabi, this is the only aberration which is found in the statistics of Nigerian oil industry activities leading to production slide that started in 2010 to 2016. “One would have expected that as exploration and appraisal activities including crude oil reserve move, it will move with production activities but this is far from reality.”

He said, it is too early to tell what effect the crash of crude oil price in February and March 2020, will have on the industry in the coming years. “One thing is certain; capital spend in 2020 and 2021 will significantly reduce spending on exploration and production activities.”

The former President of NAPE made clarifications that by quarter four of 2019, oil prices were getting restless and even $60 per barrel was not sustainable. 2020 started with some optimism that things might turn around with $55 but in January, the industry experienced $70 per barrel oil before Covid-19.

Shockingly, from nowhere the whole world was caught unaware before the end of quarter one oil prices have crashed from $60 per barrel in January to $18 per barrel by the end of March. The world was awash with oil probably 100million barrels. Tankers on the high seas were being used for emergency storage because refineries were full to capacity.

He highlighted further that from January to March 2020, the first agencies to feel the impact of free fall in oil prices in the Nigerian oil and gas industry were; the Federal Government of Nigeria through “Nigerian National Petroleum Corporation (NNPC), whose revenue fell by more than 70% and the Independent Oil Producers whose incomes come from near marginal field operations income and live from month to month and from hand to mouth and at the mercies of their bankers. Some were lucky to have hedged early, but none was spared the agony of budget balancing. Oil men became finance strategists overnight searching for funds by both the IOCs and the Indies.”

In Nigeria, funding problems of E&P oil and gas companies have been for number of years. The traditional source of funding for the oil and gas industry and intentionally dropping out the E&P part of the industry because facilities granted by banks to the marketers of petroleum products most especially Automated Gas Oil (AGO) and Premium Motor Spirt (PMS) are included in the count of what was given to the oil and gas sector which amounted to 50% of the total facility. The IOCs generally are self-funding of their E&P activities. They only borrow from banks mostly in naira for sundry services like staff salaries and emoluments, contractors among others.

However, Indies depend mostly on local bank financing and small funding from shareholders equities. Therefore, those that feel the impact of crude oil collapse in their businesses are the Indies. From 2014, when the industry suffers the major price collapse in 2019 even at $60 per barrel for oil, credits from banks in the oil and gas industry dropped from the height of $12.5 billion in 2014, to $9.5bilion in 2019, a whopping 24% fall in available credit. One factor that has exacerbated the credit crunch from the Indies and local banks was the Central Bank of Nigeria.

Meanwhile, the product market and the IOC naira demand drastically reduced and eventually was made available to the Indies for their E&P operations and often quite high financing cost.

Chief Afolabi projected the way forward that in 2020, there are at least 13 Indies with gaps of almost 4billion barrels of oil and producing close to 500 000 barrels of oil per day. If these reserves are to be developed at an average cost of $5 to $10 per barrel, the companies will require between $20 to 40billion for Nigerian banks, all together the total amount of about $5.5 billion in loans to the Nigerian oil and gas industry including the marketers.

He said as the new players arising from the 2020 bid rounds are added to the independent producers list, hopefully, with more reserves, they too will require funds to appraise and develop newly acquired assets. There are numerous proposals on the way forward.

What is the recommendation going forward? It is imperative for government to encourage licencing a purely oil and gas bank with the significance subscription to the shares of the banks by government. There has to be an oil and gas focused bank that understands market fundamentals and rudiments of running an exploration and production company.

Forecast for The Future

Chief Afolabi was of the view that “2021 to 2023 takes the industry from the bad in 2020 to the worst in 2021 and back again to the bad in 2022”. Similar story is told by the industry forecast for the growth of crude oil prices going forward. It is dependent on new production development especially in the deep water. If the past leads to the future and focus on the event in oil price recovery before it turns back to $50 a barrel will be a period of four years. Recovery to high prices might take a longer time. However, as the industry competes with the challenges of low carbon emission, there is demand for climate change mitigation.

Notwithstanding, Nigeria independent oil and gas producers currently accounts for 25% of production of the total national output. Thus, “we have not disappointed the government in domesticating the art and skill of oil and gas exploration, development and production. It will be a shame if we do not do all in our power to assure the survival of the independents.” Any required funding services that will support sustainable growth have to be encouraged while other mitigat