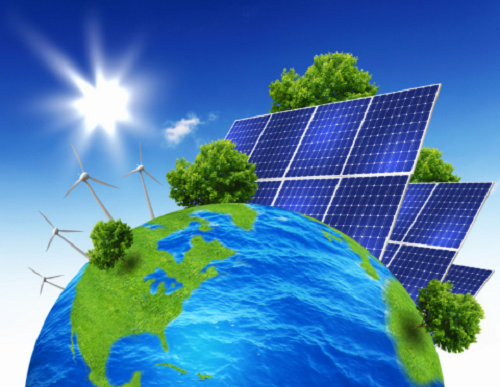 She had bought different sizes of generators, but they hardly lasted. She had almost given up until a flicker of hope came to her doorstep: a low budget solar-powered appliance advertised to her by a local merchant.

A one-off payment for the appliance would cost her N52, 000, she was told, but payment in instalment would be higher. Even at that, the appliances are only available for distribution in Lagos.

Although the installation cannot power any of her three freezers, the fact that she can light up her shop at night, power her fan and radio – her major source of news – gave her some respite.

Take irregular power supply away from business owners like Mrs Jaji, then 80 per cent of Nigerian businesses would have solved their second biggest challenge after lack of access to finance.

If the same is done to individuals, then around 55 per cent of Nigerians, per a government report, who have no access to grid-connected electricity, would also have a major burden taken off.

Nigeria’s power generation capacity, which consists of gas-fired and hydro-powered stations, is about 13,000 Megawatts, but the electricity transmitted remains less than 4,000MW/hour.

This is unlike South Africa, a country with less than a third of Nigeria’s population, which has an installed electricity capacity that is four times more than Nigeria’s, according to the U.S. Power Africa programme.

Again, South Africa’s per capita energy consumption is 31 times higher than Nigeria’s, even though the southern African nation is Africa’s second-largest economy.

Nigeria, Africa’s largest economy, loses an estimated $29 billion a year due to this, which is about six per cent of the GDP, according to the International Monetary Fund.

The government report stated that to keep pace with its fellow economic giants like South Africa, Nigeria would need to see a five times increase in electricity consumption.

In search of an alternative, households and businesses have resorted to fossil-fueled generators that gulp about $14 billion annually and pose environmental and health risks.

Solar as an alternative

Nigeria’s location in the tropics offers the country an abundance of sunshine all year round.

Therefore, as Africa’s largest economy and with over 2,600 hours of sunlight per year (about 7 hours of sunlight daily, on average), experts believe Nigeria has the economic war chest and environmental conditions to tap into renewable energy power sources like solar.

According to a research published by Ikponmwosa Oghogho, a lecturer at Delta State University, with this potential, about 1500PJ (the equivalent of 258 barrels of oil) could be available to Nigeria annually from solar energy.

This can be achieved just by using solar appliances with five per cent conversion efficiency over only one per cent of the total land area of the country for about six months of a year.

This shows that more power generation abounds if the solar value chain was explored on a larger scale.

“Due to the numerous disadvantages of conventional fuel sources when compared with solar energy and the recent giant strides in improving solar cell efficiency using a photovoltaic (PV) device that converts 40.8 per cent of light that hits it into electricity,” Mr Oghogho wrote, “Nigeria needs to reposition herself by investing in this invaluable resource to secure the energy future of our economy.”

Estimates by the World Bank suggest that investing in solar-powered plants could increase the availability of electricity to almost 80 million people who currently have none.

This means a transition to solar-based energy could help diversify Nigeria’s energy portfolio and reduce high electricity bills, as was the case for Mrs Jaji. Such transition could also stop the reliance on fossil fuels which come with attendant challenges like pollution through flaring and spillage.

Like Mrs Jaji’s experience, solar-powered appliances could also be a good alternative to generating sets without cost and health risks that come with the latter.

Although solar appliances are relatively more expensive than generating sets, the cost pales when compared with the cost of powering, servicing, fueling and maintaining generating sets.

Solar-based generating units can be built up far quicker than traditional power plants and it has proven capability to plug the gaps in Nigeria’s energy requirements, the CEO of Diadem Global, a power-solution technology startup, Oyeniyi Uthman, said.

The fact that the solar units can be built in chunks, used with inverter and battery and upgraded to higher capacity as time goes on make them a desirable alternative to generating sets that emit harmful greenhouse gases and other air pollutants into the environment, he added.

Some use the inverter alone, he said, with the option of incorporating solar panels later.

An Abuja-based businesswoman, Haulat Yusuf, uses the inverter alone and said it has been effective for her family and “when there is power cut for days, you don’t know.”

The downside, however, is that, because the high capacity batteries have to be charged for a long time, it consumes more electricity.

“This increases the amount of electricity units we now buy. But it has been very helpful,” Mrs Yusuf said.

“Consumers are getting to know more about solar energy and because it offers them financial savings and power efficiency,” Mr Oyeniyi noted.

“Even when they (consumers) say the cost of installation is much, they come back for more and make more referrals to us.

“Prices of installation are falling as a result of manufacturing costs and market competition,” he said.

On the average, powering a three-bedroom household in Nigeria with solar energy costs about N1.8 million and it would come with a battery bank for energy storage and solar panels.

The panels are installed on the roof to independently trap energy, while the solar battery storage systems help to store extra solar energy for later use, and they can be useful at nighttime and rainy days.

A list of invoices issued to this reporter by Diadem Global showed that prices vary with capacity and range from about N300, 000 to N900, 000.

When Mrs Jaji has more money, she is hoping to upgrade her solar appliances and go for the options that can power her freezers.

Many like her should too as she has been telling her circle of friends about solar energy.

But with a population frustrated by years of unmet power demands, there is bound to be palpable fear among Nigerians as they may understandably nurse doubts about the unpopular solar alternative.

Mr Oyeniyi said the price of solar power will continue to crash with its popularity and patronage. Being a technology rather than a fuel, it will dominate the energy space, he said.