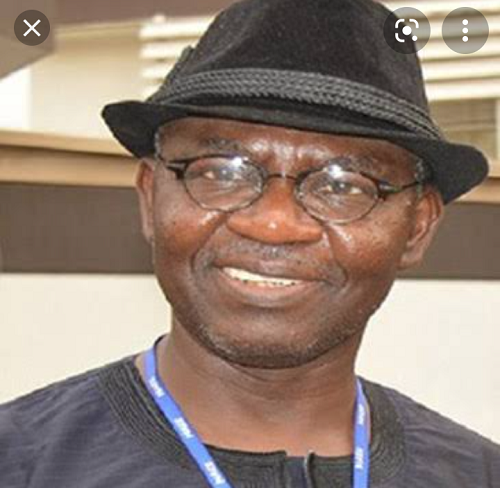 Signing of PIB by President Buhari is Laudable and Commendable- Prof. Iledare

Professor Wumi Iledare is part of the advisory team for the Petroleum Industry Bill (PIB) which was eventually signed into law by President Mohammadu Buhari after almost twenty years.

The Professor of Petroleum Economics who was the former President of Nigerian Association for Energy Economics (NAEE), commended President Buhari for signing the bill into law. He spoke at Channels NEWS at TEN that the bill is a starting point for the country’s petroleum industry and other gray areas will be addressed adding that the Host Communities should exercise patience as other means could be explored to take care of their grievances.

How do you see this feat achieved today through signing the bill into law by the President?

I think it is laudable and commendable and the passing of the bill is in order. Let me quickly remember two giants who participated in formulating the policy which was the original bill in 2008. They are both late I believe they are looking from above. One is Dr. Rilwan Lukman, who initiated the first bill in 2008 and the second person was Dr. Emmanuel Egbogah, who was part of the OIGC and he brought the policy development that led to this bill. This is commendable that the process which began in 2000 has come to fusion.

The Presidency is congratulated for claiming the ownership of the bill and also the 9th National Assembly who looked through it.

We were part of the advisory team in 2015 and we congratulate ourselves as well for being part of what we are experiencing today. However, I will not in a way sacrifice good bill for a perfect bill. This is laudable despite its imperfection, I think is something to really jubilate about.

The Host Communities have already rejected the 3% offered them in the bill. What could be the possible backlash since this has come to stay after signing of this bill?

I can understand the fear that the money is not enough for the kind of development they are expecting. But this is a federation and a political system and it is actually a compromising bill. No political bill can ever be perfect. But let me quickly add it is not that there is no better way to fund it, but starting with this is commendable in my opinion.

I am not saying it is enough but it is innovative and it far better than the 10% equity that the communities are asking. When you have an equity in a business, you can only have a dividend if profit is declared at the end of every accounting period.

Let me quickly douse the fear, if you really look at the sources of funding and other sources apart from this 3% and these other sources can be easily explored by the communities. They can get their legislators to derive some percentage of 13% fund and put it in the Host Communities. They could also ask for a portion of the Niger Delta Development Commission (NDDC) levy to be part of the community. They can also get grant from Nigerian Content Development and Monitoring Board (NCDMB).

Let us look at this 3% as a starting point in a political system that requires compromise.