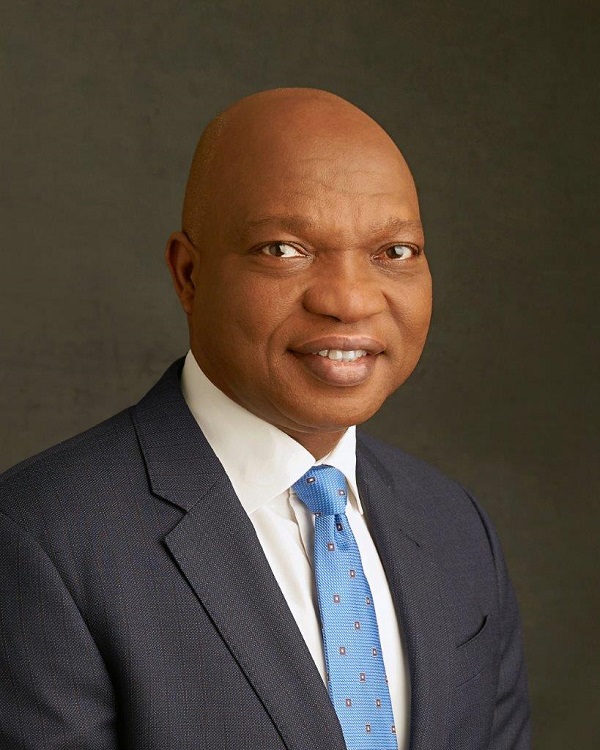 …Company’s remediation practices compliant with the Environmental Guidelines and Standards for the Petroleum Industry.

Oil spillage is an issue in the Niger Delta due to sabotage of oil facilities by vandals, oil theft and illicit refining by some unscrupulous elements in the region.

Commendably, in 2019, the Shell Petroleum Development Company of Nigeria (SPDC) JV reduced operational spills to their lowest levels, significantly reduced breaches from wellheads and cleaned up more spill sites than ever before. The energy company reported seven operational spills in 2019, a 46.6 percent decrease over the previous year (when it recorded 15 such spills).

The data available showed that in 2019, theft and sabotage resulted in 156 spills. In 2018, the figure was 109. SPDC JV has a policy that when a leak is identified, the team responds to contain any spilled oil and clean up. In 2019, SPDC JV remediated 130 sites.

The SPDC JV is working to eliminate spills from its operational activities, remediate past spills and prevent spills caused by crude oil theft, sabotage of pipelines or illegal oil refining. While SPDC operates to the same technical standards as other Shell companies globally, illegal activities continue to inhibit a normal operating environment.

Past spills from operational and illegal activities have been well documented, resulting in a clean-up programme and, where appropriate and compensation.

However, there is still much work to do to get the company to its target of Goal Zero in all spills (operational and third-party vandalism). But through a solid strategy, active partnerships, closer community engagements, bold security and new surveillance equipment, the company is steadily making good progress. This progress is in the following areas: Improving performance, preventing illegal activity, response and investigation, improving remediation and clean-up in Ogoniland.

Shell has a global ambition to achieve no harm and no leaks across all its operations. This is known as Goal Zero. To reduce the number of operational spills in Nigeria, the SPDC JV is focused on implementing its ongoing work programme to appraise, maintain and replace key sections of pipelines and flow lines. In 2019, SPDC completed another 30 kilometres of new pipelines, bringing the total laid over the last eight years to around 1,330 kilometres.

Community engagement and the ongoing commitment from government agencies has also helped shorten response times to incidents. SPDC’s average time to complete the clean-up of free and/or residual spilled oil has halved from 13 days in 2016 to seven days in 2019. Closer engagement with communities has helped SPDC to access spill locations more quickly, meaning on average that joint investigations now commence within three days in 2019 compared to six days in 2016.

Notwithstanding, the challenge of preventing spills relating to sabotage and theft by third parties remains. These illegal activities accounted for 95% of the SPDC JV spill incidents in 2019, a similar proportion to previous years.

In 2019, there were 156 theft and sabotage-related spills over 100 kilograms, up from 109 in 2018. This is due to factors such as increased availability of production facilities after a major export line repair in

2017, crude theft activities in an election year when government security agents can be reassigned, and the price of crude oil and refined products that is seen as an opportunity for illegal refining. Despite preventive efforts, spilled volumes from illegal activities increased to around 2,000 tonnes of crude in 2019, compared with around 1,600 tonnes in 2018.

When a leak is identified, production is suspended, and efforts made to contain any spilled oil. We regularly test our emergency spill response procedures and capability to ensure staff and contractors can respond rapidly to an incident.

In line with government regulations, a Joint Investigation Visit (JIV) team visits the spill site to establish the cause and volume of oil spilled. The team comprises representatives from SPDC, regulators, government security agencies, state governments and communities.

In addition to responding to recent spill incidents, the SPDC JV continues to identify and remediate legacy spill locations. In 2019, 130 sites were remediated and 123 certified by Nigerian government regulators, compared to 116 certified and 45 remediated in 2018.

Regardless of the cause, SPDC cleans up and remediates areas impacted by spills that come from its operations. In the case of operational spills, SPDC also pays compensation to communities impacted by the spill. Once the clean-up and remediation are completed, the work is inspected and, if satisfactory, approved and certified by Nigerian government regulators.

SPDC works with a range of stakeholders in the Niger Delta to build greater trust in spill response and clean-up processes. Local communities take part in the remediation work for operational spills. In certain instances, some non-governmental organisations have also participated in joint investigation visits along with government regulators, SPDC and members of impacted communities to establish the cause and volume of oil spilled.

The company has also worked with the International Union for Conservation of Nature (IUCN) since 2012 to enhance remediation techniques and protect biodiversity at sites affected by oil spills in SPDC’s areas of operation in the Niger Delta. This work includes using bioremediation, a process that uses micro-organisms to naturally break down and, ultimately, remove oil contamination.

In 2019, SPDC and IUCN joined forces on the Niger Delta Biodiversity Technical Advisory Group, which also includes representatives from the Nigerian Conservation Foundation and Wetlands International. The groups will continue to work together to monitor biodiversity recovery of remediated sites. Four sites have been assessed and selected as pilot sites for monitoring. These sites represent three ecosystems in the Niger Delta: land, seasonal swamp and swamp.

The Niger Delta Panel, an independent scientific advisor, has also provided input on oil spill response and remediation of soil and groundwater contamination. Based on this, SPDC strengthened its approach in this area.

SPDC’s remediation practices are compliant with the Environmental Guidelines and Standards for the Petroleum Industry in Nigeria (EGASPIN). The techniques adopted by SPDC are believed to be the most effective for the soil and climate conditions in the equatorial heat of the Niger Delta. Bioremediation using land farming techniques is recognised internationally and often advocated by regulators such as the United States Environmental Protection Agency and the Environment Agency in the UK. It aims to restore the land to conditions acceptable to human health and the environment. It stimulates the natural microbial processes that break down and use the carbon-rich oil contamination as a source of food and energy, ultimately leading to its removal.

Bioremediation has wider positive impacts, for example in developing local expertise and generating employment. SPDC, however does use other technologies where appropriate.

The SPDC JV is committed to minimising the impact of third-party incidents and spills. The company works with government agencies, non-governmental organisations and communities to proactively minimise spills from illegal activity. This work includes:

Using simplified zonal pipeline maps to enhance targeted response to third-party interference and prevent incidents from occurring. Since 2017, SPDC has also been able to remove more than 523 illegal theft points. Illegal theft points are identified by daily inspections from the air and on the ground.

Shell has also implemented anti-theft protection mechanisms, such as anti-tamper locks and steel cages for wellheads. Around 301 cages have been installed so far and around 80 more are planned for 2020 that will all come with CCTV technology. In 2019, three breaches of the cages were recorded out of 300 attempts. As a result, wellhead-related losses significantly dropped from about 30 kb/d in 2016 to less than 1 kb/d in 2019 across all SPDC operations.

SPDC is working with the relevant stakeholders to implement the 2011 United Nations Environmental Programme (UNEP) Report on Ogoniland.  Over the last eight years, SPDC has taken action on all, and completed most of the UNEP recommendations addressed specifically to it as operator of the joint venture. The UNEP report recommended the creation of an Ogoni Trust Fund with $1 billion capital to be co-funded by the Nigerian government, the SPDC JV and other operators in the area.

SPDC JV remains fully committed to contributing its share of $900 million over five years to the fund and made $10 million available in 2017 to help set up the Hydrocarbon Pollution and Remediation Project (HYPREP), an agency established by the federal government to lead the clean-up effort.

In 2018, the SPDC JV deposited a further $170 million into the escrow account to fund HYPREP’s activities, to complete its first-year contribution of $180 million. SPDC JV in 2019 contributed the next tranche of $180 million. At the end of 2019, the total contribution made was $360 million which represents the full amount due for the two years.

The IOC continues to work with the Bodo community in Rivers State and others to clean up areas affected by two operational spills in 2008. A memorandum of understanding granting SPDC access to begin the clean-up was signed in 2015 and two contractors were selected to conduct the clean-up, overseen by an independent project director.

The clean-up consists of three phases: 1) removal of free phase surface oil, 2) remediation of soil, 3) planting of mangroves and monitoring.

The removal of surface oil started in September 2017 and was completed in August 2018. Field remediation activities started in November 2019 following a contract procurement process to select remediation contractors.

800 community workers have been medically checked, assessed for their swimming ability to ensure they can safely respond to incidents in rivers and creeks, and trained to International Maritime Organisation oil spill response Levels one and two. Remediation is expected to take around 18 months. The clean-up will only be successful if the repeated re-contamination of cleaned-up sites from illegal third-party activity stops.

The SPDC Actions on UNEP Recommendations

Since 2011, SPDC has taken action on all the recommendations addressed specifically to it as operator:

It has re-assessed 15 SPDC JV sites mentioned in the UNEP report and remediated further where required with the sites certified by government regulators.

The multinational oil company has completed an inventory and physical verification of assets for decommissioning and working with joint venture partners and the Federal Government of Nigeria to develop a decommissioning plan for these assets.

SPDC completed a comprehensive review of its oil spill response and remediation techniques and made a number of improvements in line with industry best practices.

It has collaborated with the Rivers State Government to deliver water to impacted communities and built water facilities, which are expected to be upgraded as part of HYPREP’s planned activities.

Trained contractors on clean-up and remediation techniques and assigned specialist supervisors to a number of project sites to ensure effective oversight and compliance.

Shell continues to carry out regular aerial monitoring of the JV’s facilities in Ogoniland, including the creeks and pipelines, to identify new incidents or activities (such as theft and sabotage) which may result in environmental damage. Providing improved public access to information such as Joint Investigation.