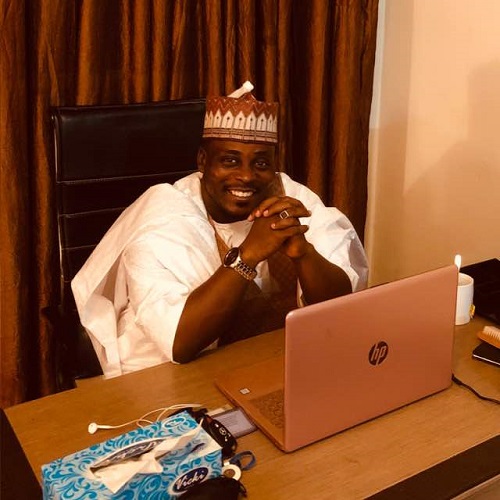 For decades now, nations have battled with issues concerning resettlement of refugees and displaced persons, and the most persistent problem across the world has always been, how to fully rehabilitate, resettle and reintegrate the persons of concern into the host communities successfully. With a growing population of refugees across the globe, there seem to be no end in sight for this pending resettlement problem.

Nigeria, today is faced with one of the biggest humanitarian crises in the history of the country, with a fast-growing population, the humanitarian landscape is filled with a high number of refugees and displaced persons and returnee migrants, whose mere means of livelihood has been eliminated.

According to a United Nations High Commission for Refugees (UNHCR) report in 2019, Nigeria had a total of 4.04 million POCs as of July, this figure includes over 2.2 million Internally Displaced Persons (IDPs), another 1.6 million returnees and an estimated 242,707 refugees. Interestingly, over the years, Nigeria has become a refuge of interest for refugees from Niger Republic, Chad and Cameroon.

For almost 10 years, the Boko Haram insurgency and other related violence in the North-east has forced the highest number of POCs into permanent and active displacement, with more than 2 million persons in the Lake Chad region left with increased vulnerability and a big hindrance to access to basic amenities.

President Muhammadu Buhari has used the National Commission for Refugees, Migrants and Internally Displaced Persons (NCFRMI), the agency saddled with the mandate for the protection, care, maintenance and durable solutions for the POCs as well as ensuring a comprehensive welfare for them. It is an established fact that for over 5 years, President Muhammadu has been steadfast in the support and approach towards delivering aid to this large population of vulnerable POCs.

As a responsive government, President Buhari deployed an inclusive approach in carrying out interventions, which has been exemplified in the context of specific interventions carried out for over 5 years, especially on issues relating to the refugees and Internally Displaced Persons (IDPs) and returnee migrants from across the globe.

The protection of refugees and displaced persons is among the top priorities of the administration, and that is further evident in the steps taken in further developing modalities for inclusion of refugees in the social safety nets through the National Social Investment Programme (NSIP) in order to make everyone count, most especially the persons of concern.

President Buhari further recognised that having durable solutions like the full rehabilitation of displaced persons and the provision of sustainable livelihood assistance, including resettlement; requires persistent workable plans, such plans came with the appointment of a new Honourable Federal Commissioner in the person of Senator Basheer Garba Mohammed for the commission last year, on the 29th August to be precise.

Also, at the forefront of this struggle is the Minister of Humanitarian Affairs, Disaster Management and Social Development, Hajiya Sadiya Umar Farouk, who has tirelessly and continuously supported the commission in its efforts of ensuring a successful resettlement, rehabilitation and reintegration of persons of concern.

Upon assumption into office, the Honourable Federal Commissioner, Senator Mohammed made the commission’s priorities for the year 2020 and beyond take a shift towards delivering a holistic strategy that sets resettlement and reintegration of persons of concern as primacy.

This strategy gave birth to the NCFRMI’s Resettlement City Development & Rehabilitation Programme aimed at responding to the growing need and request of the large numbers of IDPs and refugees in the country as it is worthy of note that as of December 2019, Nigeria has more than 1,000 formal and informal IDPs camps across the country.

A 2019 needs and mobility assessment report indicated that more than 80 percent of these persons of concern, who were displaced in these camps and many other camps in the neighbouring countries were ready and willing to return to communities of free movement, security and sustainable means of living.

And to make their dreams of such return come true, Senator Mohammed’s Resettlement City Programme has been geared towards establishment of resettlement cities across the states in Nigeria, and designed for long-term impact through the reintegration, rehabilitation and resettlement initiatives for the persons of concern as well as a harmonious coexistence with the host communities.

Each resettlement city will include educational learning centres, religious centres, health facilities, recreational parks, skill acquisitions centres as well as security stations. Each city will also have easy access to water, solar electricity and be attached to social services that support their reintegration.

This is in lieu of the fact that the Honourable Federal Commissioner recognised the importance of ensuring a beneficial relationship between the host communities and the persons of concern, thereby ensuring a strategy of providing social amenities that will be beneficial to both parties and encourage a sustainable user-friendly relationship.

Senator Mohammed further recognised a very important inclusion in the resettlement city; is having learning and educational centres for the person of concerns, as the need to give the growing population of youths in these camps basic education, even if its just to learn how to read and write. The relevance of this aspect of the resettlement city cannot be overemphasised.

As the Honourable Federal Commissioner likes to put it himself, ‘a boy or a girl who has been in the displaced persons’ camp since the beginning of the Boko Haram crises has probably been out of school for about a decade. That is ten wasted education years for the millions of youths in the camp. This should be a source of concern for anybody’.

As the situation of displaced persons in the country gets direr as a result a number of crises, the commission in its efforts to bring comfort and succour to the persons of concern has worked tirelessly to secure vast amount of lands in some states across the federation for the establishment of the historic resettlement city, and the Honourable Federal Commissioner has ensure that every stakeholder is on board as the programme moves to the next level.

Therefore, as the commission plans to add another mandate to its welfare plate for the persons of concern in camps across the states by providing a long-term and durable solution to the resettlement issues at hand, there is a growing need for more assistance and support for the commission as provided through collaborations with various donors within the country and well-meaning Nigerians to this programme.

It goes without saying that a programme of this magnitude needs the continuous support and assistance of everyone in the country, from the government at all levels, corporate bodies to individual who wish to be part of this historic project. A project that is modelled to be the best in Africa and at completion, will be the pride of the nation and its people – there should be a general call to action.

Like we all know, displacement is often a survival mechanism, when fleeing is the only resort people have in order to avoid imminent danger or hardship. However, displacement also tends to make people vulnerable, often exacerbating the difficulties they already face as a result of the surrounding – armed conflict or violence. Displaced people are torn away from their usual surroundings and social support networks. Families are often ripped apart and relatives may be killed or go missing during transit.

The loss of income, possessions and sorts leaves internally displaced persons and returnee migrants unable to meet even their most basic needs in a predictable way or access to basic services. It is our collective duty to help the government and the commission bring back smiles to the faces of these people – for humanity and for ourselves through the commission’s Resettlement City Development Programme.

Sadiq is the Special Adviser, Media and Publicity to the Honourable Federal Commissioner, National Commission for Refugees, Migrants and Internally Displaced Persons (NCFRMI).