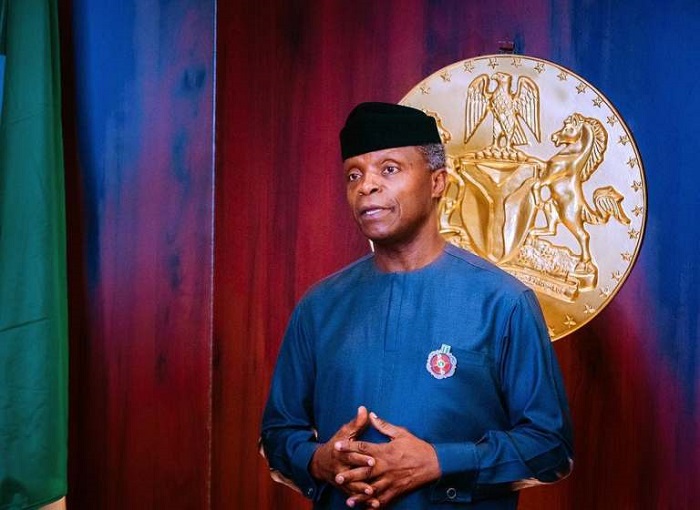 The Presidency has debunked the rumoured involvement of Vice President Yemi Osinbajo in a road crash in Abuja on Monday.

Some online news platforms on Monday claimed Osinbajo’s vehicle, which was on its way to the Nnamdi Azikiwe International Airport, Abuja, for onwards departure to Owo in Ondo State, had sommersaulted on the expressway.

However, in response to the report, the Vice President’s spokesman, Laolu Akande, debunked the media’s claims.

Office of the Vice President, said the vice president only stopped to assist a victim of road accident on his way to Owo, Ondo State, to visit the site where terrorists attacked worshippers in a church on Sunday.

Akande on his Twitter handle@akandeoj said: “On his way to the airport this morning, VP came across a road traffic accident, stopped to lend assistance, & ensured victim was taken to the hospital with VP’s convoy ambulance. He then proceeded on his trip and is now in Ondo State heading to site of yesterday’s attack in Owo.”